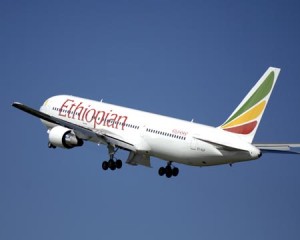 Ethiopian Airlines has announced that it will commence scheduled four weekly flights to Incheon International Airport in Seoul, the Republic of South Korea, effective 18 June 2013.

With this new flight, Seoul will be connected to dozens of cities in Africa via Ethiopian main hub in Addis Ababa. Convenient connections will be available to and from major African cities such as Johannesburg, Nairobi, Lagos, Accra and Dar-es-Salaam.

Seoul will be Ethiopian Airlines’ 73rd international destination. The inclusion of Seoul into Ethiopian network is part of Ethiopian Vision 2025 of connecting Africa with the major world economic and financial hubs.

Seoul is the fourth largest metropolitan economy in the world, after Tokyo, New York and Los Angeles. It is home to four UNESCO World Heritage Sites: Changdeok Palace, Hwaseong Fortress, Tongmyo Shrine and the Royal Tombs of Joseon Dynasty. The city is also known for a number of modern landmarks including Lotte World, the world’s largest indoor theme park, Moonlight Rainbow Fountain and many more attractions.

Gold Star Aviation is the general sales agent of Ethiopian Airlines in Greece.