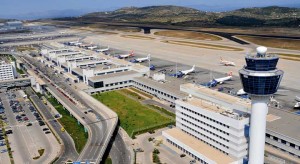 According to an announcement of HOCHTIEF Aktiengesellschaft dated on 7 May, HOCHTIEF AirPort GmbH was sold for 1.1 billion euros ($1.44 billion). HOCHTIEF AirPort holds participations in the airports of Athens, Budapest, Düsseldorf, Hamburg, Sydney and Tirana. Combined, these airports handle approximately 95 million passengers annually.

The transaction will have retroactive economic effect as of 1 January 2013.

Hochtief, which is controlled by Spain’s ACS, has a stake of some 40 percent in Athens International Airport, with some five percent being held by private investor Copelouzos Group and 55 percent by the Greek state (Hellenic Republic Asset Development Fund-30 percent and the Greek state-25 percent).

“HOCHTIEF AirPort is passing into the hands of a long-term and trustworthy investor which will continue to support the airports business in a responsible manner. We have, thus, also achieved our goal of offering a perspective to the employees. We are particularly happy about this,” Peter Sassenfeld, member of the Executive Board of HOCHTIEF, Chief Financial Officer and Labor Director of the Group, said in the announcement.

According to reports, Chinese investors had recently expressed strong interest in the upcoming privatisation of the airport, including Hochtief’s stake.