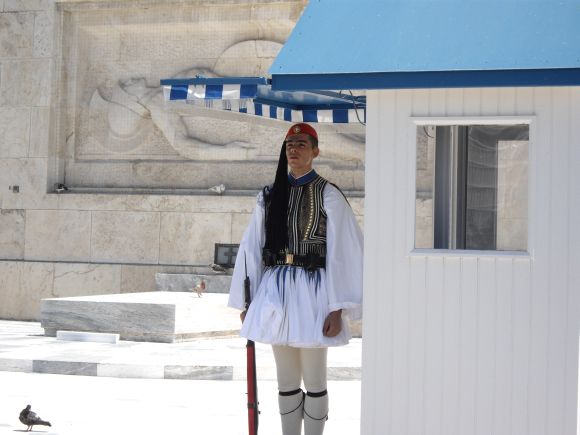 BBC’s Mark Lowen went and met the Presidential Guard (Evzones), the elite ceremonial unit that guards the Greek Tomb of the Unknown Soldier, the Presidential Mansion and the gate of Evzones camp in Athens.

The BBC refers to the Evzones or Tsoliades (in Greek) as “one group of people that rarely move and stand in position every day” despite what goes on around them (demonstrations, etc).

“Their traditional uniforms and demeanour make them a tourist attraction – but they perform an important and highly respected function too,” the BBC said. 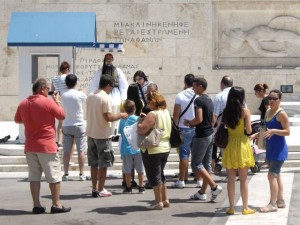 The Presidential Guard has a history which stretches over more than a century. It was founded on 12 December 1868 as a combatant and at the same time ceremonial force. Gradually its role became solely ceremonial, as can be seen by its changing names: the Palace Guard, the Flag Guard, the Guard of the Tomb of the Unknown Soldier, the Royal Guard and finally, since 1974 and the restoration of democracy, the Presidential Guard.