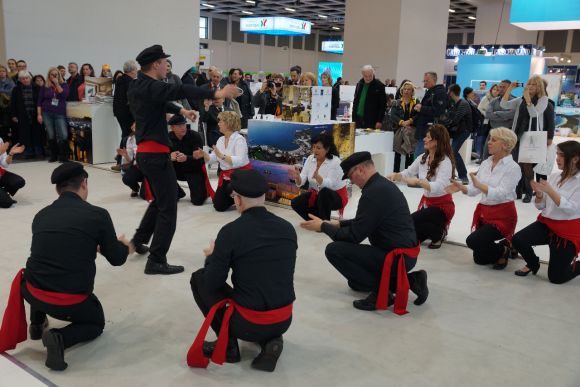 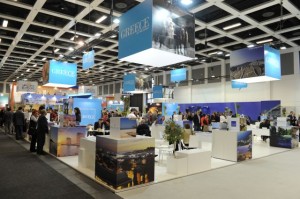 The Greek National Tourism Organization’s (GNTO) stand at this year’s ITB Berlin (6-10 March) introduced Greece’s regions to international tourism professionals and the media through a series of events during the weekend of the exhibition.

Various dance groups gave performances of Greek traditional dances (photo above) with the participation of Greek and German amateur dancers.

Greece: “Best Of The Best” 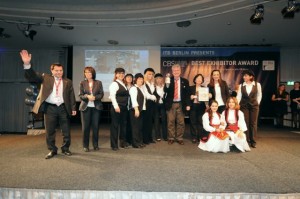 It is reminded that the Greek stand at ITB Berlin 2013 came in second place in the Europe category of the Best Exhibitor Awards (photo right), held by students of the Cologne Business School (CBS) on Saturday, 9 March.