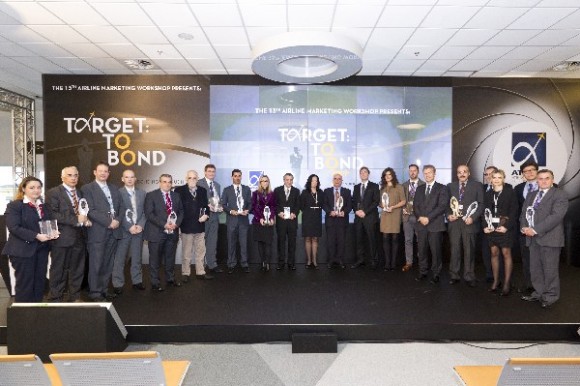 Group photo of airlines that recorded the highest passenger development in 2012.

Athens International Airport (AIA) honored airlines that recorded the highest passenger development in 2012, during the 13th Airline Marketing Workshop held at the airport on 14 February 2013.

As every year, AIA presented its annual awards to the airlines that demonstrated the fastest development and succeeded in recording the highest increases in passenger numbers in their scheduled services during 2012.