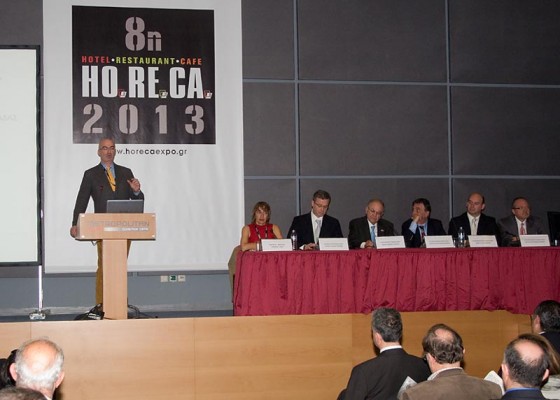 Hellenic Chamber of Hotels President Yiorgos Tsakiris applauded the tourism forum for chambers organized by Touristiki Agora magazine and underlined that attracting visitors from major markets such as China and Brazil would have a very positive effect on Greek tourism.

Greece’s need to attract tourists from new, booming markets and the importance of synergies between neighboring countries to facilitate the travel of tourists from far away destinations were the main topics discussed at the tourism forum for chambers that took place during the recent 8th HORECA Expo.

The forum hosted chambers that represent target markets for Greek tourism (China, Italy, Turkey, Brazil and Canada) and aimed to provide a platform to discuss ways to attract more visitors to Greece.

The presidents of the chambers also discussed effective ways to further facilitate the travel of visitors between those countries. 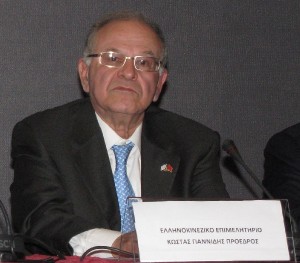 “We expect the tourism cooperation between China and Greece to become stronger so more and more Chinese tourists will visit our country,” Hellenic-Chinese Chamber President Kostantinos Yiannidis said.

The Chinese market is considered a major emerging market for tourism. Last year, some 82 million Chinese tourists traveled to Europe with a total consumption of 64.4 billion euros.

However, Greece has yet to see major growth from this market due to the Schengen visa procedure and lack of visa centers in China.

According to Mr. Giannidis, visa centers in China are permitted only in cities where consular authorities are present. This results to Greece attracting visitors from only four Chinese cities.

He also stressed that a direct air link between the two countries was essential. 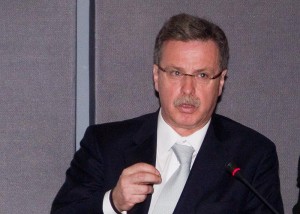 Greece is the second preferred destination of the Italians after Spain, according to the Hellenic-Italian Chamber.

However, Mr. Tsamichas did underline that Greece must solve obvious and frequent problems related to infrastructure, museums and archaeological monuments (special mention was made to opening/closing times), transport and cruise and marina development.

He also highlighted that synergies were necessary between Italy, Greece and Turkey to attract the booming Chinese and Brazilian markets.

The company’s representatives have invited Greek and Turkish tourism professionals to join their network to offer joint travel packages to the Chinese and the Brazilian markets. 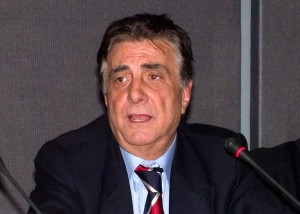 The Schengen visa restrictions were also mentioned by the president of the Hellenic-Turkish Chamber, Panagiotis Koutsikos.

Mr. Koutsikos highlighted the importance of the Greek State’s decision in 2011 to facilitate visa requirements for green passport holders of Turkey. As a result, arrivals from Turkey to Greece in 2011 increased to 520,000 from 215,000 in 2010.

However, Mr. Koutsiskos questioned the new policy that prohibits Turkish tourists traveling to Greece by cruise ship without a visa.

“There will be a problem this year as 80,000-100,000 Turks made bookings before this policy was announced and have already made deposits,” he stressed.

Mr. Koutsikos underlined the importance of synergies between the two countries when he mentioned the positive results from last year’s special 10-14 day travel packages to Greece and Turkey organized by UK and German tour operators.

Tourists that purchased the low-cost packages and visited both countries were said to have exceeded 1 million. 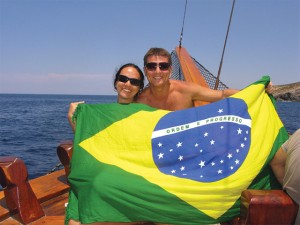 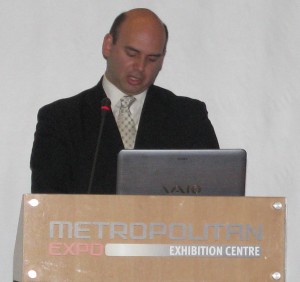 “Greece is a leading destination for Brazilians who see the destination as a dream soon to be fulfilled,” the president of the Hellenic-Brazilian Chamber, Kimon Patkos, said. According to the chamber, some 9.5 million Brazilians travel abroad annually.

A very positive factor for Greece is that Brazilians do not require a visa to travel.

Brazilians usually travel twice a year (February and July) with an average length of stay of around 15 days and mainly opt for destinations that offer sports tourism, city tourism, nature activities (mild to extreme experiences), youth tourism and medical/wellness tourism.

“This is a very important market and should be given the same degree of significance as the others,” he said.

Mr. Patkos added that synergies between Greece, Turkey and Italy are essential to attract Brazilian tourists to those countries. 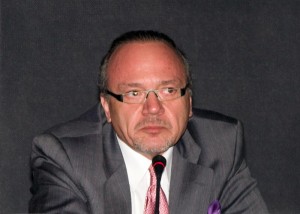 The majority of visitors from Canada to Greece until now are Greek-Canadians that visit their home country, according to the Hellenic-Canadian Chamber.

The president of the Hellenic-Canadian Chamber, Konstantinos Katsigiannis, said that one of the main difficulties in attracting tourists from Canada is the lack of a direct all-year-round air link connecting the two countries.

He said the Canadian Institute in Greece was making efforts to attract Canadian university students to Greece to take part in excavations and study antiquities.

However, the number of visitors still remains small despite the broad possibilities that exist.

The chamber’s president added that safety in Greece has become a major issue for Canadians as they are recommended to “be cautious” when visiting our country.

The tourism forum for chambers was an initiative of the Touristiki Agora magazine in cooperation with the Hellenic Chamber of Hotels and was held under the auspices of the Greek National Tourism Organization and supported by the organizers of HO.RE.CA.