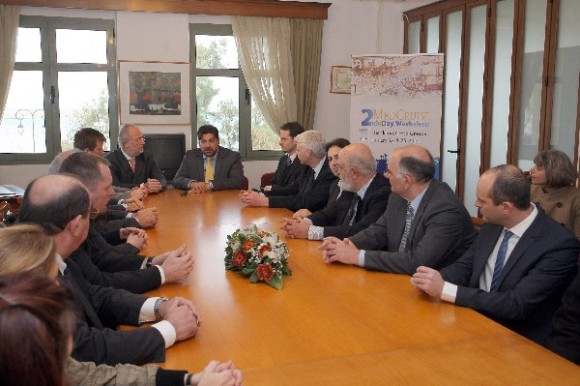 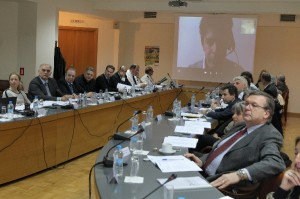 The second workshop of the Association of Mediterranean Cruise Ports was held at the Heraklion Chamber of Commerce and Industry and attended by 15 Mediterranean port officials from eight countries and international and Greek companies of the cruise industry. On the Greek side, attendees included Andreas Stylianopoulos of Navigator Travel and Tourist Services Ltd. (representative of Royal Carribean in Greece), Michalis Nomikos of Donomis Cruise Services and Vasilis Gkazikas of Louis Cruises.

The establishment of the best ideas, practices and initiatives to improve the charging policy of ports, was focused on during the Second MedCruise Day Workshop held in Heraklion, Crete, 24-25 January. MedCruise is the Association of Mediterranean Cruise Ports.

The goal of the MedCruise workshops is to establish a platform for the exchange of ideas that aim for the Mediterranean to become the most dynamic cruise destination in the world.

On the issue of port charges, all parties agreed that results would be seen only if the ports worked in a coordinated manner and put pressure on the governments that handle the issue.

During the workshop, discussions focused on improving the process and parameters for the berth allocation of cruise ships so to achieve the highest service and reduce costs for both companies and ports. 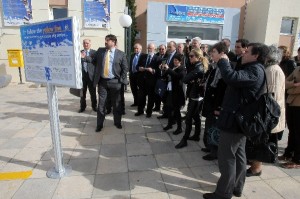 On the sidelines of the Second MedCruise Day Workshop, guests were given a tour of the Heraklion Port and treated to traditional Cretan hospitality. The tour included a visit to a “raki” distillery and the tasting of traditional oil. According to the port authority’s president, Ioannis Bras (left), the tour was “a rehearsal” of the winter excursions cruise passengers will find available in Heraklion.

Also discussed was the issue of a better “port-city cooperation” that would help improve services offered to cruise passengers at each destination.

In addition, on the occasion of the workshop, the agreement between Heraklion Port and Louis Cruises, for a new berthing space located in the western part of pier III, was finalized.

According to the Heraklion Port Authority, the choice of Heraklion as the host city of the Second MedCruise Day Workshop came to highlight the “vote of confidence” the cruise industry has shown to the port and its administration.

“The reliability, the steady improvement of the level and variety of offered services… and the efficient cooperation among the port, the municipality, stakeholders and local businesses, are just some of the elements of Heraklio port’s new image,” the authority’s president, Ioannis Bras, said.