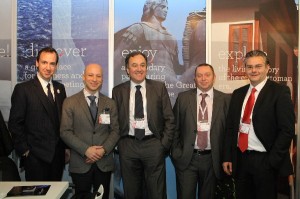 Thessaloniki was presented as an attractive quality tourism destination for Turkish travelers at an event held for Istanbul-based travel agents, journalists and Greek correspondents, by the Thessaloniki Hotels Association, last week in Istanbul, Turkey.

The event was held on the sidelines of the 17th EMITT (East Mediterranean International Travel and Tourism Exhibition) at the Tuyap congress center.

“It is significant that Thessaloniki is becoming one of the favorite destinations for Turkish travelers,” the association’s president, Aristotelis Thomopoulos, said.

During the presentation, Turkish travel agents were requested to arrange travel packages to Thessaloniki and the region of Central Macedonia to boost tourism traffic to the destinations of northern Greece. 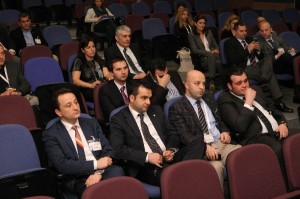 “Thessaloniki and our other cities are very good choices for short breaks -‘city break’ destinations-‘ that can combine accommodation in exceptional hotels with shopping in our stores and malls, traditional food from our local cuisine and entertainment for which we are well-known for,” the regional governor of Central Macedonia, Apostolos Tzitzikostas, said.

In addition, the audience was informed in regards to the possibilities and prospects expected from the daily Thessaloniki-Istanbul route of Turkish Airlines.