Travelport Among Members Of Initiative To Combat Human Trafficking 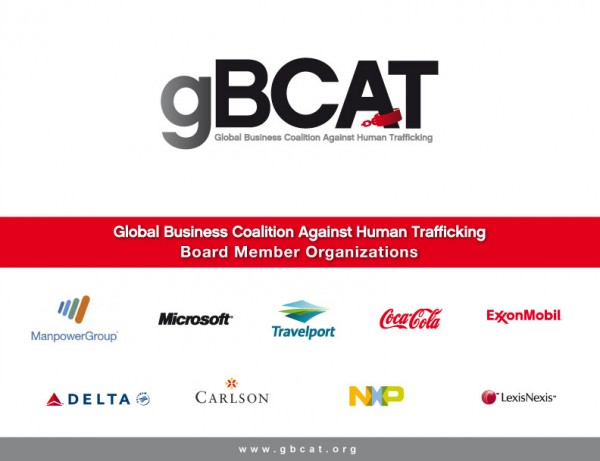 Global distribution systems (GDS) provider Travelport is one of the names in global business that has joined The Global Business Coalition Against Human Trafficking (gBCAT), a group of global corporations that recognizes that business can play a role in the effort to end human trafficking and all forms of modern day slavery.

According to the International Labor Organization, there are nearly 21 million slaves in the world today. After working for over a year together and independently, today gBCAT formally announced its mission to mobilize the expertise, resources and voice of coalition members to help fight against human trafficking, which includes all forms of forced labor and sex trafficking, most notably child prostitution.

gBCAT will focus on four key areas where global companies have the most significant impact:

– Training and Education: Providing guidance to companies to implement internal training programs and best practices.
– Supply Chains: Working to identify and prevent forced labor in supply chains and operations.
– Sex Trafficking: Raising awareness of company policies to combat sex trafficking, with a particular focus on the sexual exploitation of children in travel and tourism.
– Communication and Outreach: Supporting and developing gBCAT’s coalition members’ thought leadership, transfer of best practices and public engagement on efforts to abolish human trafficking and all forms of forced labor.

For further information on the initiative: www.gbcat.org

Hilton Supports “The Smile Of The Child”