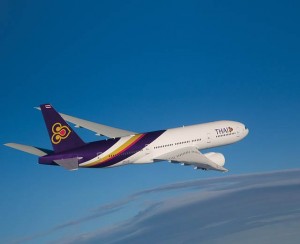 The Greek capital is expected to become somewhat isolated in terms of air travel, as major airline companies such as Delta Airlines, Thai Airways (photo), Gulf Air and Singapore Airlines have decided to cease direct routes to Athens as of October.

The Tourism Ministry will seek cooperation with other ministries to upgrade Greece’s regional airports and increase Athens airport’s competitiveness, according to Tourism Minister Olga Kefalogianni.

The tourism minister met with Development Minister Kostas Hatzidakis in late July to discuss a comprehensive air transport strategy to overcome problems in Greek airports and strengthen the country’s tourism.

“Air transport is a key tool for our country’s tourism development and as a ministry we pay particular attention to aviation policy to make Greece a more competitive tourism destination,” Mrs. Kefalogianni said.

On his part, the development minister, Mr. Hatzidakis, said a fair policy towards all carriers, Greek and foreign, was essential, one that would not create problems in relation to community law.

In regards to a possible reduction of the infamous spatosimo airport tax, the tourism minister noted that the planning of an air transport strategy is top priority and problems that have hindered competition would be taken under consideration.

According to recent data, international arrivals to Greece for the January-July period declined by 3.77 percent compared with the same period last year.

The data showed that Athens International Airport (AIA) recorded the biggest drop with a 14.2 percent decline.

Tourism professionals have argued for some time that the airport itself is to blame since its pricing policy is considered among the most expensive in all of Europe.