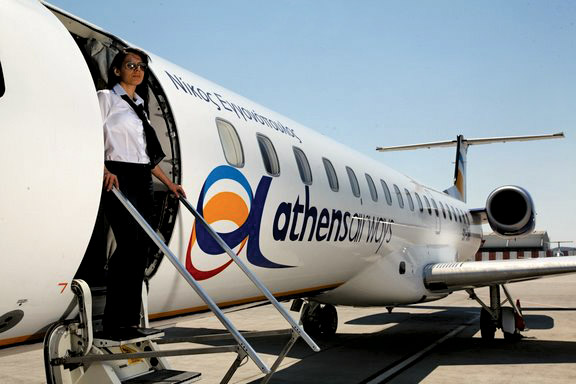 Athens Airways was recently declared in default by the Civil Aviation Authority (CAA) and was annulled from serving the nine state subsidized air route destinations it had undertaken in April. The routes are now assigned to Olympic Air and Sky Express.

According to press reports, cancellations and long delays of Athens Airways had cost the company 26,000 euros in fines imposed by the CAA.

On its part, Athens Airways said that fines were indeed imposed on the airline due to flight delays/cancellations because of technical issues and safety reasons. The airline referred to them as “isolated incidents.”

The airline also expressed fears that the “orchestrated attacks against the company are yet another indication of the risk of monopolistic outcome of the airline market in Greece.” Athens Airways said it would take up the issue in court.