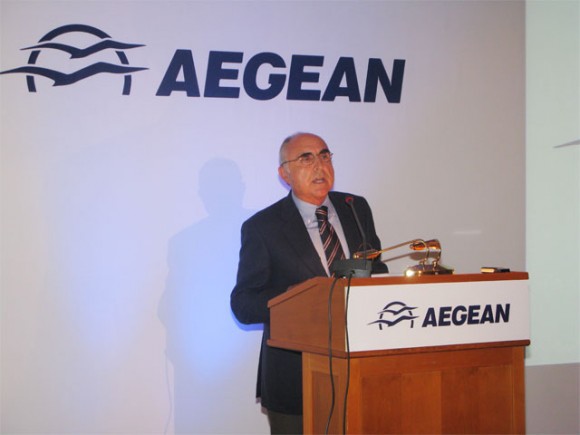 Aegean Airlines last month rejected allegations from Olympic Air that the launch of the Thessaloniki-Istanbul route on 9 September was a result of a secret agreement between the airlines, the Foreign Ministry and the Civil Aviation Authority.

Speaking at a press conference, Aegean Airlines Vice President Eftihios Vasilakis, emphasized that the agreement for a second airline to cover the Istanbul route was originally signed in 1948.

“Since 1996 the Civil Aviation Authority had the discretion to appoint a second airline apart from Olympic to cover routes outside the European Union without further approval by another institution such as the Parliament,” Mr. Vasilakis said.

The vice president of Aegean Airlines said that according to procedure, since the agreement involved non-EU countries, representatives from the Foreign Ministry were obliged to participate in the agreement.

“Aegean Airlines was appointed as that second airline on 15 July 2004 -not in 2009- and since then was trying to get a slot at Istanbul’s Ataturk airport to start flying,” Mr. Vasilakis said.

Aegean Airlines achieved this in May 2009.

In regards to which airlines would serve the 24 state-subsidized domestic routes (agones grammes), the previous government had announced that Olympic Air, as former national carrier Olympic Airlines, would continue to serve the routes until a new tender produced a winner. A tender was cancelled in September due to the announcement of early parliamentary elections in October.

Aegean Airlines then sent an out of court protest to the former transport ministry, through which the company sought clarification on the ministry’s decision to extend contracts with Olympic to serve the state-subsidized domestic routes. The airline hinted acts of favoritism from the former ministry’s side to Olympic Air.