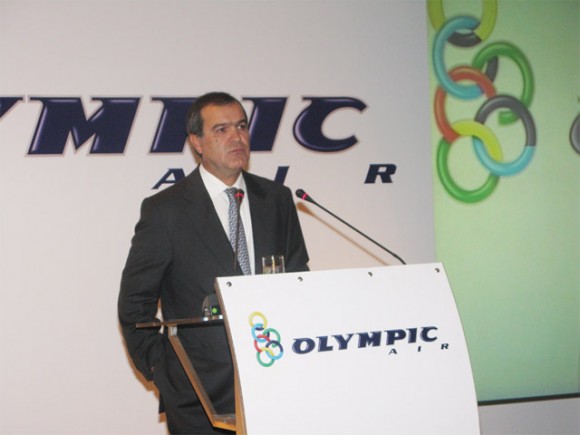 MIG President Andreas Vgenopoulos recently criticized Transport Deputy Minister Nikos Sifounakis as he made reference to a “scandalous government inability” and “lack of specific policy in air transports” in regards to the latter’s handling of the interim state-subsidized four-month period route tender.

In mid-October, Infrastructure, Transport and Networks Minister Dimitris Reppas had launched an invitation for tenders for the 24 state-subsidized air routes to remote Greek islands after the cancellation of the initial tender in September due to the  parliamentary elections (the winning airline is to be announced on 1 March 2010).

However, given the fact that Olympic Air, the successor of Olympic Airlines, was servicing the routes until 30 November, the Civil Aviation Authority launched on 2 November a temporary tender to determine which airline would fly the routes temporarily until the official winner of the competition takes over.

In an unexpected turn of events, on 13 November it was announced that the contracts for 15 out of the 24 routes went to Athens Airways and Sky Express for the 1 December 2009-1 April 2010 period.

According to MIG’s president, Olympic Air had offered to service 16 out of a total 24 remote destinations with zero subsidies and the remaining eight with a small subsidy that would cover operating expenses. “But instead the Civil Aviation Authority assigned 15 of the routes to two obscure airline companies for 2.2 million euros,” Mr. Vgenopoulos stressed.

Meanwhile, the head of the Civil Aviation Authority, Odysseas Vlamis, said Olympic Air was excluded from the temporary tender because the company submitted an offer “with conditions.”

Aegean Airlines also questioned its exclusion from the interim tender. According to reports, the airline missed out due to a “technical issue.”

As for the nine remaining state-subsidized routes, the Civil Aviation Authority said a new tender was proclaimed and results are to be announced.