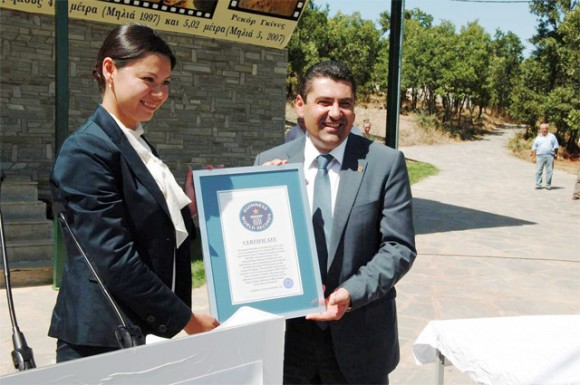 Grevena Prefect Dimosthenis Kouptsidis shows off the official certificate from Guinness World Records that certifies that the two record-breaking mastodon tusks found by palaeontologists at Milia, Grevena are the longest ever found.

The Guinness Book of Records last month officially entered two fossil mastodon tusks found in Milia, Grevena at 5.02 metres in length and dating back three million years as the largest ever found.

The tusks, which belong to the extinct mastodon species Mammut borsoni, were discovered in excavations carried out in 2007 by a team from the Aristotelio University of Thessaloniki, headed by Geology professor Evangelia Tsoukala. 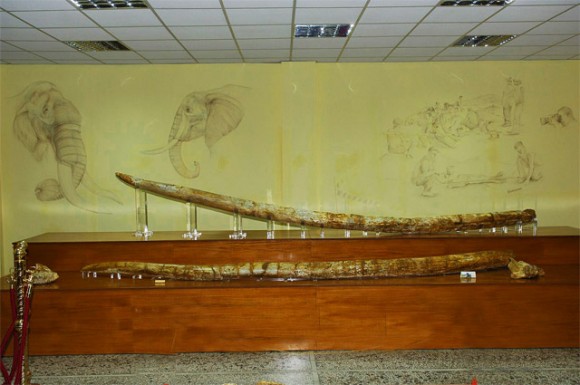 The two fossil mastodon tusks found in Milia, Grevena at 5.02 metres in length and dating back three million years.

The new record breaks the previous one held by a 4.39-meter tusk that had been discovered in 1997 in the same region again by the Aristotelio University’s excavating team.

In a special event the Guinness record was attributed to the Grevena Prefecture and the Milias Natural History Museum where the tusks are on display.