SkyTeam, the global airline alliance that partners 10 members and three associate carriers, celebrated its ninth year with a beach party at Astir Beach in Vouliagmeni.

On the news front, Skyteam members Delta Air Lines and Air France/KLM announced changes to their groups in early September. 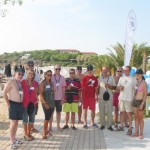 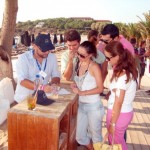 Branislav Rovny, Balkan and Middle East regional director of Czech Airlines, is seen here (left photo) taking the names of guests who decided to hit the waters at Astir Beach and try out some water sports. 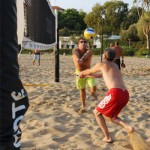 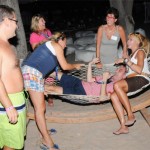 Uh oh! Did the mojito's kick in? Skyteam threw a beach party and said farewell to the summer at Astir Beach last month.