The work relations between hotel owners and appointed general managers were analyzed at the sixth Panhellenic Hotel Management Conference held recently in Athens by the Action for the Development of Tourism and Tourist Education (DRATTE).

The conference, entitled “The dynamics of the hotel general manager position in Greek travel affairs,” reported on prevailing trends in the hotel market and the modern methods of management of hotels.

The first session of the conference opened with the results of the study titled “Relations of Hotelier and General Manager,” which sketched a general profile of hoteliers and general managers and aimed to determine the possible problems within their work relationship. The study was conducted by the tourism research institute of DRATTE. 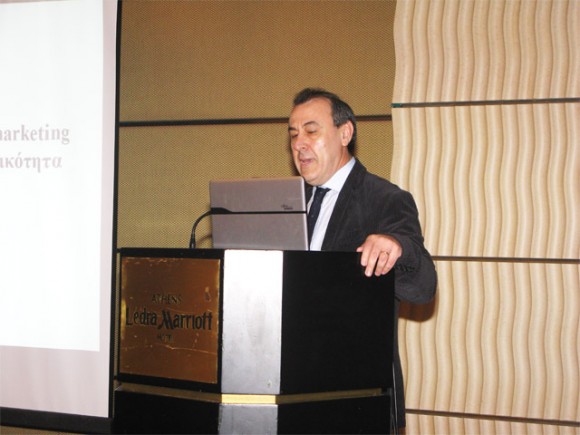 “The hotelier must approach the market with the question ‘Tell me what you want me to sell you’ before any marketing action is taken,” said Loukas Douvas, managing director of the Athens-Attica Hotel Association, during his presentation on the dynamics of modern marketing in the hotel reality. “The hotelier must get to know their customers well, understand their needs and then develop appropriate products and services to meet those needs,” he said.

The study’s conclusions were a result of 146 hotelier interviews and 163 interviews of general managers of 3-, 4- and 5-star hotels and resorts of Greek cities.

According to hoteliers’ interviews, they agree with managers on many issues including the separation of each side’s professional responsibilities.

For example, payments are subject to the hotel owner while the control of cost, transactions and dealings with travel agencies are among the general managers obligations. The planning of policies is a joint issue.

On the other hand, the majority of general managers replied that one of the main problems they face is the ignorance of the hotel owners on issues in regards to the specifications of hotel operations (the study showed only 47 percent of hoteliers have majored in tourism studies). However, one of the main reasons a general manager would resign from a hotel is the inability to communicate with employers.

Another issue mentioned was that a general manager is paid a salary while the hotel owner bears the financial risks of the establishment (35 percent of hoteliers claimed the general manager’s high salary is one of their biggest problems). The second key problem identified by hotel managers is the involvement of the hotelier and his team (in many cases family members) in the guidance of staff, which is among the general manager’s obligations.

The study showed that hotel owners admitted to the management staff “interference” as 96 percent said that they intervene.

The study’s main conclusion was that the two major problems within the relationship of hoteliers and general managers are the separation of responsibilities and the respect of each other’s role within the operation of a hotel.

Speakers of the conference included professionals in the field of hotel and tourism education, who focused on issues in regards to hotel revenue growth, effective human resources management in the hotel industry and the application of new technologies in the sales department of hotels.

One of the main discussions of the conference evolved around the on-going problems faced by the tourism sector due to the economic crisis.

The conference was held with the support of Greek Travel Pages and GTP Direct E-mail.