Greece to Shine at Utazas 2009

Greece will be the country of honor at the 32nd International Tourism Exhibition Utazas in Hungary during 26 February – 1 March.

According to the commercial counselor of the Greek Embassy in Budapest, Tzanetos Karantzis, an all around promotion of Greece is planned that covers tourism, local products, gastronomy and culture. 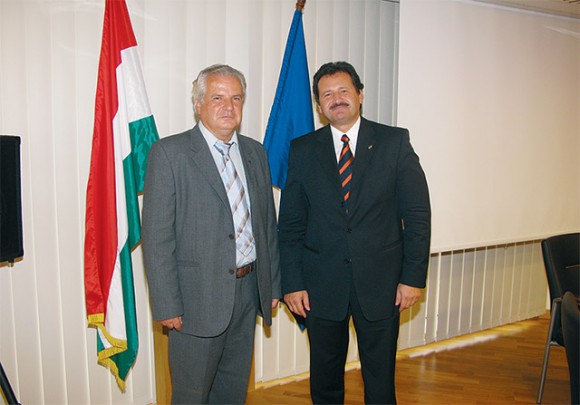 Konstantionos E. Konstantinidis, honorary consul of the Republic of Hungary for Crete and Ambassador of Hungary to Athens, Jozsef Toth. According to Mr. Konstantinidis, Crete has grown to become one the most favorite destinations of Hungarians and the island will participate at Utazas 2009 with an emphasis on local unions.

In regards to the promotion of gastronomy and local products, a Greek Village will be constructed where a culinary parallel exhibition will take place.

“This is an excellent opportunity for Greece to be presented to the Hungarian public in many ways,” said Ambassador of Hungary to Athens Jozsef Toth.

The ambassador said that the Greek presence in the Utazas exhibition would not be limited to the promotion of Athens, as Greece is known for a wide variety of regional areas.

He also expressed his hope that the Greek participation in the exhibition would change the way Greeks see Hungary as a holiday destination.

According to the ambassador, some 300,000 Hungarians visit Greece annually for at least a week, while 120,000 Greeks visit Hungary for a maximum stay of two days (Budapest mainly) as a stop before traveling to Prague or Vienna.

All Eyes On Global Economy at World Travel Market ‘08