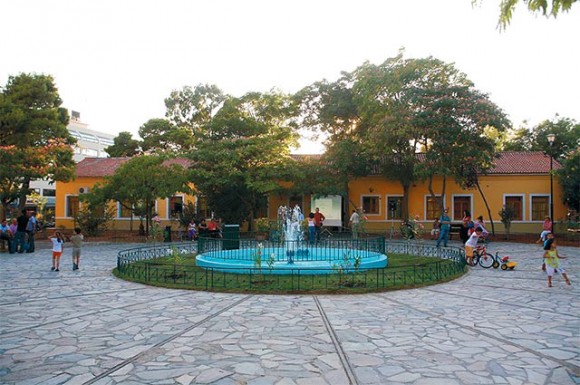 Athens Mayor Nikitas Kaklamanis recently launched a cool recreational oasis for residents of the Votanikos area – a revamped square on the corner of Spyrou Patsi and Sidirokastrou streets.

The square’s regeneration forms part of the City of Athens “We’re Taking Note and Taking Action” program, whose aim is to rapidly detect everyday problems in all seven city districts.

As part of regeneration works at the square, the City of Athens extended the site, built a children’s playground, replaced lighting, added greenery and renewed tile surfaces. The municipal administration reopened an existing cafe in response to requests from local residents.

Also, the City of Athens recently proposed the pedestrianization of Athinas Street within the framework of the renovation works at Monastiraki Square, which is due to be reopened to the public in September. The issue was discussed at a meeting between Mayor Kaklamanis, chairman of the Unification of the Archaeological Sites of Athens SA, Kyriakos Griveas, and agencies and associations based in the historic center.