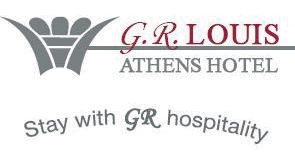 G.R.louis S.A, the company that manages the five-star G.R.Louis Athens Hotel, recently took over Doma Hotel in the center of Larissa. The new addition to the G.R.Louis family will be renamed “G.R.Louis Larissa Hotel” and after full refurbishment through an investment of some 500,000 euros would become a B category hotel from its current C category status. The refurbishment process is anticipated to begin in June 2008 and end by November so the hotel can begin its operation by the end of this year.

President and owner of the company, Georgios Louis, explained the aim of the hotel is “To become the only ‘smart’ hotel in Thessaly with an environmental conscience, for example, that allows for generating its own electricity.” The hotel has 32 standard rooms and according to Mr. Louis, “An excellent Bistro.”