Star Alliance recently took an initiative to plant some 3,000 Greek olive trees in the prefecture of Ancient Olympia.

Representatives of nine of the 17 members of the Star Alliance network – Austrian Airlines, Air New Zealand, ANA-All Nippon Airways, bmi (British Midland International,) Lufthansa, SAS-Scandinavian Airlines System, Singapore Airlines, Swiss International Airlines and Thai Airways International – that are represented in Greece, met with Kyriakos Reres, president of the archeological receipts fund of the Ministry of Culture, and agreed to plant the olive trees in areas designated by the governing authorities.

The alliance, that cancelled its ten-year anniversary celebration in an effort to aid victims of the fires that devastated Greece last summer, also suggested additional aid in the form of specialized fire technicians for the protection of the archeological area.

Symbolically, the representatives sealed the agreement with the president of the fund by handing him a small olive tree. 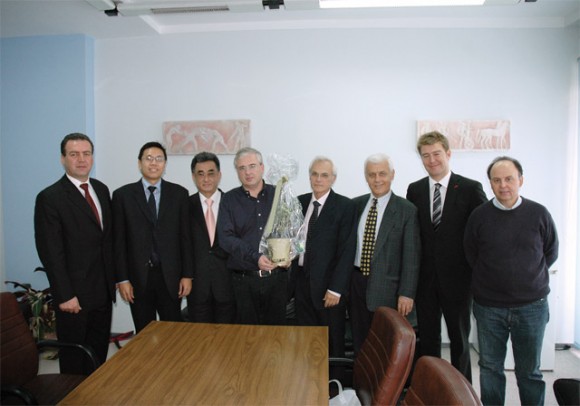