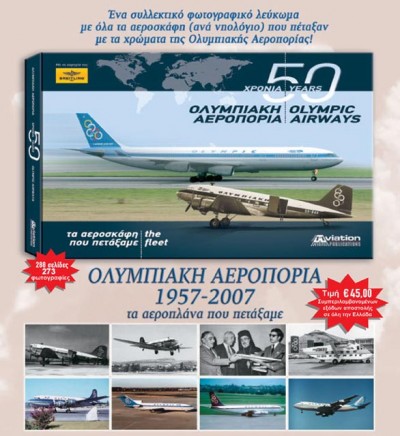 All these images have been collected for the first time in the collector’s album published by 11 aviation publications. The album contains pictures of the legendary “Dakota” and “Jumbo,” the classic island aircraft “Skyvan,” the modern “Dash-8,” the first jet in its history “Comet-4,” and the “Airbus 340.” More than 200 aircraft have flown with the colors of Olympic Airways between April 6, 1957 and April 6, 2007. The album contains all of these aircraft, whether owned or leased, carrying the trademark “circles” or the company logo in one publication.