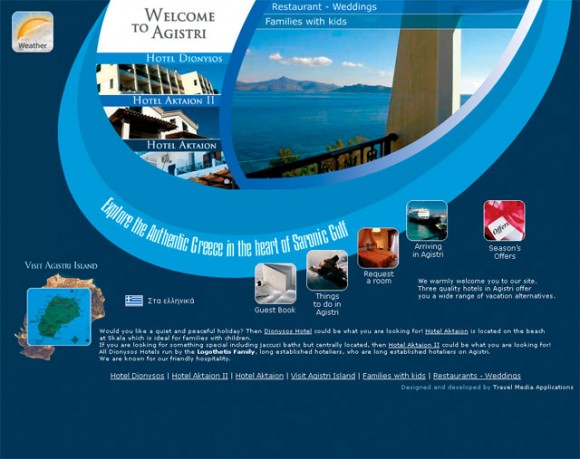 www.stayinagistri.gr website, revamped and redesigned, is user-friendly and aesthetically impressive.

The new site was suggested and redesigned by Travel Media Applications. It was revamped both aesthetically and technically, as TMA was also responsible for the translation of the site into three languages and for the visual applications.

The result of this coordinated effort is an increase in Internet bookings through the special online form that is currently in English and Greek but will soon be available in German also.

In addition to the launch of the redesigned site there was also an aim for search engine optimization whereby through the Google AdWords campaign the site will be more accessible and online booking will be simplified.