The Banyan Tree Hotels and Resorts selected Greece as its first location in Europe. The company anticipates the creation of two luxury resorts, on the island of Santorini and Pylos of Messinia, under its management by 2009. 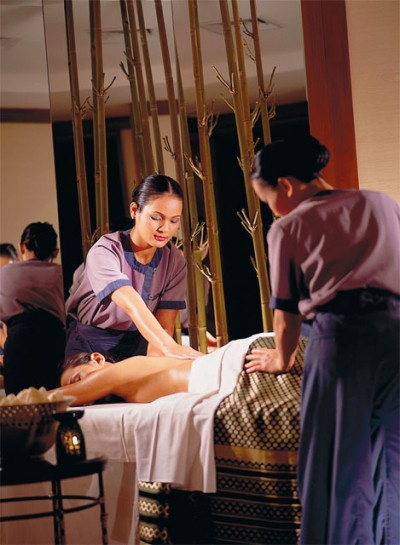 First-class services provided at the Banyan Tree spa in Bangkok, soon to be available in Greece.

President of the company, Ho Kwon Ping, revealed the aims of the company for the construction of Banyan Tree Pylos within the existing Navarino Resort complex in Pylos. The unit will have a panoramic view of the Ionian and will adhere to the worldwide standards of the chain and include the trademark Banyan Tree spa.

The unit on Santorini will be named Angsana Santorini, which is a co-brand name of the chain. According to the company, both units will be fully operational in 2009 although the actual size of the rooms has yet to be revealed.

Mr. Ping claims that the company’s decision to launch its new resorts in Greece is part and parcel of the overall agenda that sees “development in countries outside of Asia and the Pacific with a specific aim to cover seven regions worldwide.” Greece was the ideal location as Mr. Ping explains, “seasonal travelers search for destinations that are less traveled and explored such as Greece.”

The company also revealed that after the launch of the two Greek resorts in 2009, a unit would also operate in London. Mr. Ping stressed that particular emphasis will be placed on the natural surroundings of the resorts and the unique characteristics of each region, where the design of the hotel will adapt accordingly. It is of major significance to the company that all Banyan Tree resorts are environmentally friendly.