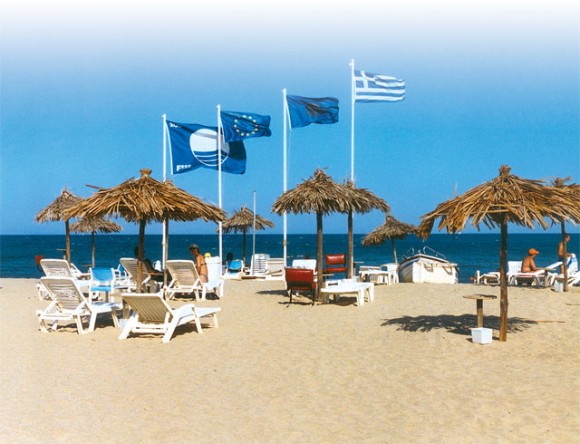 The Hellenic Society for the Protection of Nature last month announced the names of Greek beaches and marinas awarded with the Blue Flag 2007. In 2006, 411 beaches and five marinas were awarded.

For 2007, there are 428 beaches and nine marinas with a blue flag, which puts Greece in second place of 49 countries that participated. In total, the International Committee awarded 2,579 beaches and 629 marinas.

The Blue Flag, an international symbol that indicates quality of coasts and marinas, is an annual process by which applicants have to adhere to the strict rules and regulations of the Foundation for Environmental Education, based in Copenhagen. In total, there are 29 criteria that not only depend on the cleanliness of the water but also on organization, security and environmental information provided.

Μembers of society say Large tour operators abroad place great emphasis on the blue flag when deciding the destination for their clients, with emphasis on good service provided on the beach and the protection of the environment.

They believe that municipalities in Greece should be aware of this fact and aim to participate in the process annually, as the number of participants, although increasing, is not up to par with the amount of beaches Greece boasts. 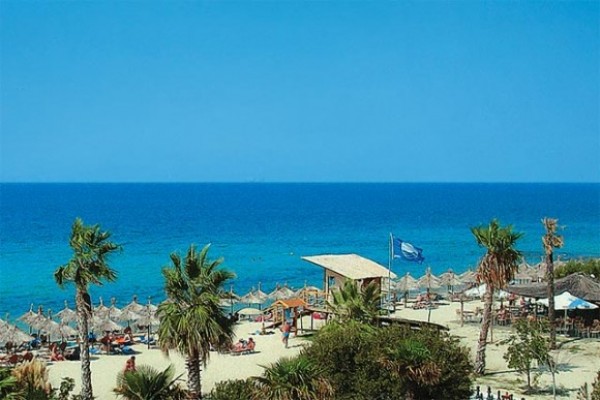 One concern is the research conducted recently by the geology department of Athens University that indicates high levels of contamination on some of the beaches awarded a Blue Flag. According to Aliki Vavouri, the blue flag program coordinator for Greece, “we can not comment on this research because we do not have any similar research to compare it with.” She also said that “we are not aware of what time period this research was undertaken, for example, after bad weather; what the criteria for the research was and in which laboratory the tests were conducted.”

One of the criteria that must be met in order for a coast to be accredited the blue flag is that the water be tested for contamination every 15 days, from the beginning of June to the end of September. During the winter months, this is not necessary as weather conditions affect levels of contamination.