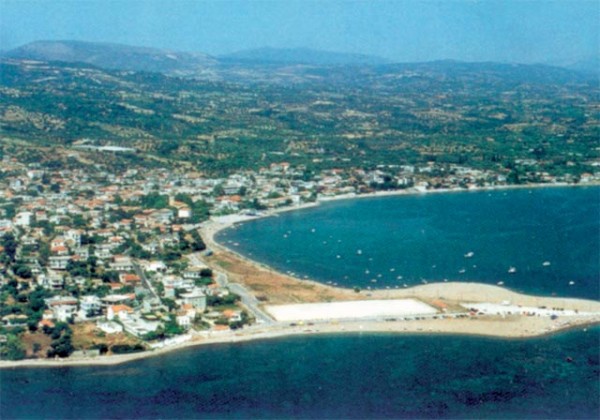 Greek ship owner Vasilis Kostantakopoulos’ large tourism development project in the Messinia Prefecture of Peloponnisos finally received all the permits required to get underway. The permitting process was complex and took many years to complete because of the numerous regulatory adjustments needed.

Mr. Kostantakopoulos’ project, an investment of 950 million euros, is one of the largest ever in Greece. The development will cover a total area of almost 1,800 acres, divided into four areas, each separated by local villages. When the final phase of this ambitious project is completed, it may include as many as 12 hotels, 1,000 homes and seven golf courses.

Construction for the first phase of the project is set to begin this month on two beachfront properties, one in the region of Pylos and the other in Romanos. The first phase will include luxury and first-class hotel units with a total of 2,400 beds, two 18-hole golf courses, spa and ‘thalassotherapy’ centers, a 1,000-seat conference center, shopping centers and water sports and beach development projects.

Final negotiations for the management of the two hotels on the Pylos property are being made with Banyan Tree Hotel & Resorts and Kempiski, while the two hotels on the Romanos property are in final negotiations with Starwood. The hotel with the conference center will likely come under the Westin brand, while the one with the spa center will come under the Luxury Collection.

Environmental protection forms an important aspect of this development project. On completion of the first phase, only 1% of the entire property will house man-made tourism units. Mr. Konstantakopoulos, in the past held the position of president and was a founding member of Helmepa, an organization set up to protect the maritime environment.

This was to be the first in the government’s program of developing ‘Integrated Tourism Development Parks,’ when first envisioned over a decade and a half ago. At that time, such projects were to give a new dimension to Greek tourism.