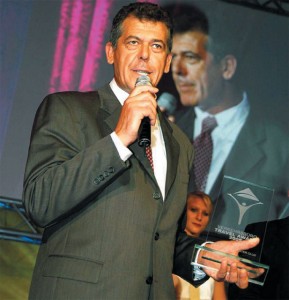 Yet another international award, the Verkehrsbuero Travel Award, was picked up recently by the Grecotel Mykonos Blu for its superb quality of services in the category of Verkehrsbuero Reisen’s top hotels of the world.

Grecotel, Greece’s biggest hotel chain, also had its Grecotel Club Marine Palace on the final list of the five best world hotels used by Verkehrsbuero Reisen, which consists of the biggest chain of independent travel offices in Austria.

Separately, Grecotel S.A., the head company for the hotel group, announced that its’ newest boutique residence, the Grecotel Mandola Rosa Villas & Suites in Kyllini, West Peloponnesos, has been selected as a Leading Small Hotel of the World. Just 420 luxurious hotels in 80 countries around the world can claim to be a Leading Hotel of the World.