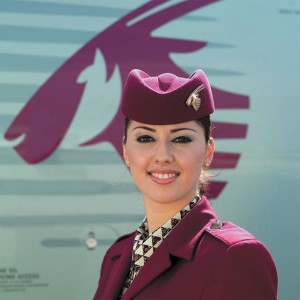 Qatar Airways, one of the world’s fastest growing airlines, announced last month that it would begin operating direct flights between Athens and Doha as of June 15. The airline plans six weekly flights, each with a duration of four hours.

Qatar representatives here in Athens say the Athens-Doha flights put passengers in direct contact with connections to more than 50 of the airline’s world destinations. Flights will be carried out with Airbus A320s and “passengers get the opportunity to feast in deluxe 5-star fashion,” they promised.

The above is not an empty promise. Qatar is one of only three airlines in the world to be ranked a Five Star carrier for excellent service and high standards by Skytrax.

Skytrax also ranked Qatar Airways’ cabin crew as the best in the Middle East in 2004 for the second year running and fifth best in the world following a survey of more than two million passengers worldwide.

The airline says that its fleet of 40 aircraft will almost double within a few years thanks largely to a $5.1 billion order for 34 additional Airbus aircraft signed in 2003. The airline is one of the launch customers of the twin-deck A380 ‘super jumbos’ with four aircraft on order and scheduled for delivery from 2009 to coincide with the opening of the New Doha International Airport.