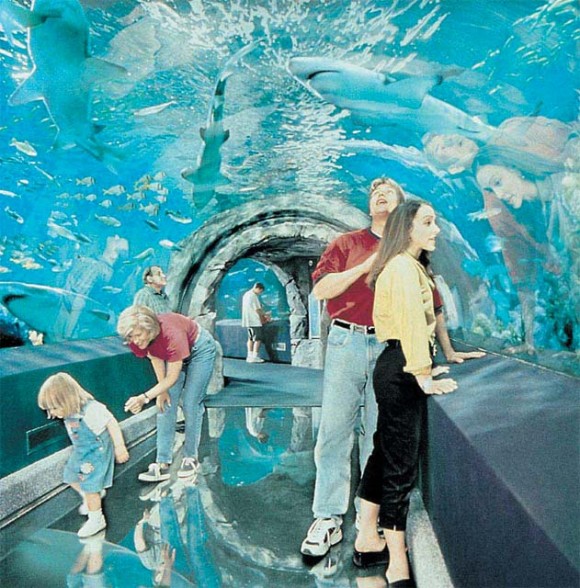 The new, innovative aquarium on Crete may not look as in the above photo but it does promise to impress.

Seaworld, a new, innovative aquarium, promoted as the largest and most modern in the Mediterranean, opens on Crete early this year. Four thousand sea creatures, currently being kept in fish traps by the Fish Farming Institute, will be transferred to the 32 tanks that are ready at Heraklion. Seaworld is due to open by March at the latest. The new aquarium is expected to have more than 180,000 visitors a year and will be able to cater to more than 250,000 a year.

It was built by the Greek Marine Research Center on the site of the former American base at Vourna and its equipment includes 1.6 million liters of recycled seawater, 300 square meters of transparent walls, 50 observation points, as well as multipurpose rooms and restaurants.

Special new tanks have been constructed for specific marine creatures, such as invertebrates, sharks, shellfish, mollusks, seahorses, sea anemones and live coral, Giorgos Chronis, the research center’s president, says the aquarium has the advantage of research support from the fish-farming and marine biology institutes, which makes it one of the best in Europe. He also says that approval has been given for the construction, due to start soon, of Calypso, the largest sea park in Greece. It will be a vast area in Souda and reportedly will house fish farms, eco-tourism facilities, hotels and other venues. 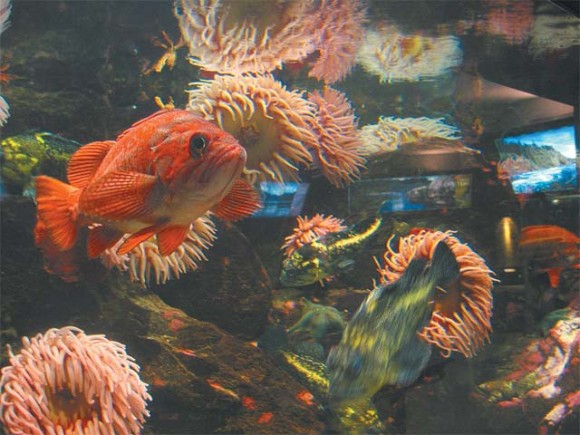 In Seaworld special new tanks have been constructed for specific marine creature.

Meanwhile, the aquarium on Rodos, until now the only one in Greece, has also done considerable research and educational work.

Andreas Sioulas, head of the Rhodes Institute of Marine Biology, says that renovation and infrastructure improvements have been carried out in the past two years, and that all systems have been automated. As well, a study for further improvements to the museum, including the addition of another tank, has been completed.

Separately, the Greek Marine Research Center says that presently under way are a number of important research projects that place Greece among the foremost marine research countries in Europe. Through innovative activities by Oceanography Institute, Greece exports to the EU and the U.S. expertise such as accurate weather forecasts by means of charting the physical, chemical and biological parameters of the sea.

This is the Poseidon system, which is already in operation in the Aegean and will soon be used in the Ionian Sea as well.

Efforts are being made to encourage Mediterranean and Black Sea countries to cooperate more closely in exchanging information so that they can deal more effectively in the future with issues such as over-fishing and the use of agricultural chemicals on coastal crops.