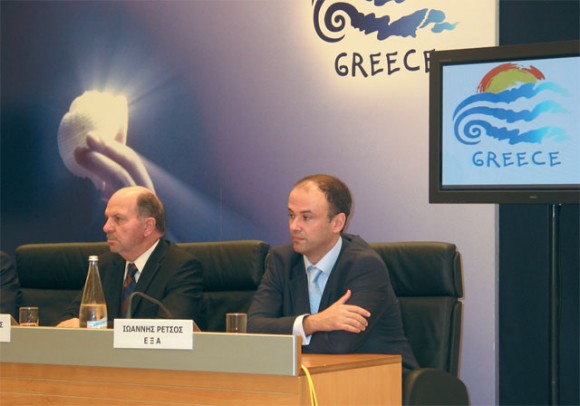 The Taekwondo sports complex on the Athens seaside at Faliron will be turned into a conference center that will be ready by this March, said Tourism Development Minister Dimitris Avramopoulos during the recent annual general assembly of the Attica Hoteliers Association. At the same time, he said, a central agency (a national convention and visitors bureau) will be set up to promote conference tourism in collaboration with Helexpo, the fair organization.

He also said that professionals must “tidy up” their tourism industry because if they don’t we will risk losing the increased number of foreign visitors expected thanks to the successful staging of the Olympic Games. “The success of the Olympic Games has vastly improved the country’s attractiveness as a destination and three out of four potential tourists declare that they would like to visit Greece,” he said. “Nevertheless, this will not necessarily be translated into an increase in arrivals; the country needs a ‘quality’ revolution in order to remain competitive.”

On the public sector side, the minister said the government’s initiatives would gradually change the face of Greek tourism. These initiatives, he said, include an upgrading of Hellenic Tourism Organization bureaus abroad. He added that the Greek tourism promotion campaign abroad, budgeted at 31.9 million euros, and which would culminate in March and April, started earlier than any other year.

Georgos Tsakiris, president of the hoteliers association, told the minister that the hotel sector welcomed the new incentives for the industry outlined in the development bill announced just prior to the general assembly of the association. He also said that he heartily agreed on the need to upgrade Hellenic Tourism Organization offices.

He added, however, that the association and its members want to see the adoption of an array of measures to improve the tourism product, including a better policing of resorts and archeological sites and the removal of brothels from the vicinity of hotels in Athens.

Separately, latest data from the hotel association shows that average overnights in October were down by between 4% and 5% at four- and five-star units when compared with the same month the year before. Overnights at three-star units were down one percentage point for the same period and two-star units say a drop of almost 10%.

Mr. Tsakiris said to keep in mind that 6,000 new beds were added within the Attica area and that hotels with a total of 10,000 beds underwent radical renovation, and that hotel prices have taken a drastic drop.