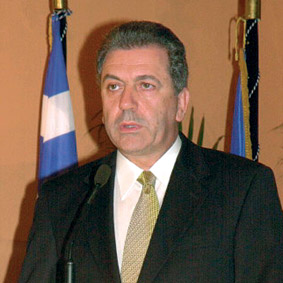 Tourism is not only our major sector for economic development, but it is also a sector with major social benefits. Our new tourism strategy, which we intend to implement shortly, covers all of Greece and has year-round tourism as its main aim with an emphasis given to alternate forms of tourism so as to add value to the Greek tourism product.

With a 10-year timetable, our overall tourism plan includes the creation of a hospitable climate for investors in the tourism sector. To achieve this, besides legislative changes and a deep cut in bureaucracy, our strategy centers on the quality development of our tourism infrastructure and the modernization of tourism services, as well as a concentration on new developing markets. At the same time, we’ll make proper and effective use of Greek tourism properties, with the cooperation of the private sector, and institute an inspection and follow-up force for tourism enterprises. Measures will also include the branding of the Greek tourism product, the restructuring of offices abroad, managed by professionals, and a modern promotion, advertising and tourism communication policy.

Initiatives such as the organization of Philoxenia are positive in the efforts to revitalize Greek tourism. The fair also gives us a unique opportunity to exchange ideas and discuss problems and visions. This is especially true as this year marks Philoxenia’s 20th anniversary and as this year China, an important new market for Greece, is the fair’s honored destination.