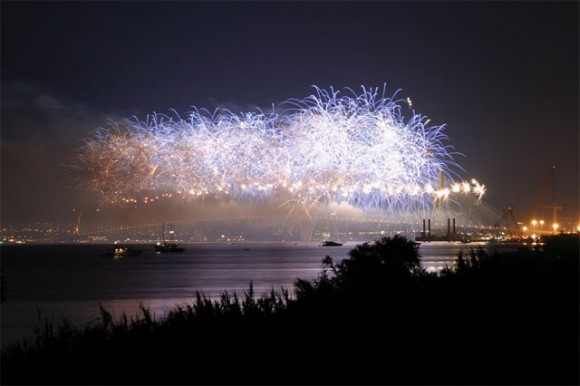 The opening of Rio-Antirio bridge across the western end of the Gulf of Corinth, is expected to increase the tourism to the area.

With the long-awaited opening of the Rio-Antirio bridge across the western end of the Gulf of Corinth -Rio on the Peloponnesian side and Antirio on the northern coast- tourism to the area is expected to increase by leaps and bounds. And according to some initial estimates, Antirio’s population will triple over the next 15 years.

The prefect of Achaia, Dimitris Katsikopoulos, believes that the bridge “will contribute to a massive increase in tourism, which for both Rio and Antirio will mean a reorganization of zoning and explosive growth.”

He says the project is a showpiece for the region and he claims that it will be a reference point for the development of well-designed tourism infrastructure and services to create new jobs. As for the risks, he says his greatest fears are the effects of such development on the environment and the coastal zone.

Other officials see tourism as an antidote to unemployment. The bridge itself is a local sight and could attract visitors other than those that use it to cross from one side to another.

The bridge can attract two categories of tourists, they say: experts interested in the technical aspects of this unique project and ordinary visitors who want to see the view and enjoy a high quality of service at affordable prices.

Meanwhile, the construction consortium is working on converting the reservoirs in which the bridge’s construction material was manufactured into an aquarium.

The down side for some is the loss of ferry boats to the area. Of the 36 ferry boats that served passengers and vehicles, 12 carried out their final schedule last month, and as many again are expected to be moved to other channel crossings by early November.

According to Giorgos Asimakopoulos, president of the Rio-Antirio seamen’s union, there are 530 people employed on the ferry boats, many of whom are now facing unemployment.