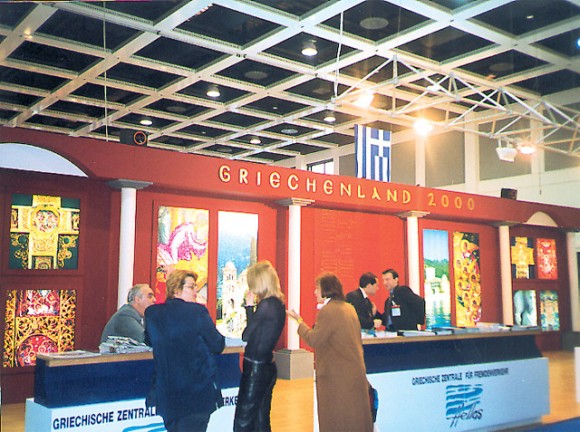 The Hellenic Tourism Organization’s pavilion proved to be one of the most popular stops for German visitors to ITB tourism fair.

With a pavilion of 800 square meters that hosted some 60 Greek tourism enterprises, Greece stood out as one of the big stars at this year’s ITB Berlin tourism fair. According to the 60-plus exhibitors from here, Greece will welcome a record number of German visitors this year.

The Hellenic Tourism Organization‘s secretary general, Evgenios Yiannakopoulos, said he expects the total number of German travelers during 2000 to reach more than 2.5 million. That would mark an increase of between 5% and 6% over last year when this country welcomed a 10% increase in German guests when compared with 1998 arrivals. (His optimistic estimates were made following an in-depth meeting with Platon Davakis, his director in Germany, and contacts with big German tour operators, such as TUI, LTU, Neckermann, Reisen and FTI Touristik.) Mr. Yiannakopoulos didn’t stop there. He went even further and forecast Greece could expect around three million German visitors annually by 2002, provided there are no negative events within that time frame and there are no new developments from competing countries.

Concerning the latter, Turkey recently announced it would spend $100 million this year to promote tourism – Greece will spend about $28 million. Arrivals to Turkey are down due to last year’s earthquakes. Many potential visitors say they prefer to wait until they are sure the country is safe and that there are no health hazards. On the other hand, prices in Greece have risen about 6% over last year and some hotel operators have increased by up to 30%, according to Mr. Davakis. 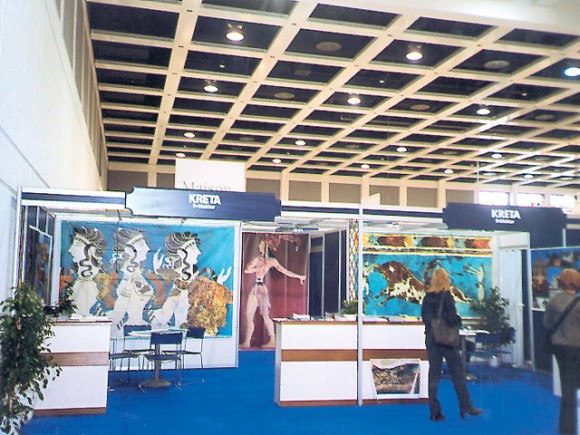 As expected, again this year the island of Crete pulled in the most interest as a Greek island destination.

Meanwhile, Mr. Yiannakopoulos did his best during ITB to entice even more Germans to Greece. He told the German press corps that his government placed a very high priority on efforts to increase the quality of Greek tourism products and services.

Increases in the quality of services offered were also expounded upon, as well as the plethora of modernization works completed, underway and planned within Greece’s lodging sector.

During the fair, the secretary general met with Turkey’s tourism minister, Ercan Mumcu. The two discussed ways to utilize the recent cooperation agreement signed between the two countries regarding the tourism sector.

ITB Berlin 2000 welcomed 8,808 exhibitors from 177 countries and territories, which marked a 19.4% increase against the year before. Trade visitors to the fair surpassed 60,000.

The Hellenic Tourism Organization's pavilion proved to be one of the most popular stops for German visitors to ITB tourism fair. 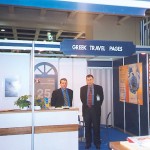 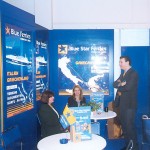 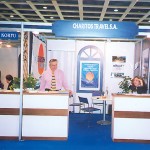 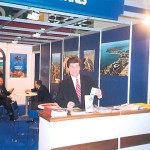 The prefecture of Peloponissos was represented by its prefect, Georgos Roumeliotis (left at table), and members of the private sector, such as Dimitris Stathopoulos of the Menelaion Hotel. 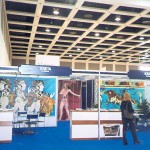 As expected, again this year the island of Crete pulled in the most interest as a Greek island destination. 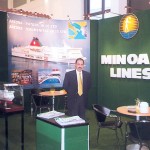 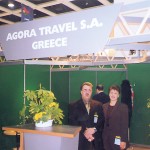 ITB Berlin was a family matter for Athens-based Agora Travel with Mr. and Mrs. Nikos Passas manning their ITB stand. 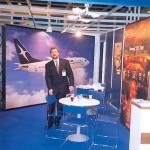 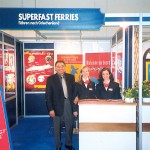 Panorama 2000 Expands Into The International Arena