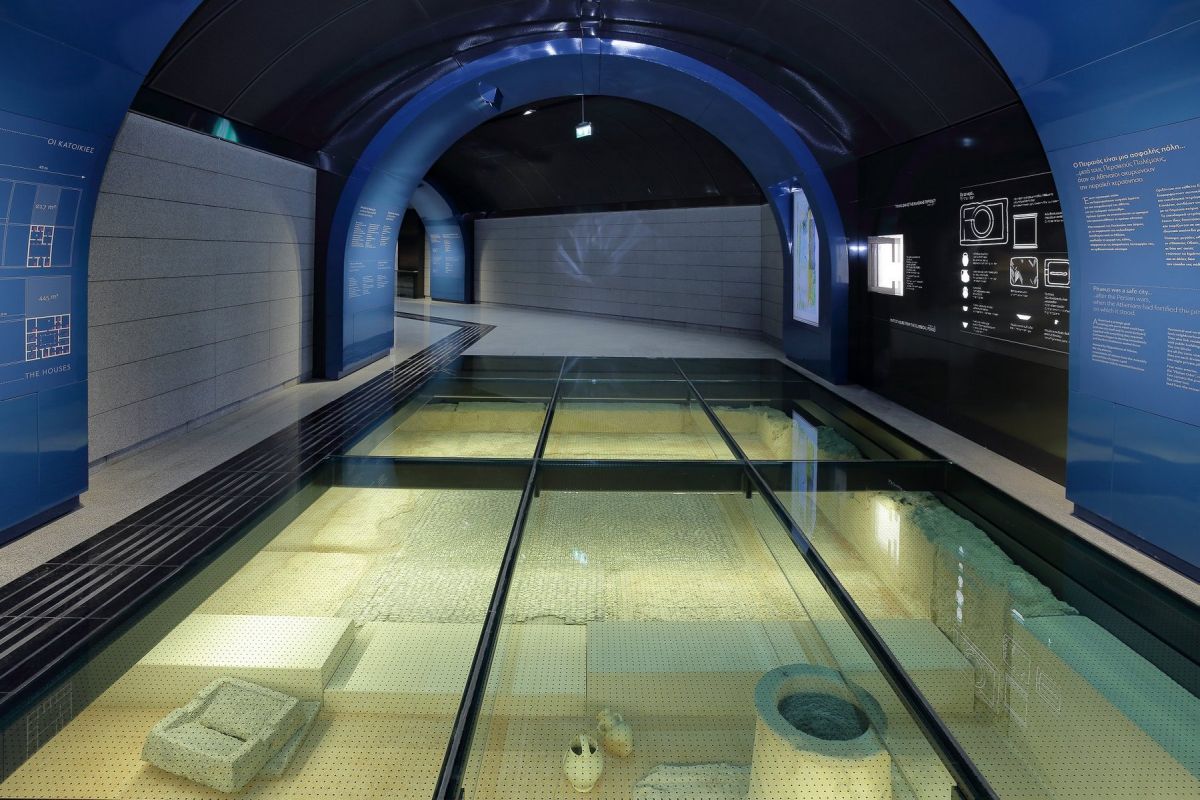 A permanent exhibition showcasing the water supply system of the ancient city of Piraeus is on display at the new Dimotiko Theatro metro station that opened recently to commuters.

The largest ever excavation research carried out in the city of Piraeus, due to the metro works, uncovered 150 structures related to ancient water systems. The findings come in addition to the more than 345 wells and 388 water tanks already discovered in earlier excavations in the city.

“The metro project in Piraeus proves that the presence of antiquities and the research of the Archaeological Service, in the context of a large public utility project, can become an important asset to the city, rather than an obstacle to the project’s development,” said Greek Culture Minister Lina Mendoni. during the Dimotiko Theatro station’s inauguration ceremony. 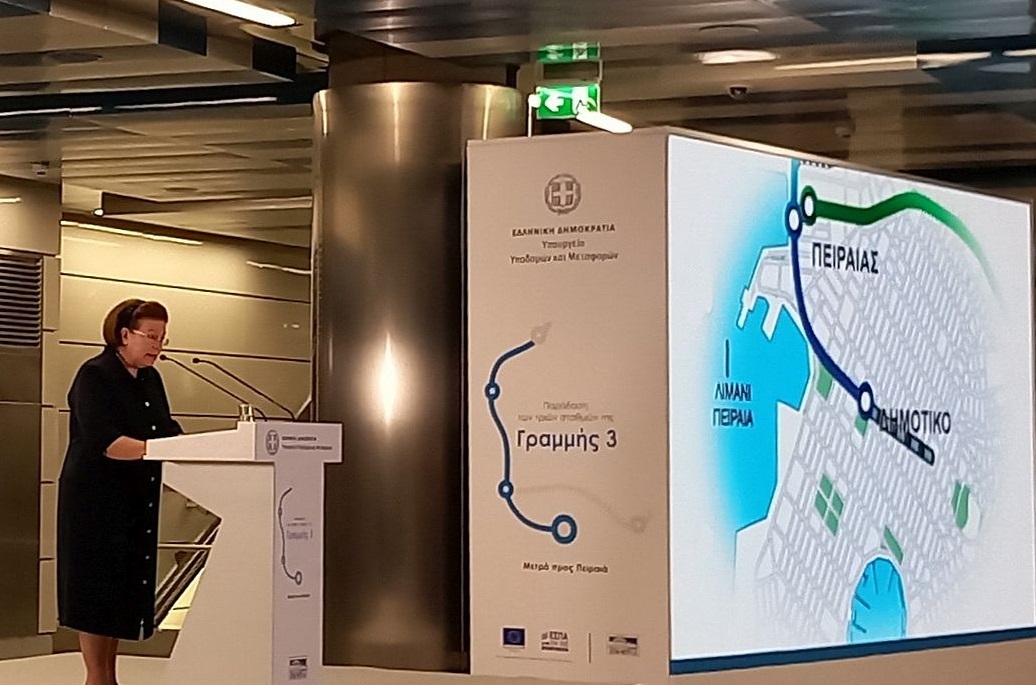 Entitled “Tales of invisible water”, the exhibition consists of five thematic sections that everyday “will take” metro commuters on a journey as they move through the Dimotiko Theatro station.

Its first and second sections include an exhibition of replicas of the found water pumping and collection systems as they evolved from the establishment of Piraeus in 5th century BC to the Roman period. 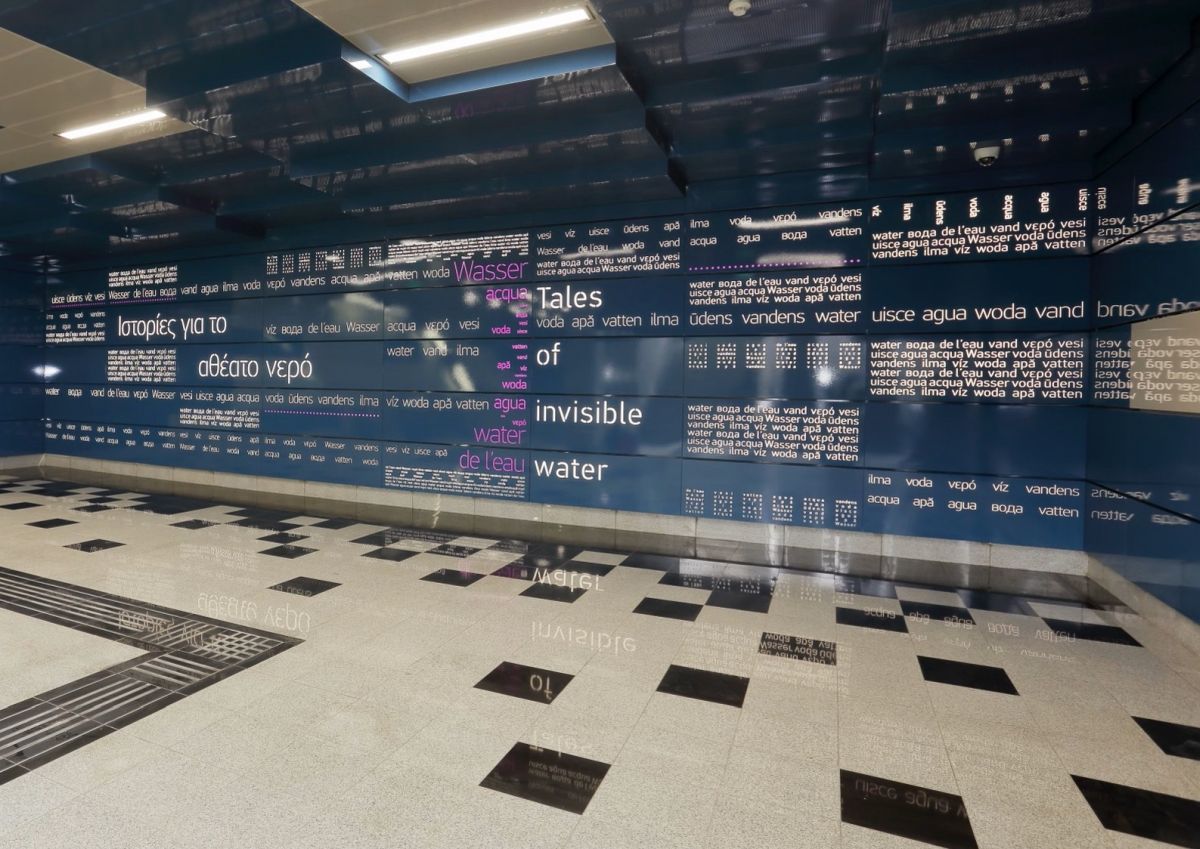 The third section, and one of the most impressive on display, takes passengers inside an ancient home as they walk over a glass floor showing an original pebble floor that was discovered during the excavation, and two side walls.

The museological rationale of this part focuses on the creation of a living space where one can experience a daily snapshot through the exhibition of original findings such as a courtyard well made of marble, water pumping and carrying objects, a stone grinder, and a mortar. 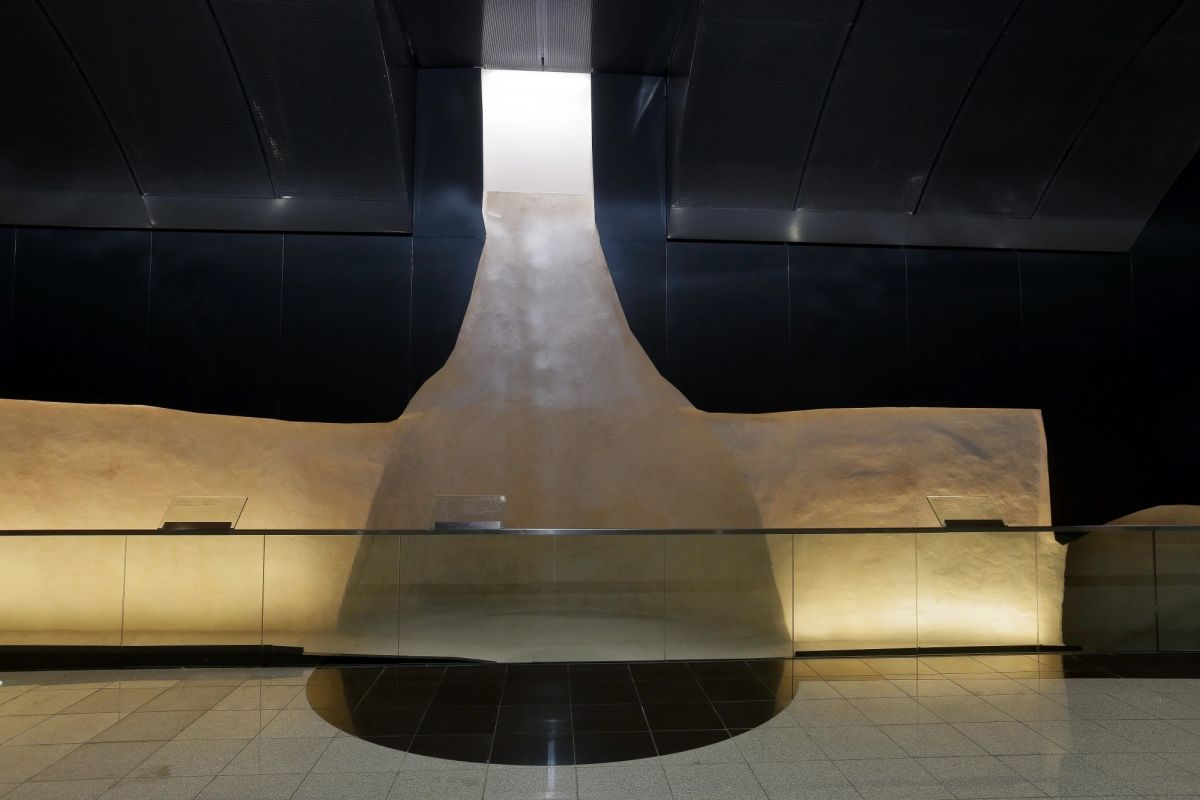 The exhibition’s fourth section focuses on how water was used in daily life by the ancient inhabitants of Piraeus and consists of digital exhibits while the narrative concludes with informative material related to the preserved tank that was found near the central entrance of the station.

According to Mendoni, the new metro stations and the exhibition will upgrade the public’s quality of life.

“Especially these days when the economic, tourism and social success of cities is increasingly based on their ability to develop new areas of cultural interest, which highlight their potential,” she added. 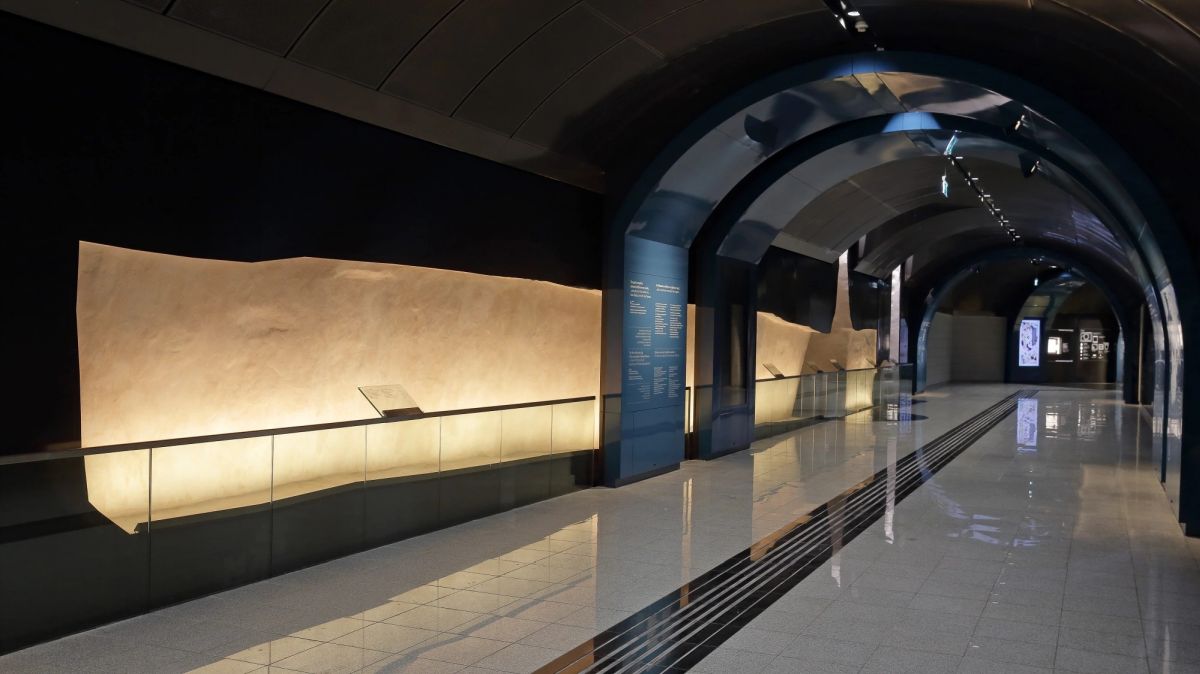 According to the Athens Metro authorities, the new stations are expected to handle an additional 132,000 commuters daily and will connect Greece’s biggest port directly with Athens International Airport on Metro (Blue) Line 3 in a time-frame of 55 minutes.