Greeks May See Covid-19 Rules Return After Summer ‘If Necessary’ 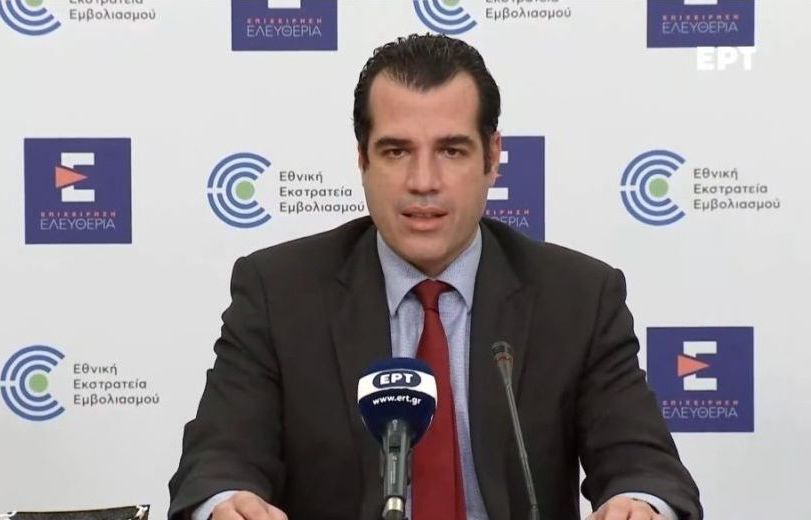 Greece may re-introduce restrictions and measures to address Covid-19 in the fall “if necessary”, said Health Minister Thanos Plevris on Monday, in view of a surge in positive cases and repeat infections.

The minister announced the news to local media after the National Public Health Organization (EODY) reported 12 deaths and a total of 9,064 coronavirus infections – 7,682 new and 1,382 repeat infections.

Plevris said pressure on the public health system is expected in the fall, when authorities may decide on a set of “mild” and targeted measures concerning certain groups.

He added however that the current sixth wave of the deadly virus, which he said was expected due to movement within Europe, is not putting pressure on Greece’s national health system.

In the meantime, in interviews to local media, Environmental Engineering Professor Dimosthenis Sarigiannis said he was expecting daily cases to reach 25,000 by July 15, when the current wave is seen as peaking.

The Greek health minister reiterated on Monday the government’s call for vaccination with the fourth shot. The relevant platform (here) for appointments to get the jab opened today and concerns the 30-59 age group. Vaccination with the second booster is for the time being not mandatory.

Lastly, he underlined that although the fine for not wearing a face mask had been dropped, the individual responsibility remained and advised people to wear masks in crowded spaces and indoors.

“We’ve entered another phase of coexistence with the pandemic, not in terms of choice, but this is how it happens when variants have become very contagious,” the minister said, adding that Greece was the last country to do away with the face mask rule compared to other European countries that are not dependent on tourism.