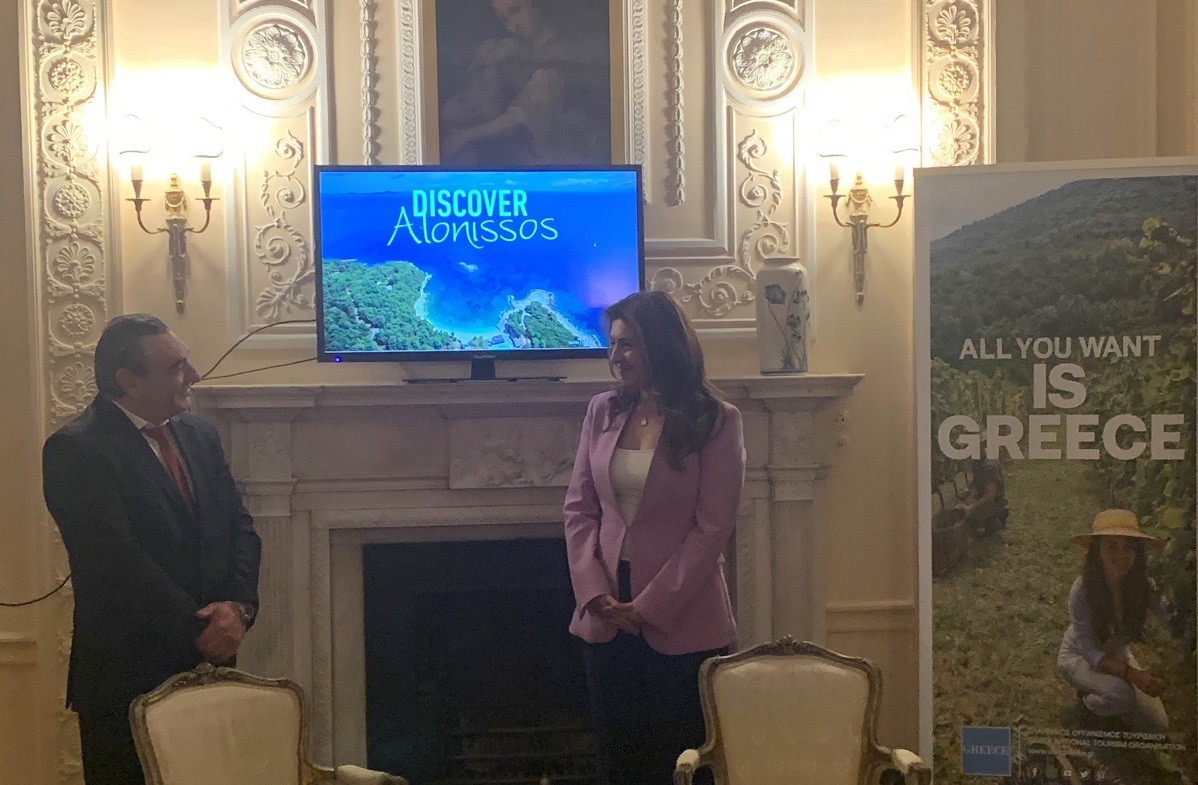 Alonissos Mayor Petros Vafinis with the head of the GNTO service in the UK and Ireland Eleni Skarveli.

The Greek National Tourism Organization (GNTO) presented the islands of Alonissos and Astypalea to the UK market during a recent event for the promotion of Greece’s destinations that took place in the Greek Ambassador’s residence in London.

The GNTO’s presentation focused on Greece’s diving and sustainable tourism options, diverse tourism products and lesser-known destinations that have the potential to become part of future holiday tourism packages.

The presentation was followed by a networking event during which representatives of Alonissos and Astypalea met with UK tourism professionals and explored potential future collaborations. 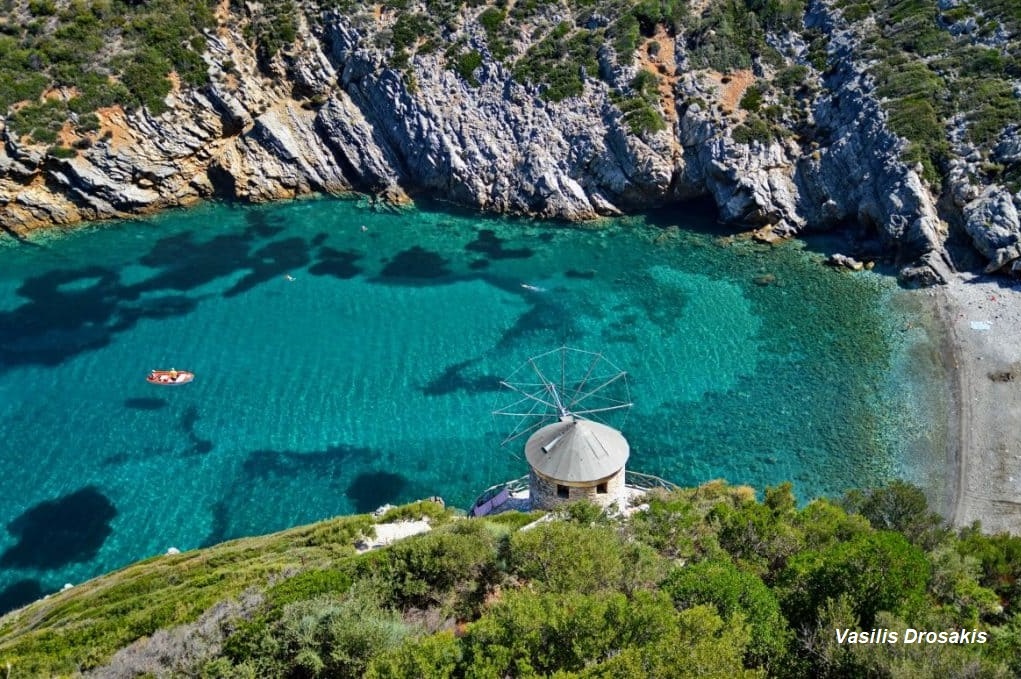 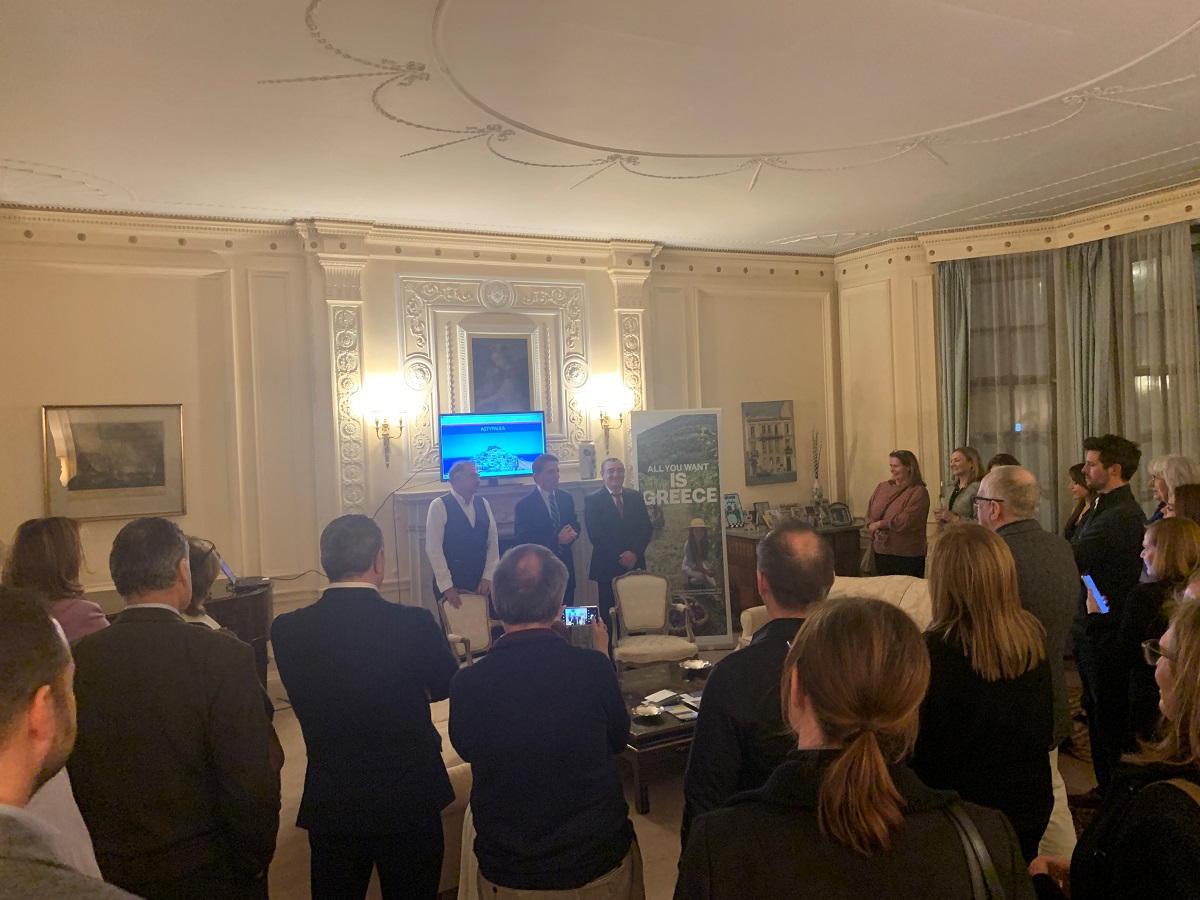 Also present at the event were Greek Ambassador to London Ioannis Raptakis, the Head of the GNTO service in the UK and Ireland Eleni Skarveli, Alonissos Mayor Petros Vafinis and Asypalea Mayor Nikos Komineas.