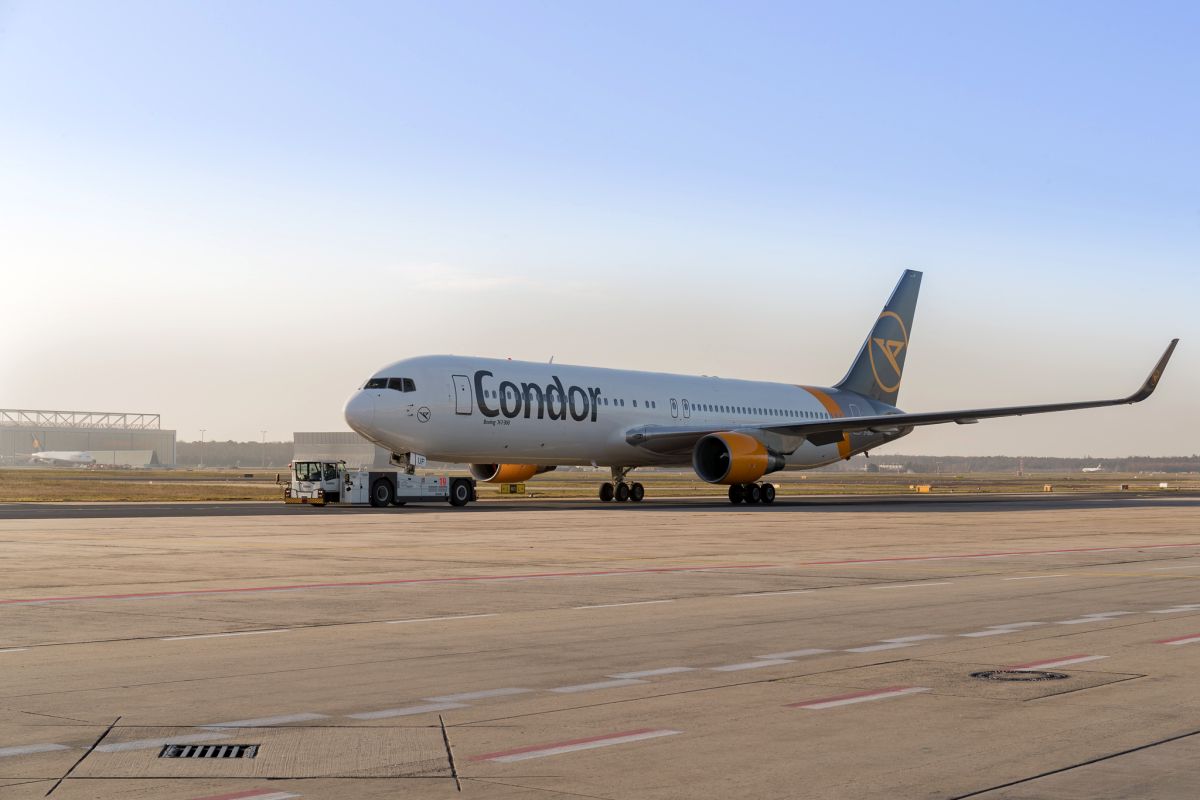 German leisure airline Condor has announced that after many years it will resume flights to the Greek capital city of Athens in summer 2022.

According to a company announcement, Condor’s 2022 summer schedule will launch on April 18 and includes flights from eight airports in Germany plus Austria and Switzerland to a number of holiday destinations in Greece.

Condor will fly to Athens from Düsseldorf and Leipzig.

The airline will fly to the three Greek islands of Crete (Heraklion), Kos, Rhodes several times a week.

Moreover, for the first time Condor has added direct flights from Dusseldorf and Zurich to Larnaca in Cyprus.

All fares are published in GDS’s (global distribution systems).

Condor’s summer 2022 flight program for Greece can be seen below (press on photo to enlarge): 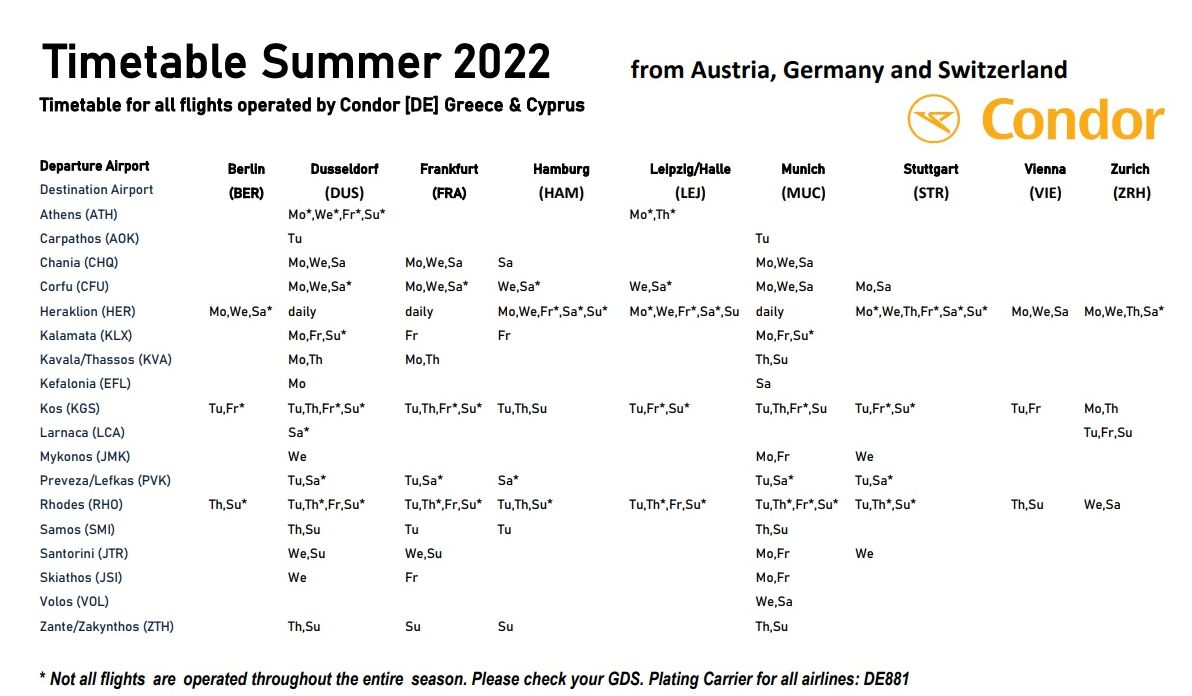