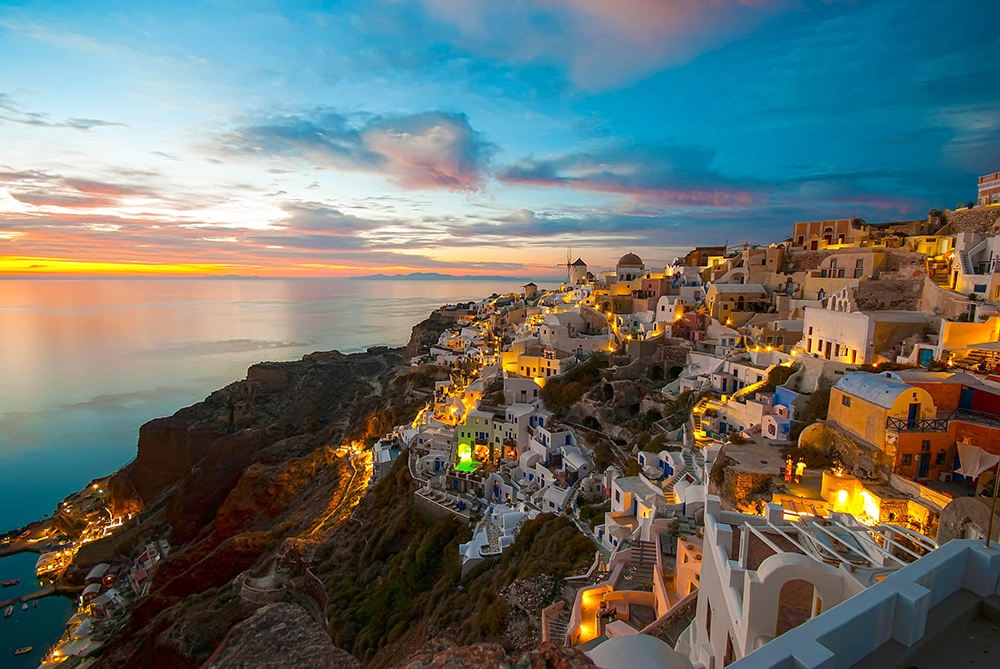 Oia, a popular destination on the Greek island of Santorini, has emerged as the world’s most beautiful village, with over 1.6 million posts on Instagram, according to recent analysis by Uswitch.com.

Uswitch is an online telephone and switching service comparing prices of products and services. The company has compiled a list of the world’s most beautiful villages by assessing their popularity on Instagram and Pinterest.

“Built on the slopes of the volcanic island of Santorini, it is clear to see why it is top of the list, with stunning views across the south Aegean Sea and a rich, architectural and religious history,” Uswitch.com says.

Second and third are Halong Bay in Vietnam and Göreme in Turkey, with just over 1.1 million social media appearances each.

A slight drop to just under 800,000 social media appearances takes Hallstatt, Austria, to fourth place on the list.

The top 10 is completed by the villages of Shirakawa-Go in Japan, Tobermory on the Isle of Mull in Scotland, and Furnas in the Azores (Portugal), all with less than 260,000 social media appearances. 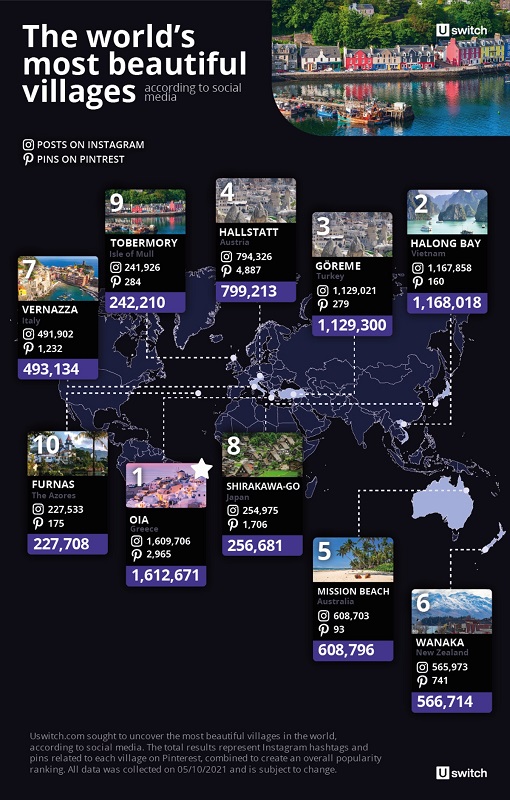 Europe seems to be the most popular destination with six out of the top 10 destinations situated on the continent.

The most beautiful villages in Europe

Looking into Europe’s most beautiful villages based on their Instagram and Pinterest popularity, Oia in Greece leads the way with more social media appearances than the bottom seven villages combined.

“This is a locale of incredible, natural beauty and having been relatively untouched by international tourism, it has managed to sustain its unspoiled charm. Made up of traditional, white-washed Cycladic architecture, wild natural landscapes and peaceful atmosphere certainly make it one of the most desirable places to visit within the region,” the report says. 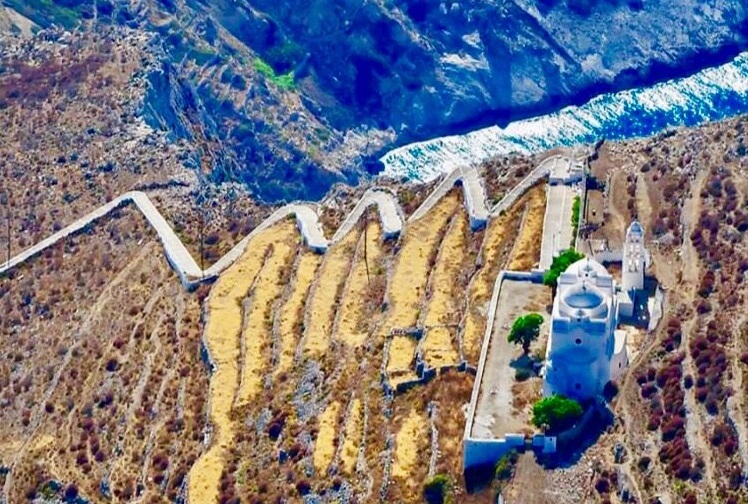 Göreme, Turkey, ranks second on the list, followed by the UNESCO World Heritage Site of Hallstatt in Austria in third position,Vernazza, Italy and Tobermory, Isle of Mull in fourth and fifth place, respectively.

Europe’s 10 most beautiful villages are the following: 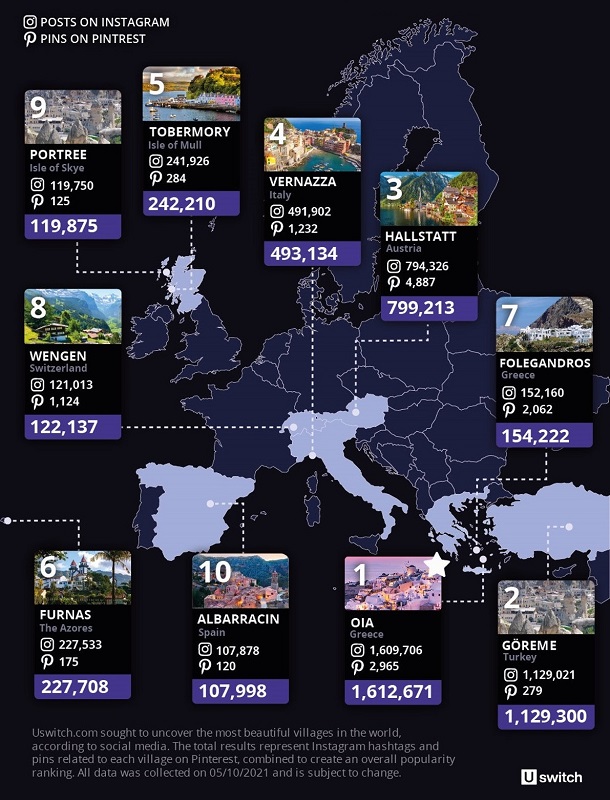 The full survey is available at https://www.uswitch.com/mortgages/guides/worlds-most-beautiful-villages/.