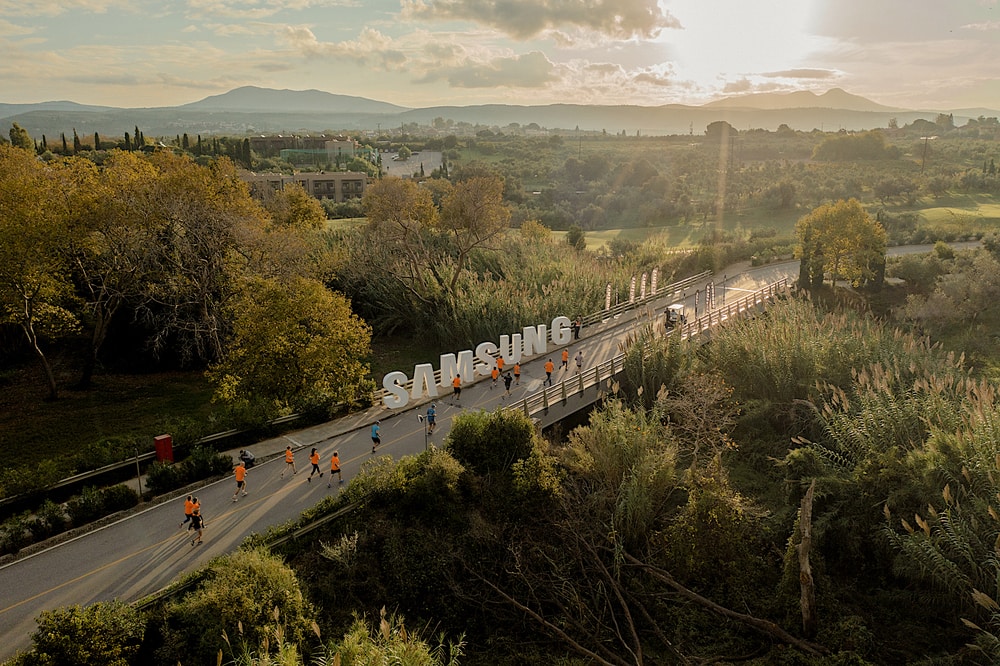 The Navarino Challenge 2021 sports tourism event took place in Messinia earlier in October and united athletes from 17 countries and 4 continents.

Navarino Challenge, a leading international wellness program and sports tourism event, was organized for the 9th year at Costa Navarino and Pylos, Messinia, during October 15-17 with the participation of people of all ages and abilities.

Navarino Challenge had more than 1,300 participations in the context of a full program with numerous sports activities. Hosted at The Westin Resort Costa Navarino – and with its central message “sports unite people” the event pursued the goal of the Olympic Movement, which is to help build a peaceful and better world without discriminations, through sports. 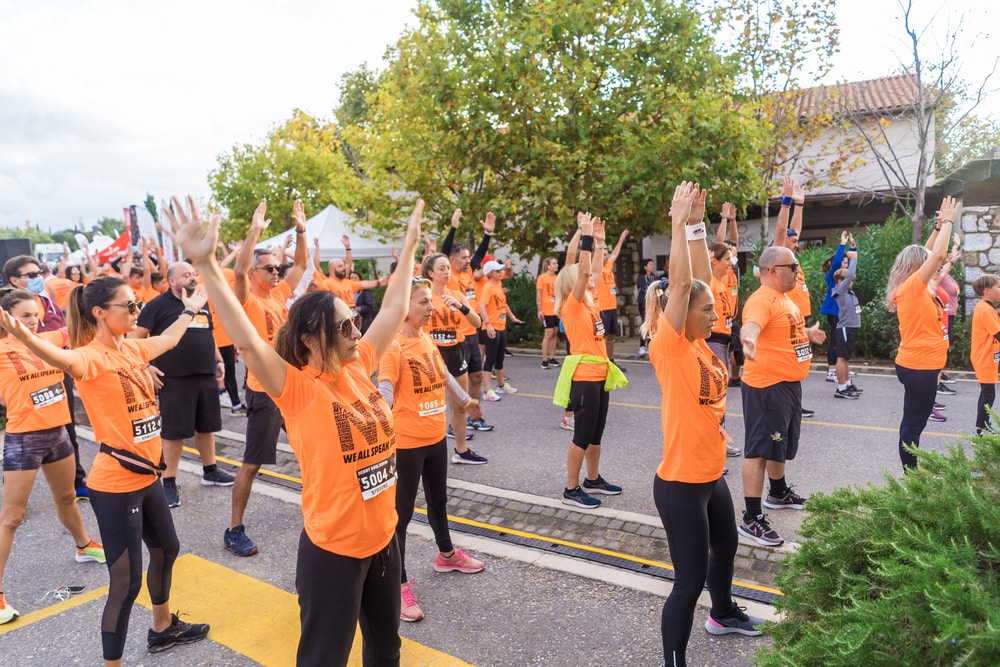 Running warm up in Navarino Challenge, with Mandy Persaki (photo by Mike Tsolis)

Navarino Challenge was an oasis of well-being, despite the difficult weather conditions that prevailed throughout the country. The activities took place in the presence of Olympians who participated together with amateur athletes, in a completely safe destination. The celebration of sports tourism brought together athletes, families and children from 17 countries such as: Belgium, France, Germany, United Kingdom, USA, Spain, South Korea, Netherlands, Sweden.

The global value of the Greek language

This year’s Navarino Challenge campaign with its message “We all speak Greek” had a Greek “color”, and the participants had the opportunity to find this out in the event’s commemorative T-shirt, which was designed by Luanvi, and was dedicated to the Greek language including many Greek words in various foreign languages​. This way, Navarino Challenge promoted and highlighted the cultural heritage of Greece and the indisputable value of the Greek language.

Revival of the standing long jump by Tentoglou

The event, having decided to promote and highlight the work and life of the great Greek Olympic medalist from Pylos, Konstantinos Tsiklitiras organized for the first time the standing long jump activity in his honor, in the presence of Gold Olympic medalist Miltos Tentoglou and his coach, George Pomaski at The Dunes Beach, in Costa Navarino. 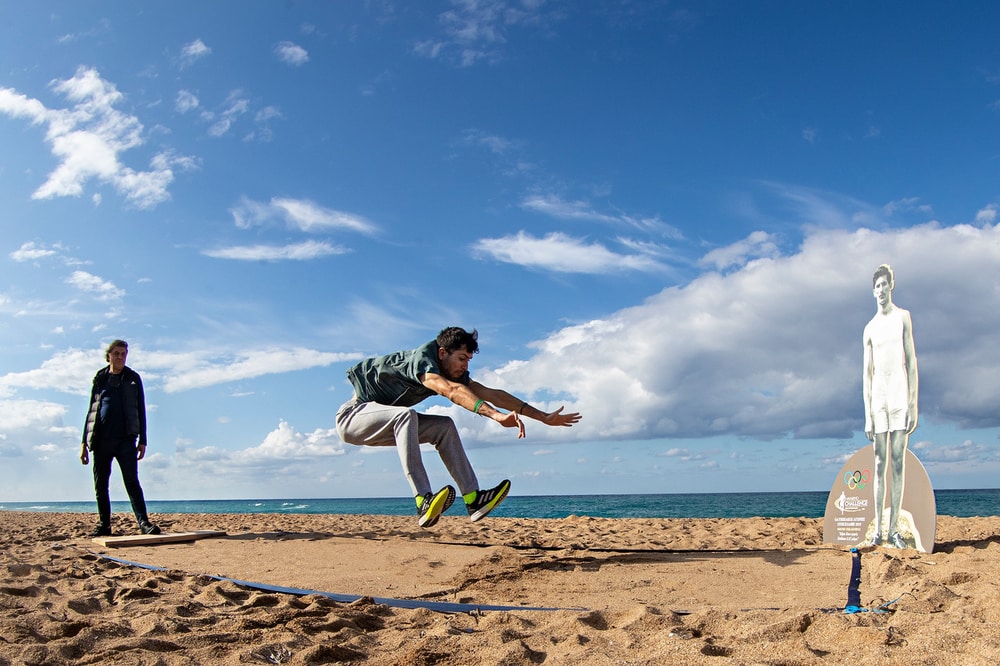 The two significant sports personalities visited the refurbished family home of the Olympic medalist Tsiklitiras in Pylos, now a museum housing a Library and Art Gallery with rare documents, paintings, historical maps and many interesting exhibits, in the presence of Pylos-Nestor Mayor Mr. Panagiotis Karvelas and the descendant of Tsiklitiras, Ms. Pepita Tsiklitira.

Saturday night had a Greek “color”, with the event’s Grand Sponsor, Samsung, welcoming guests at the special “Award Night Powered by Samsung” to honor some great sports personalities. Specifically, the Gold Olympic medalist in the long jump Miltos Tentoglou was awarded for his contribution to sports by Mr. George Panageas, Costa Navarino Facilities Management Director. 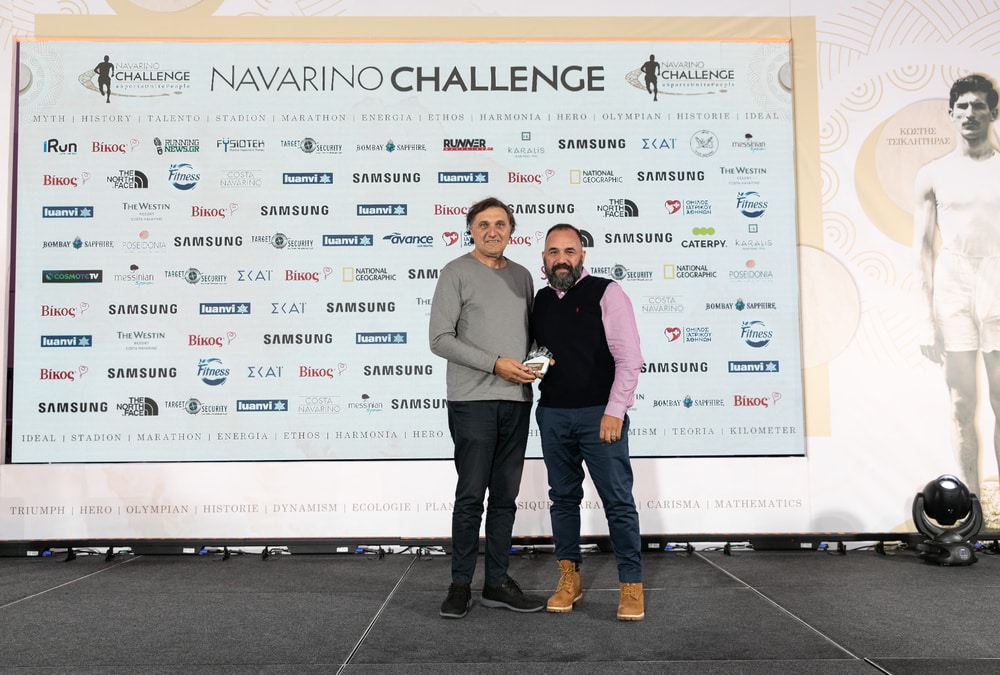 The top track and field coach George Pomaski was awarded by the swimming coach with Olympic and world distinctions Nikos Gemelos. 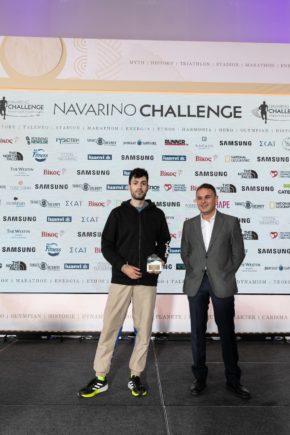 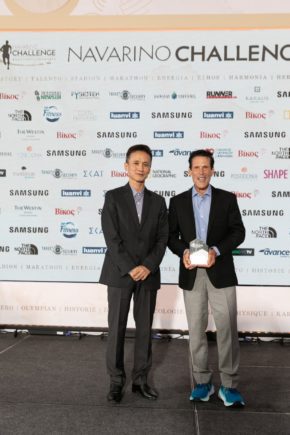 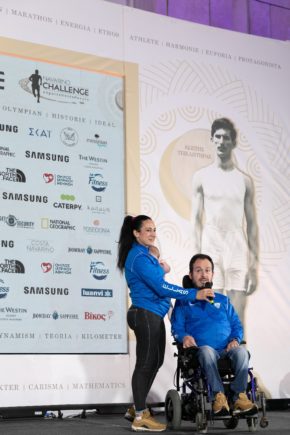 The Olympian and Eurobasket MVP Evina Maltsi was honored by the Sportadore owner and exclusive distributor of Luanvi in ​​Greece, Mr. Manos Sifakis. 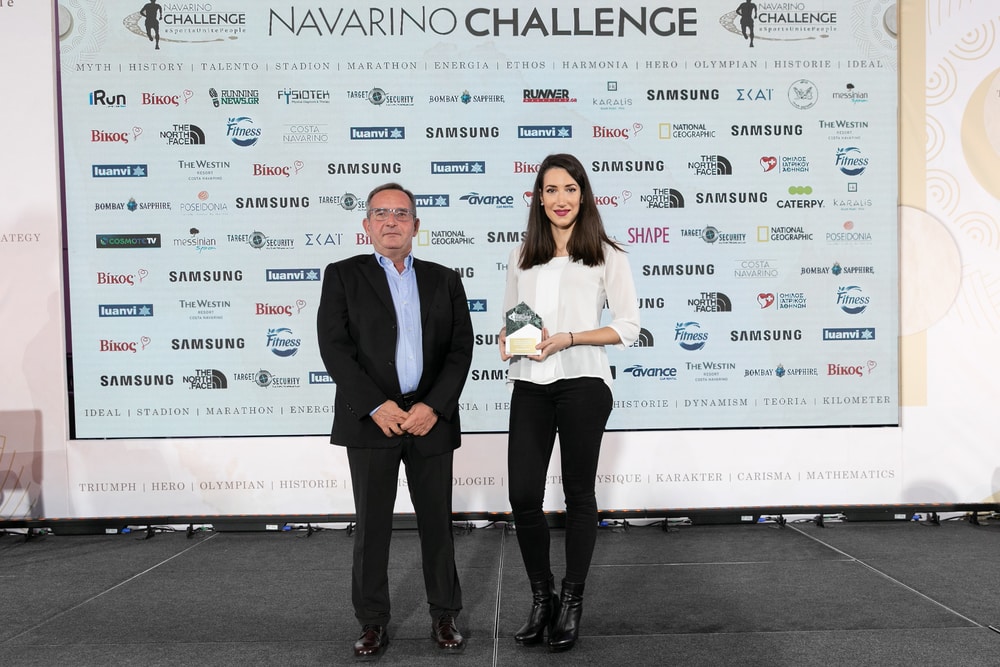 The only Greek woman who has conquered the 7 highest peaks in the world, Christina Flampouri, was awarded by the Pylos Association of Enterprises for Tourism Development President and Poseidonia Restaurant owner in Pylos, Mr. Vassilis Vrettakos.

The wheelchair basketball and fencing athlete Georgia Kaltsi was awarded by the Hellenic Basketball Federation Member of the Board and Public Relations Officer, Mr. Konstantinos Asimakopoulos. 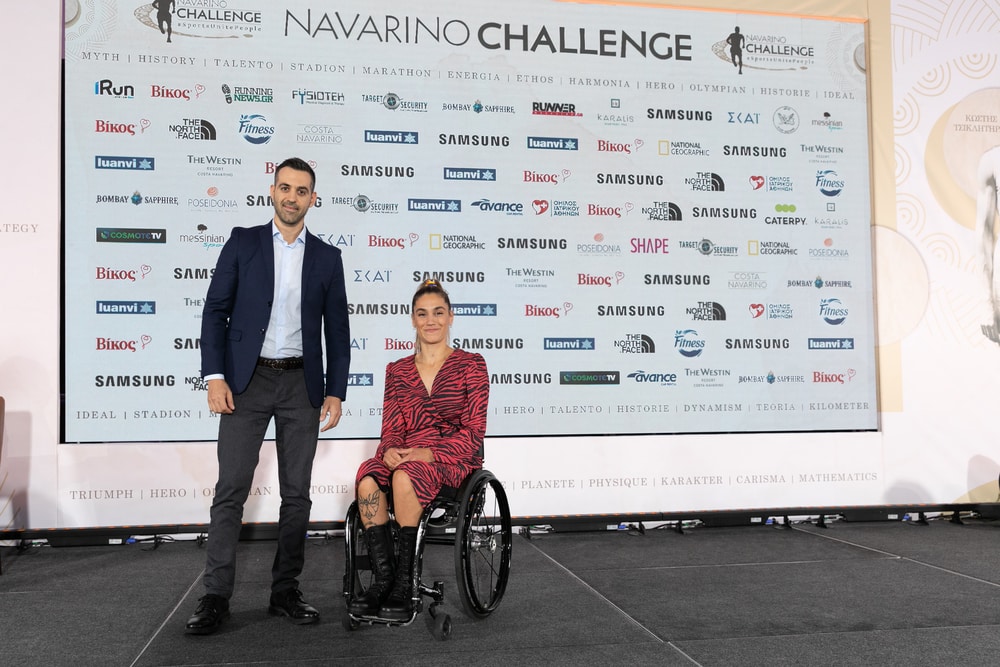 The evening ended with the Greek-American ultramarathon runner and ambassador of the event Konstantine Dean Karnazes, who was awarded for his participation in the 10 marathons in total of Run Messinia, in 10 consecutive days, 200 years after the Greek revolution of 1821, by Mr. Byungmoo Theofilos Shin, Samsung Electronics Hellas President.

In the event’s aftermath, Karnazes stated: “The 9th Annual Navarino Challenge was a celebration of all things Greek, sports, athleticism, curiosity, and the pursuit of aristia. On the bicentennial of Greek Independence nothing made me prouder than running in this land our forefathers fought to save and protect during the most beautiful 21 km race on earth. Next year will mark our 10th anniversary and I look forward to Navarino Challenge 2022!”. 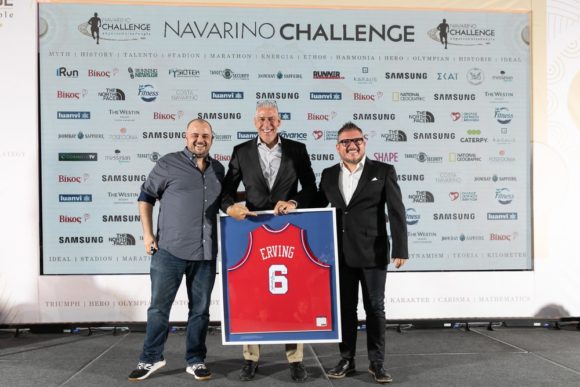 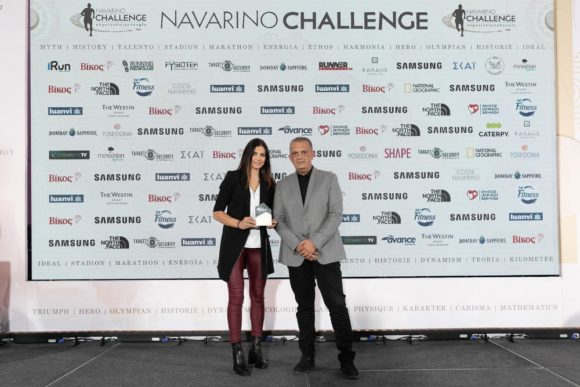 The award night was presented by the Euroleague legend Joe Arlauckas and the former basketball player, sports journalist and dynamic Euroleague reporter, Dora Panteli. In fact, a big surprise was organized for Joe Arlauckas as the event together with Trace ‘N Chase, awarded him a signed jersey of the NBA legend, Julius Erving as a gift.

On Sunday, runners had the opportunity to run in the top 21.1km Greek Half Marathon, together with the Greek-American ultramarathon runner Konstantinos Dean Karnazes, on the 10km route by Caterpy and the fun 5km route Powered by Samsung. Starting from the Navarino Dunes at Costa Navarino, they ran along the coast to Pylos and crossed the beautiful Voidokilia beach, while they passed by the Gialova lagoon.

All results can be found here.

At the same time, hundreds of young participants offered smiles in the children’s 1km route that was held for kids aged 10-14 years old and up to 9 years old. 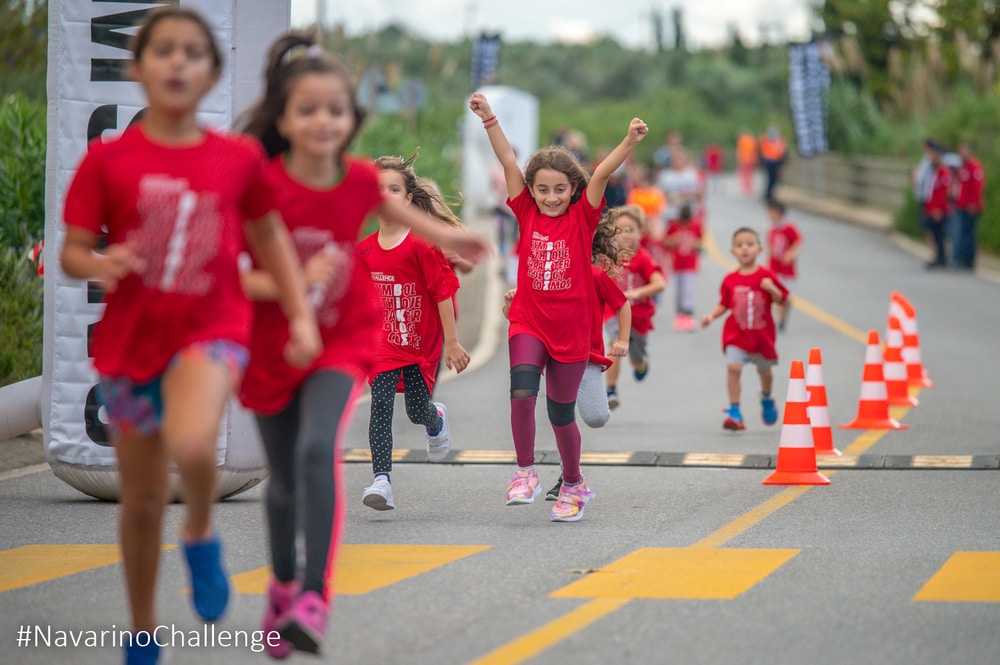 Wellness activities for the whole family

The schedule of Navarino Challenge brought participants closer to sports and offered them the opportunity to learn their benefits alongside top instructors. More specifically, the following activities were held: 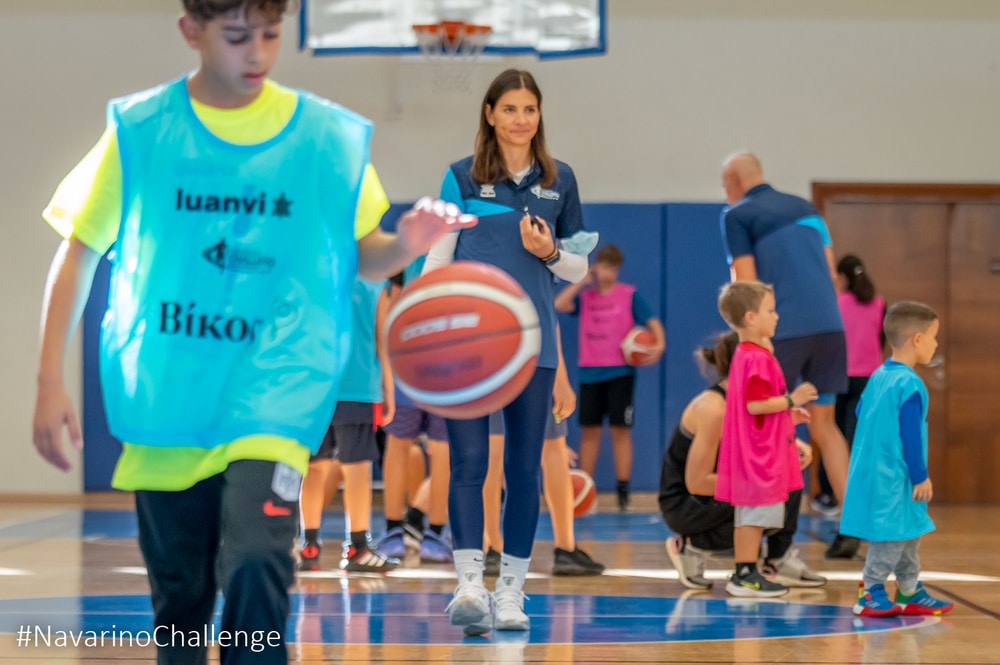 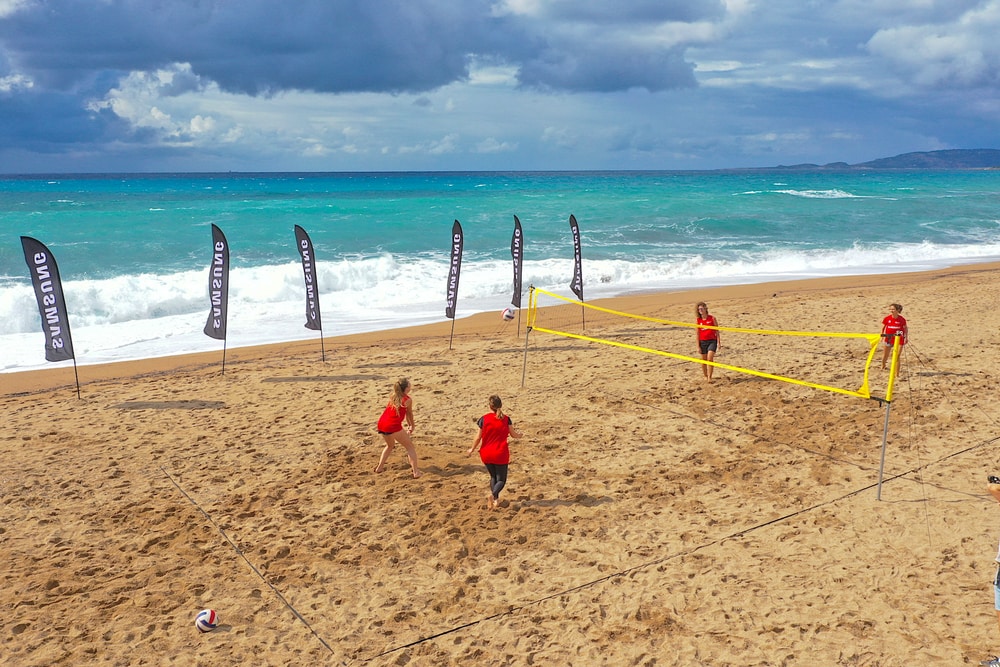 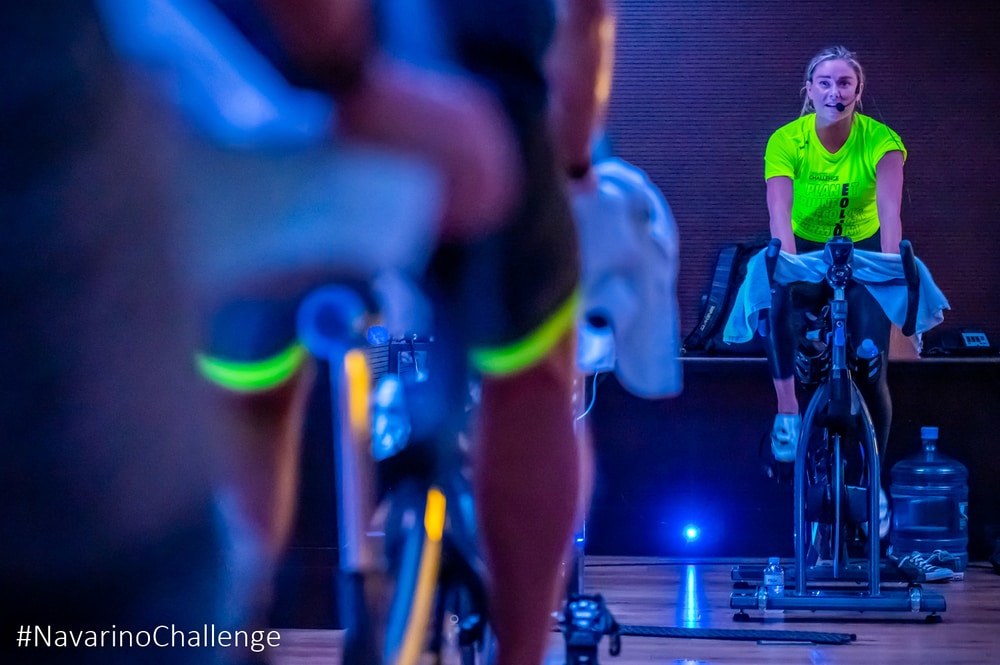 During the event, the first findings of the sports tourism research conducted by the event in collaboration with Deree – The American College of Greece were presented in a closed meeting.

The value of volunteering

Throughout the event the volunteers of Deree – The American College of Greece offered their significant support. 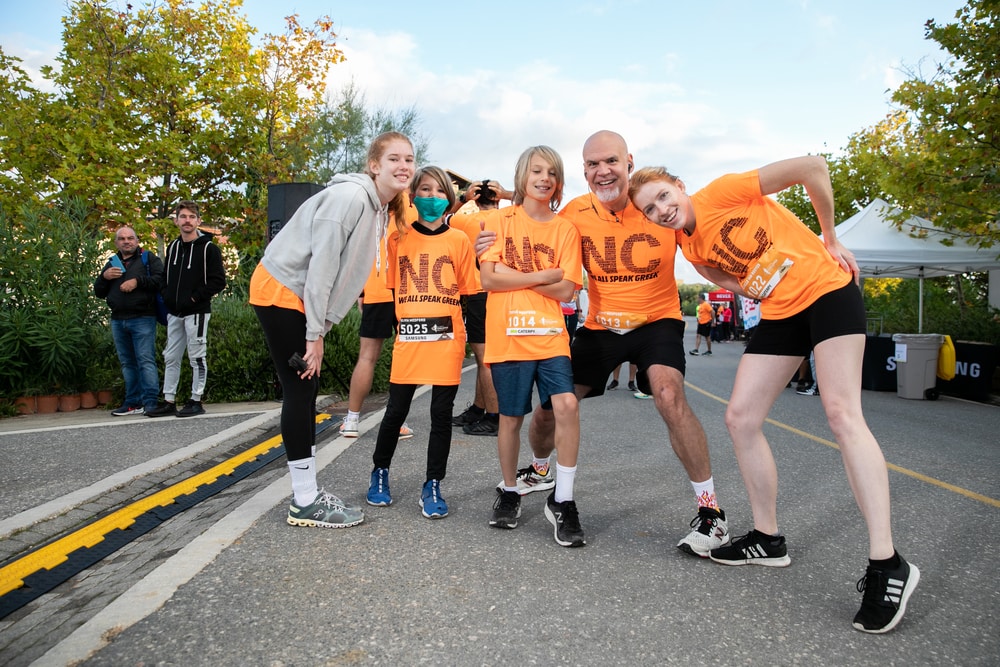 Family from USA in Navarino Challenge (photo by Andritsos Photography) 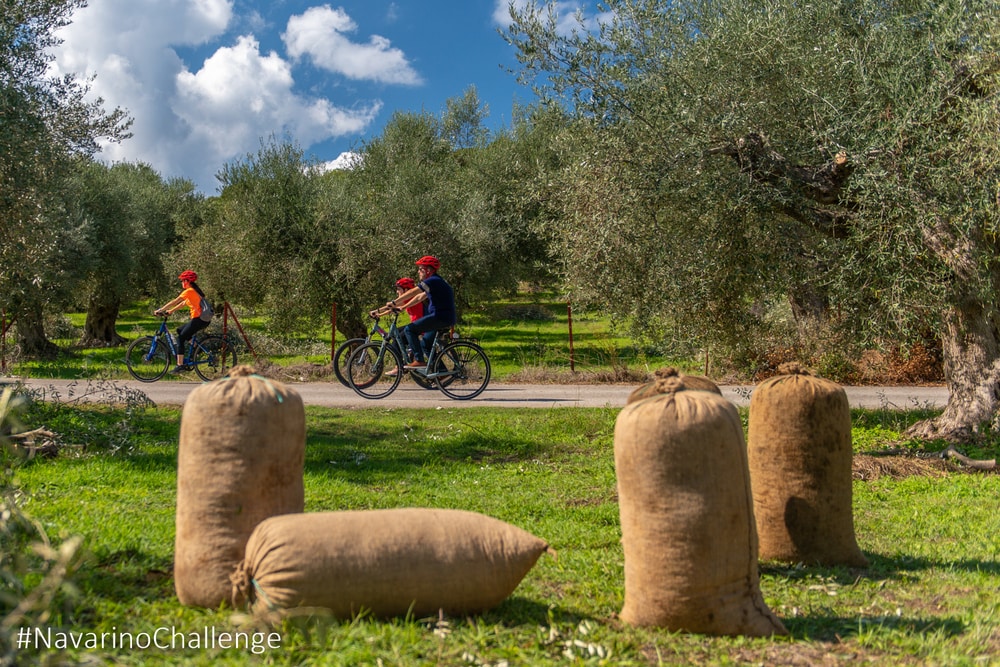 The event was held based on the strict health protocols approved by the Health Scientific Committee of the General Secretariat of Sports. All participants took part in the event with the provision of a vaccination certificate, or a recovery certificate that was valid for 180 days from the day of their race, or with a PCR test.

Navarino Challenge was held under the auspices of the Ministry of Tourism, the General Secretariat of Sport of the Ministry of Culture & Sport, the International Olympic Academy, the Greek National Tourism Organization and the Hellenic Basketball Federation while it was supported by the Municipality of Pylos-Nestor.

The event joined the Greek actions of the #BeactiveHellas 2021 programme of the European Commission which was held under the auspices of the General Secretariat of Sports.

The event was organized by ActiveMedia Group which was also responsible for the event’s Sports Production. All running races were co-organized with Messiniakos Gymnastic Club and EAS SEGAS Peloponnese Region.