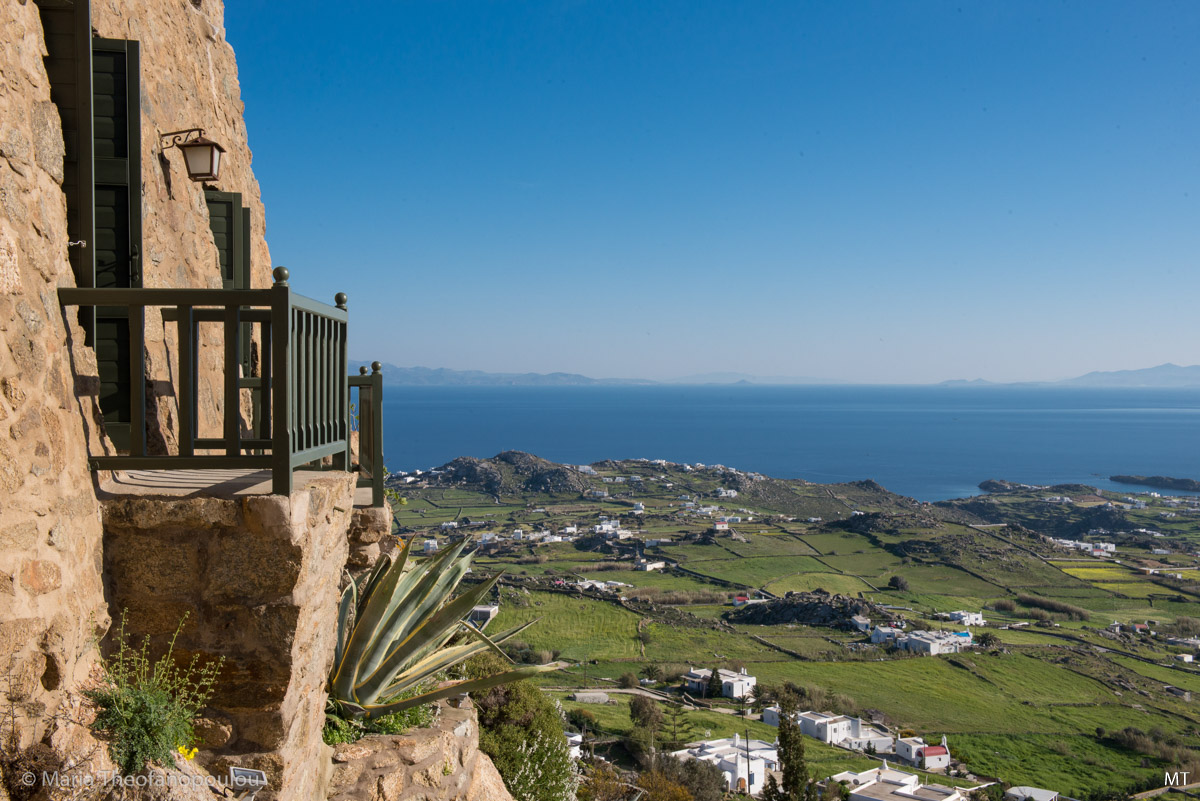 Greece is holding strong in Europe in terms of overnight short-term rental bookings, according to a study released this week by Eurostat, the EU’s statistical agency.

The agency’s first statistics on short-term accommodation cover national, regional and city-level data on the number of stays booked and the number of nights spent in 2018 and 2019 in accommodation booked via Airbnb, Booking, Expedia Group and Tripadvisor.

Overall in 2019, before the Covid-19 outbreak, more than 554 million guest nights in the EU were booked via one of these platforms recording on average 1.5 million guests on a random day.

Greece is among the top 10 in terms of number of stays or overnight stays per visitor or family. 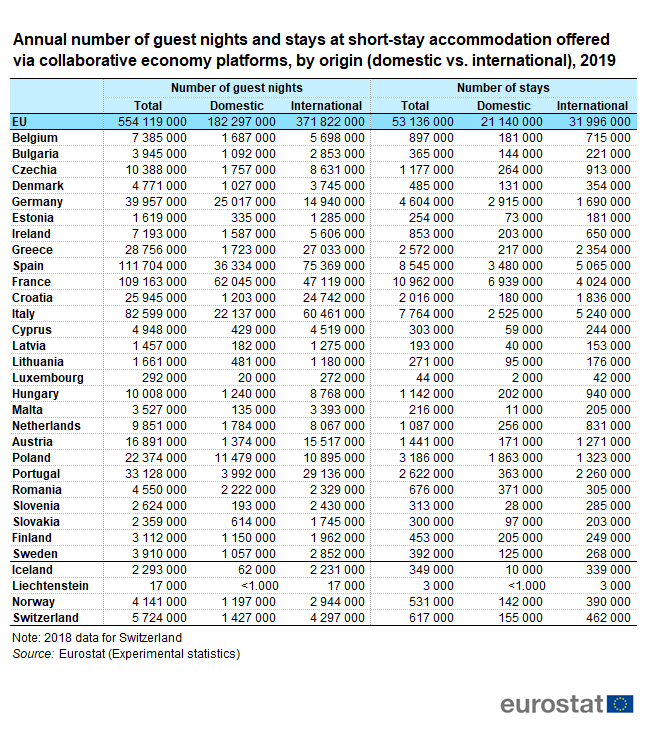 Annual number of guest nights and stays at short-stay accommodation offered via collaborative economy platforms, by origin (domestic vs international), 2019. 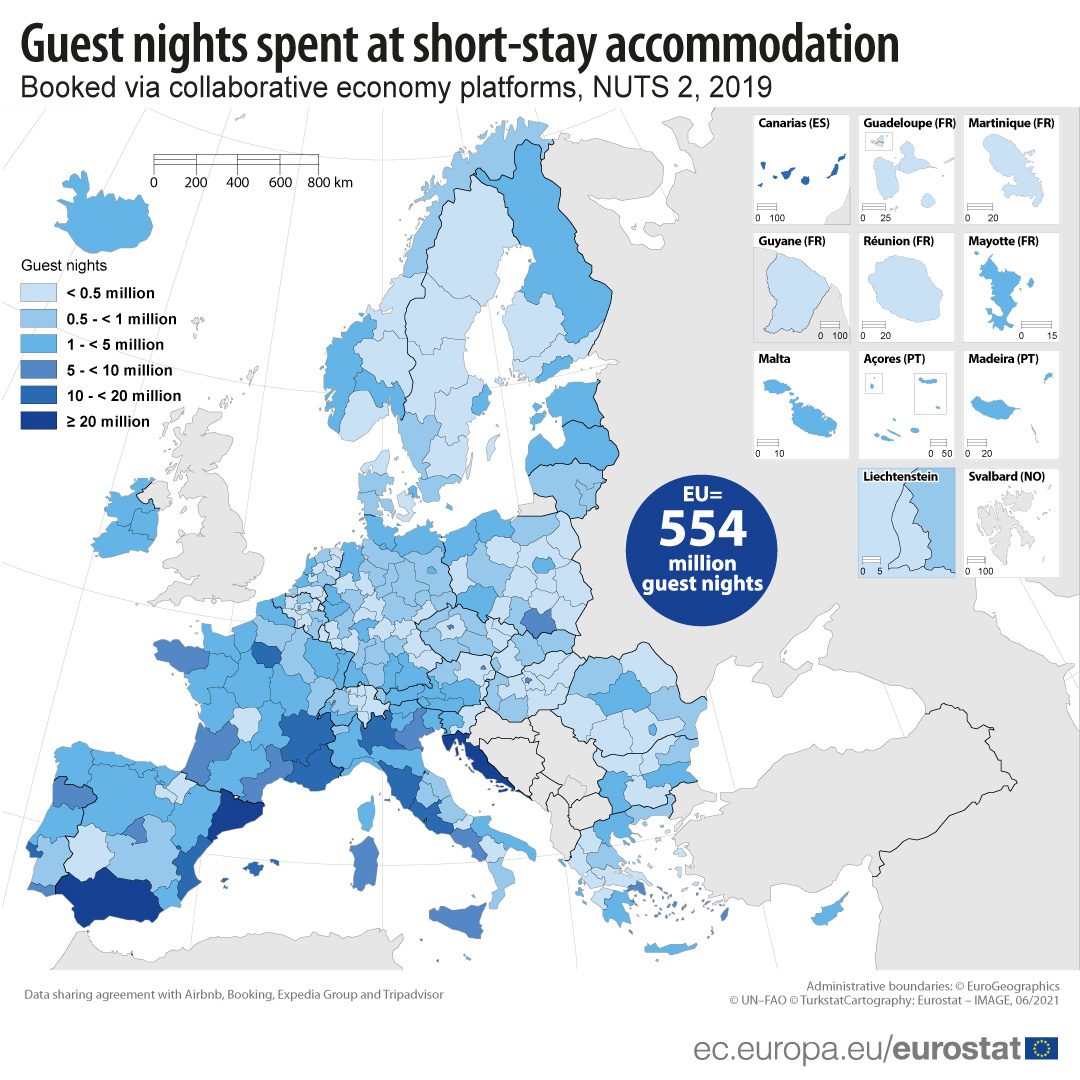 Key takeaways of the Eurostat study:

– in 2019, more than 1.5 million tourists per night slept in a bed booked via the online booking platforms

– more than one in three guest nights was spent during the peak months of July and August.

– in Greece the level of seasonality (measured as the share of July and August in the total guest nights spent during the year) was at 48 percent, after Croatia (62 percent) and Bulgaria (50 percent).

– one in eight guest nights in the EU reserved via platforms was spent in the regions Andalusia, Adriatic Croatia or Catalonia

– Greece was among 12 regions where 95 percent or more of the visitors came from abroad. 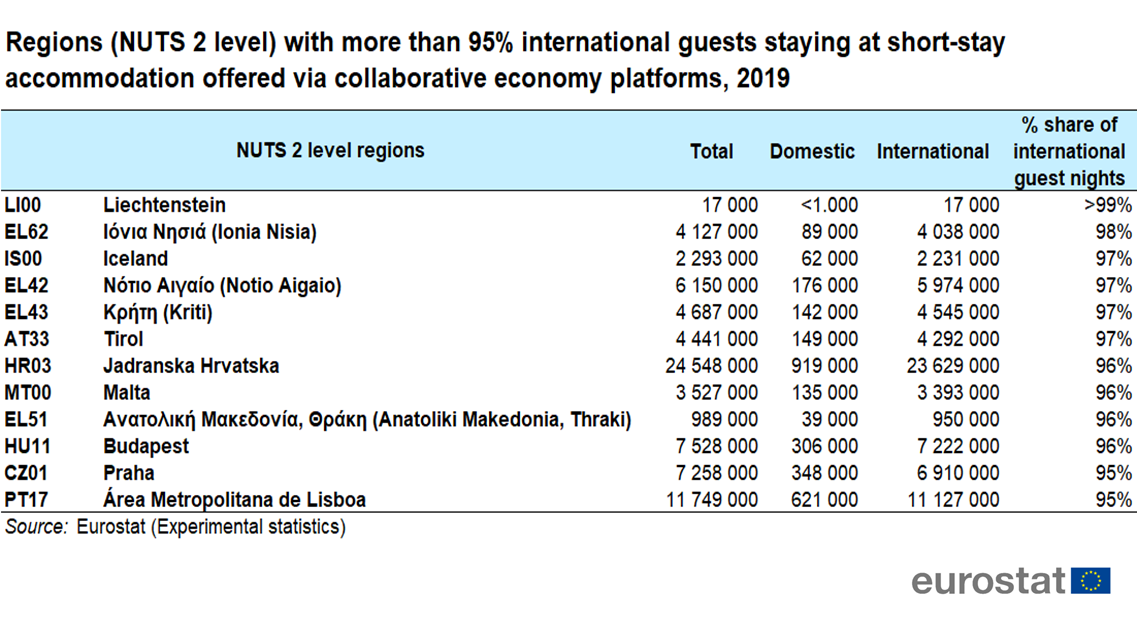 – Paris was the most popular city.

– with regard to accommodation of choice, most guest nights (91 percent) were spent at facilities where the tourists could use the entire dwelling (apartment, house),

Referring to the impact of the pandemic on the tourism industry and efforts being made to accelerate recovery, Commissioner for the Internal Market Thierry Breton projected that “by 2030, Europe should be a top quality destination known globally for its sustainable offer, and attracting responsible and environmentally conscious travelers. The comprehensive data on short-term accommodation rentals published today will support public authorities in developing evidence-based policies”.

Data for 2020 will be available after the summer and statistics for the first months of 2021 will be released in autumn.