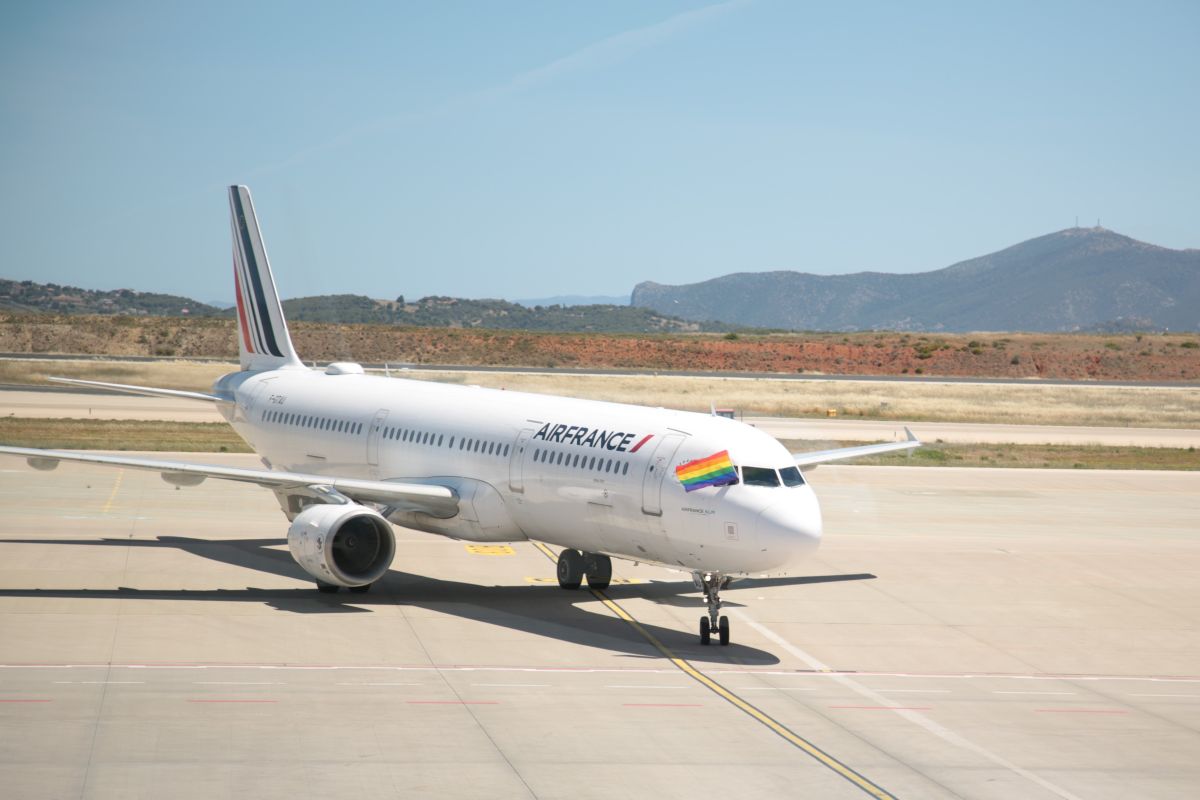 Air France on Monday, May 17, the International Day against Homophobia and Transphobia, promoted inclusion and respect for diversity with two special “LGBT+ friendly” flights from Paris-Charles de Gaulle to San Francisco (AF084) and Athens (flight AF1532).

“Aware of its social and societal responsibilities, Air France is reaffirming its commitment to ensuring that only skills count in the workplace: fighting against all forms of discrimination is essential to progress and to ensure equality, respect and tolerance,” the airline said in an announcement.

Commenting on the special Paris-Athens “LGBT+ friendly” flight, Air France-KLM Regional Manager for Athens Yiannis Pantazopoulos said: “We welcome to Athens the flight of Air France that carries the rainbow flag and the first visitors to Greece after the restart of tourism.” 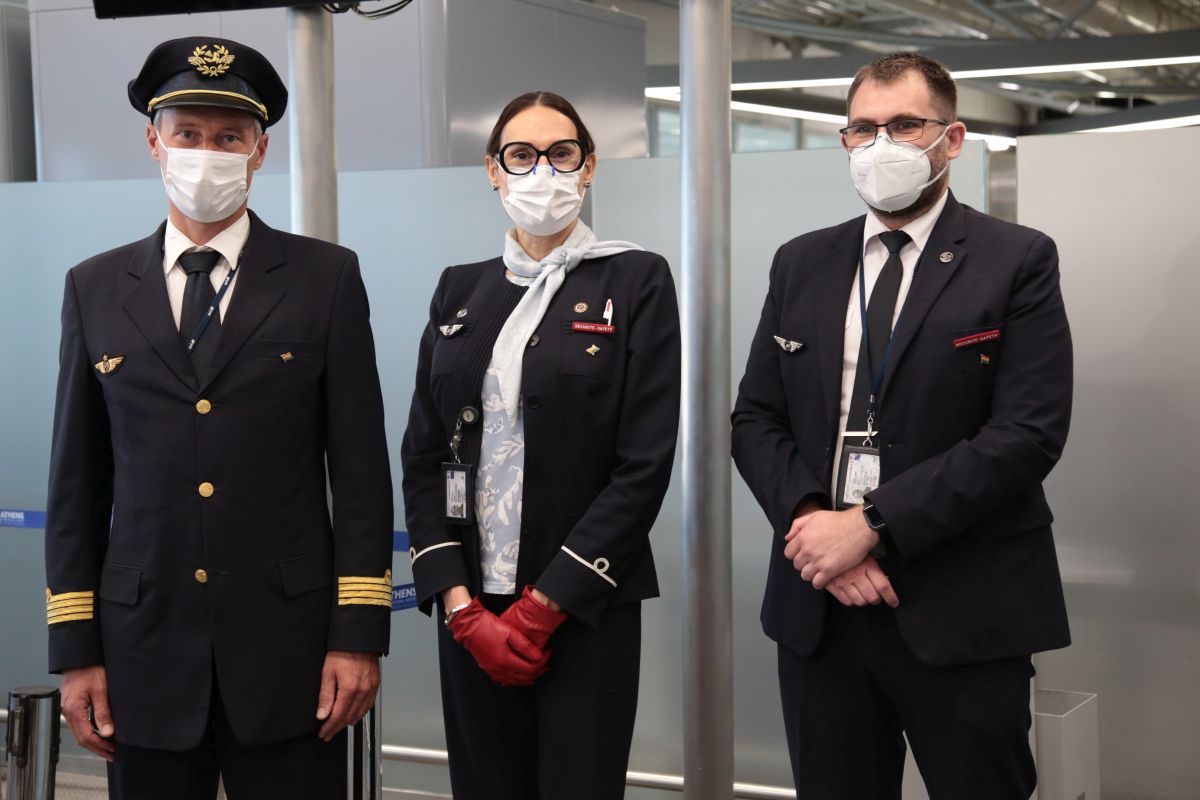 According to Pantazopoulos, with the inclusion of new flights to various Greek destinations in its summer program this year, the Air France-KLM Group confirms the confidence it has in Greece.

“This flight makes us proud because it shows that our country has great strides towards tolerance of diversity and it is our great pleasure for a company like Air France to communicate in this way to the whole world,” he added.

The flying of the two special “LGBT+ friendly” flights to San Francisco and Athens were among the actions the airline carried out on Monday to promote its commitment to inclusion and diversity. 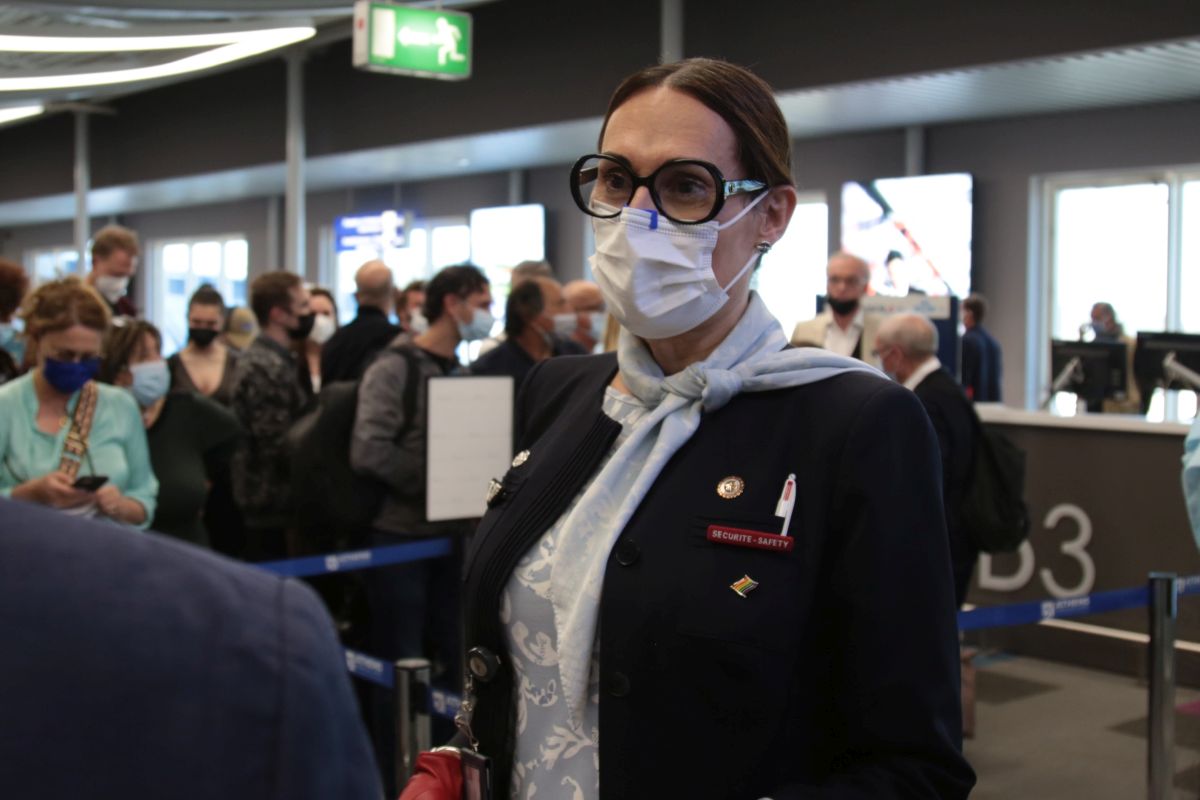 Air France purser Lou Andréa Colliaux at Athens International Airport on Monday. In October 2020, Colliaux was named as l’Autre Cercle’s Role Model in the “LGBT+ Leader” category. l’Autre Cercle’s Role Models are 95 professionals who have distinguished themselves with their actions in favour of the inclusion and visibility of LGBT+ people and are divided into four categories: LGBT+ directors, directors supporting the LGBT+ cause, LGBT+ leaders and young LGBT+ graduates.

Air France and other major groups and associations were among the signatories of a tribune initiated by l’Autre Cercle and published in the newspaper Les Echos.

Also, a webinar for company staff, promoting exchange and sharing, was held on Monday with Air France CEO Anne Rigail, l’Autre Cercle and the association Personn’ailes.

“The International Day against Homophobia and Transphobia is an opportunity for Air France to promote its commitment to inclusion and diversity as well as the awareness-raising actions it is carrying out to promote an inclusive work environment in which all employees can be themselves,” the airline said.

Novotel Athènes Opens its Doors to Visitors of the Greek Capital