NBG: Liquidity Pressures Dropping in 2021 but Tourism Under Strain 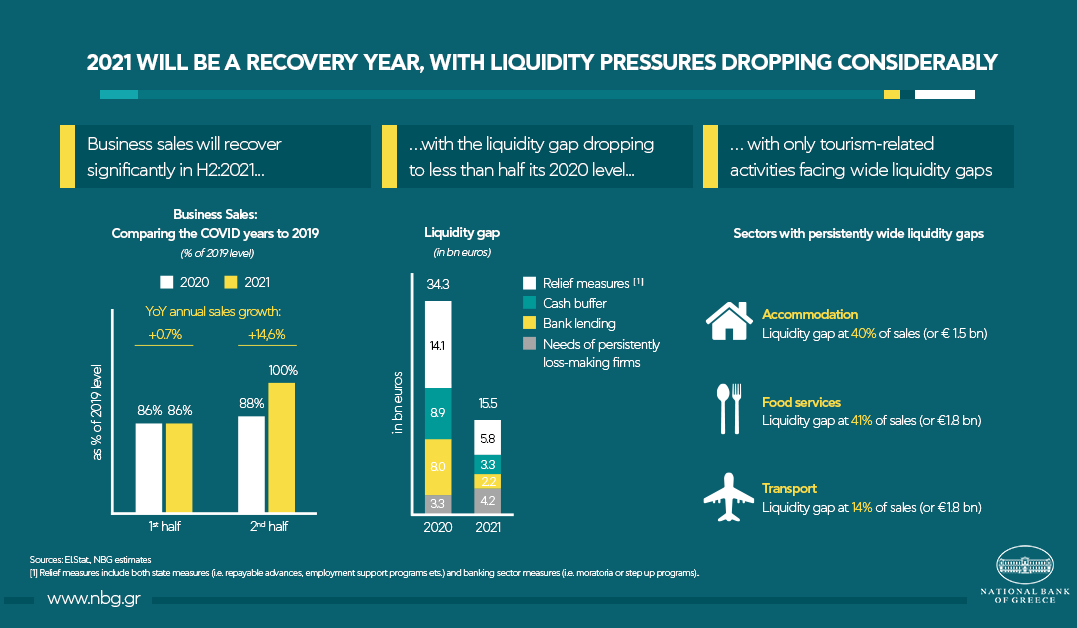 The liquidity gap for Greek businesses will be halved this year with tourism-related activities remaining under strain, said the National Bank of Greece (NBG) in a sectoral report released this week. 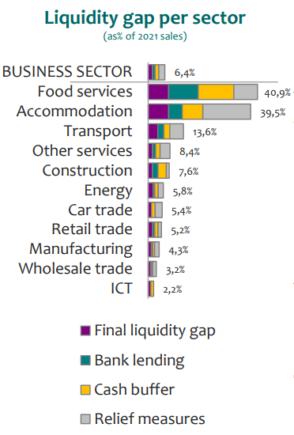 After taking a blow in 2020 due to Covid-19, 2021 is expected to be a year of gradual recovery for Greek businesses with liquidity pressures dropping considerably and improved performance expected in the second half of the year, said NBG.

The report adds, however, that the Greek tourism sector, which was among the hardest hit, is expected to have the highest post-measures working capital needs estimated at 1.3 billion euros, with the shortfall more severe in food services, reaching 18 percent of sales.

Accommodation in the second half of 2021, although remaining significantly below its 2019 level – down by 38 percent – is expected to be about 50 percent higher than 2020, allowing the majority of hotels to open for the high season with estimated occupancy rates of about 45 percent – similar to 2020 for 60 percent of open hotels, said the report.

NBG analysts say vaccination is crucial to recovery, adding that liquidity-squeezed firms will account for 33 percent of total turnover compared to 88 percent in 2020.

Continued government support and banking solutions on amortization payments will help reduce liquidity pressure by 5.8 billion euros, said the report, adding that by maximizing the use of existing cash reserves in Greek companies, an additional 3.3 billion euros of the liquidity gap should be covered.