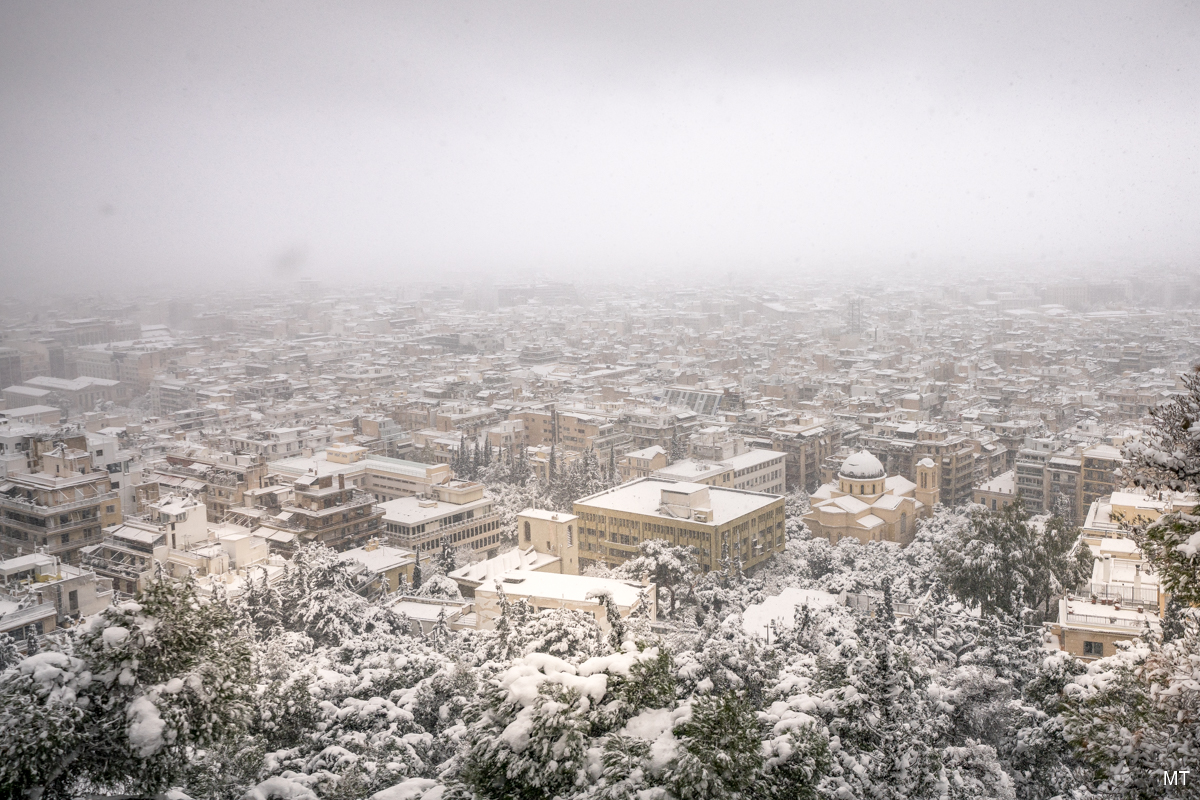 Athens and the wider Attica region went “white” on Tuesday after a snow storm dubbed “Medea” swept through bringing all traffic to a halt and causing power cuts in and around the Greek capital.

Snowfall combined with gale force winds started on Monday from the northern parts of Attica covering all of Athens as well as the Acropolis, an UNESCO World Heritage site on Tuesday morning.

Heavy snow in the center of Athens is a very rare phenomenon. 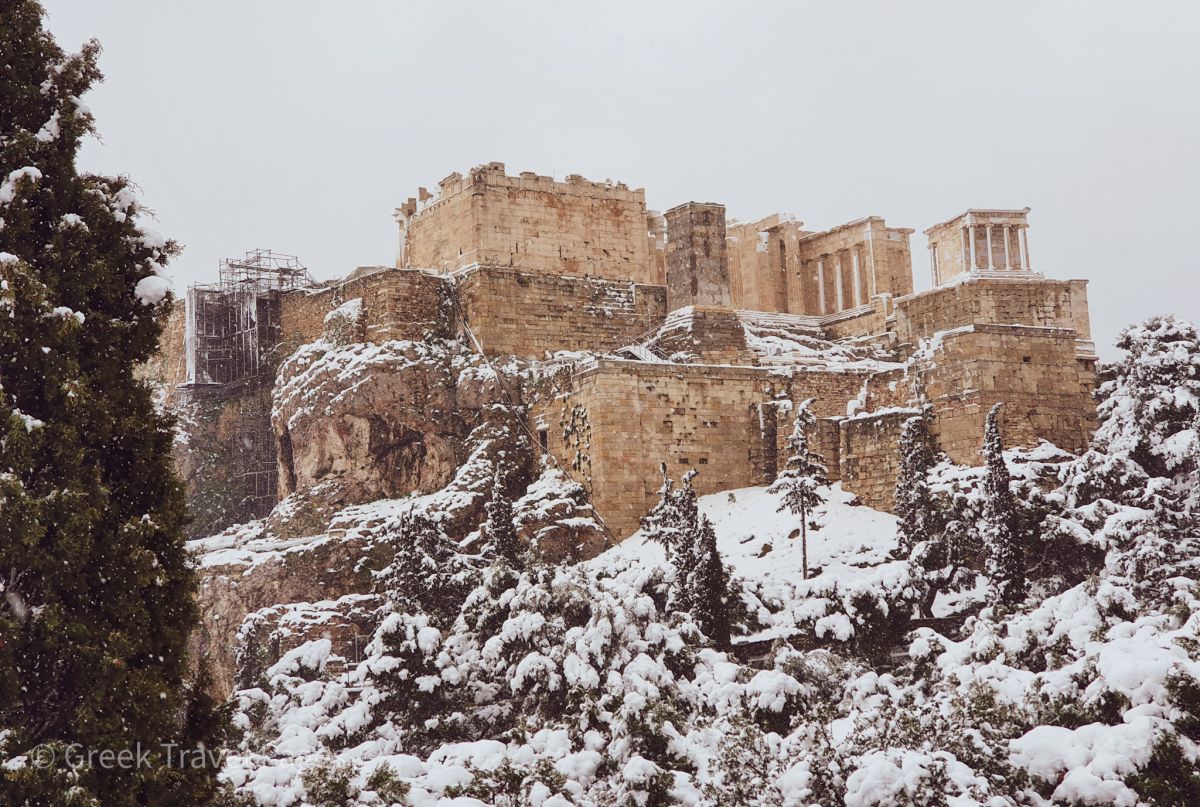 After an emergency meeting with Prime Minister Kyriakos Mitsotakis on Tuesday, Greece’s civil protection ministry issued a warning urging the public to restrict all non-essential movement.

The extreme weather conditions, including sub-zero temperatures and heavy snowfall, forced authorities to suspend ferry travel, shut down several icy roads as well as the Athens-Corinth highway, which reopened earlier today. It also pushed back Covid-19 vaccinations which were planned for Tuesday. 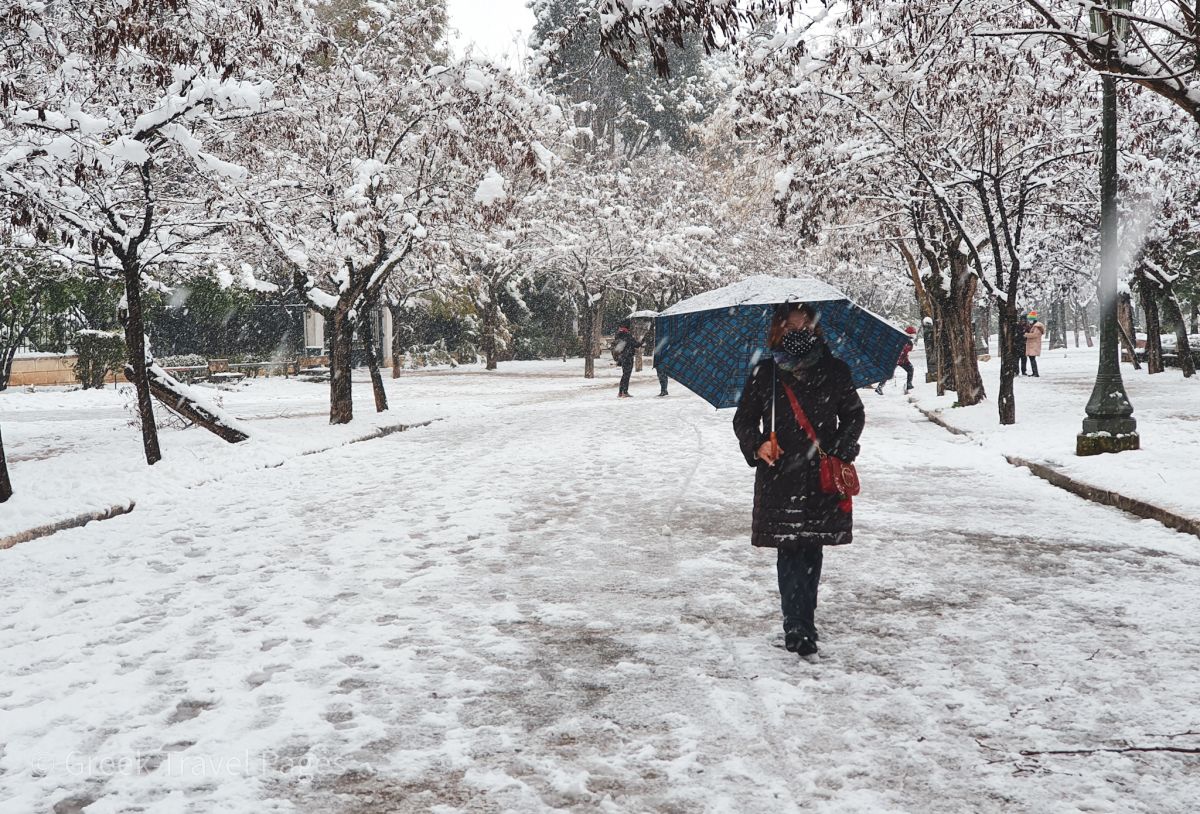 Meanwhile, dozens of areas on Evia island and in Athens, including Agia Paraskevi, Halandri, and Vyronas, experienced power outages some still without electricity. At least three deaths were reported due to the power cuts.

“Our goal is to keep open roads to hospitals, health centers and other key buildings for emergencies,” Attica Governor Giorgos Patoulis told the Athens News Agency.

The National Meteorological Service (EMY) has forecast severe weather into Wednesday for central, southern and eastern Greece and Crete.