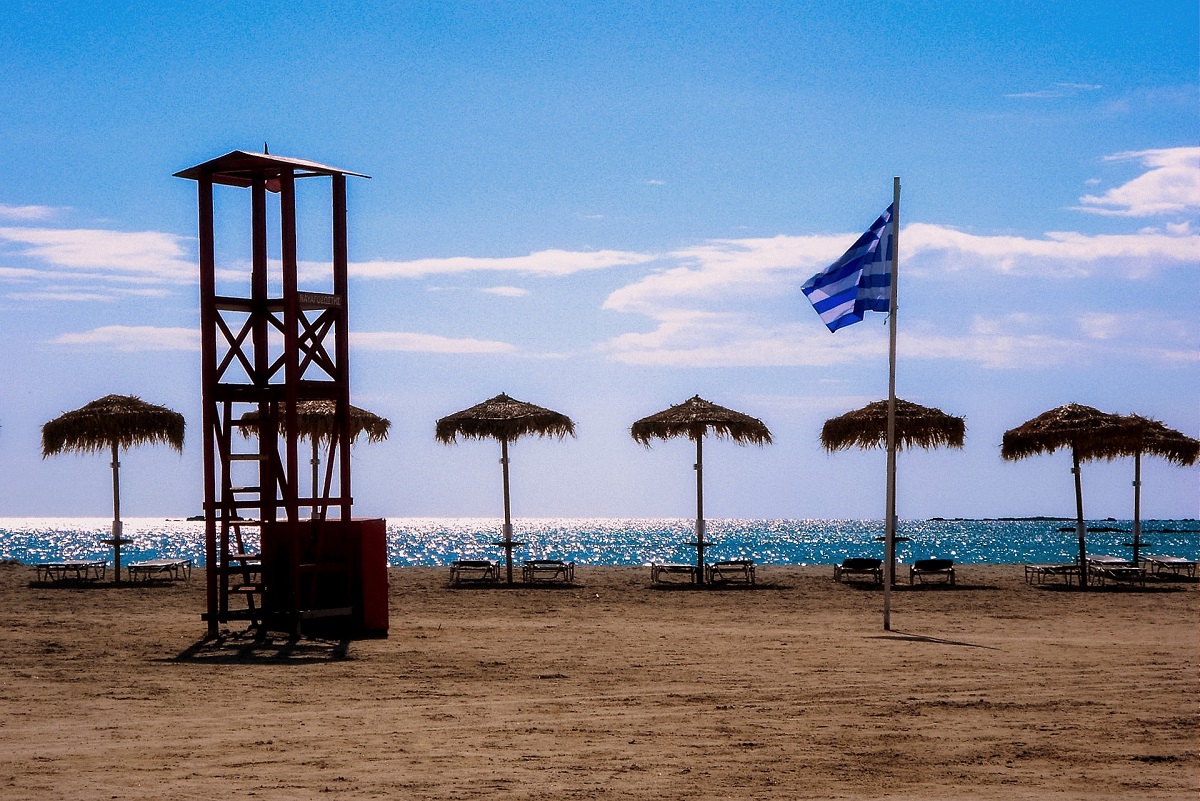 New strains of Covid-19 and slow vaccination in Europe may impact tourism to Greece serving a blow to the Greek economy, according to a report released this week by Capital Economics.

Thursday’s European Economics update found that Greece together with Spain and Portugal – leading European travel destinations – may lose one more tourism season due to Covid-19.

More specifically, the report cites the emergence of new virus variants and euro zone authorities’ slow progress with vaccinations, noting that “there is a growing risk of another summer tourist season being lost. That would disrupt the Greek economy for a second year in a row and substantially delay the recoveries in Spain and Portugal”, Capital Economics analysts said.

Earlier this week, Greece’s influential think-tank the Foundation of Economic and Industrial Research (IOBE) also forecast that tourism activity in 2021 would remain low at 45-50 percent of 2019 levels. The IOBE’s director general, Nikos Vettas, said that Greece was at risk of seeing another lost tourism season if vaccinations were not completed by the end of April, forecasting growth at 0.5-1 percent. 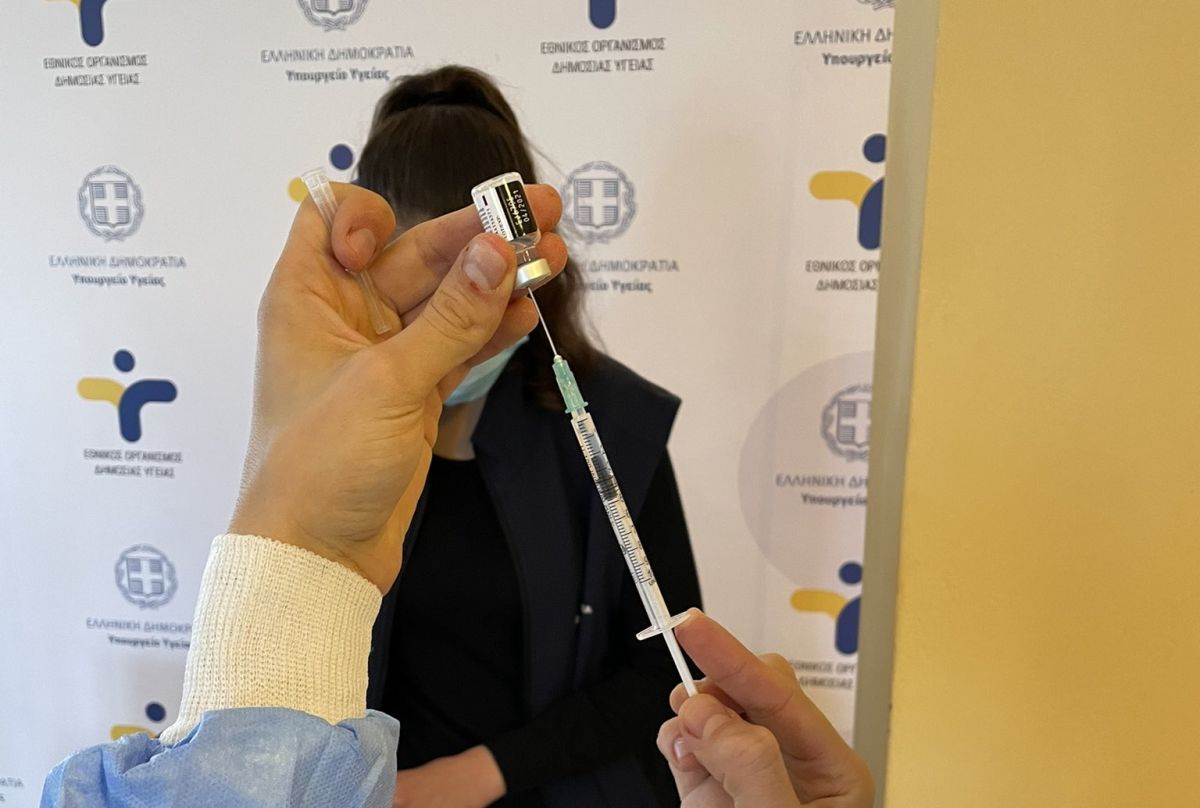 The Capital Economics report describes Europe’s vaccination rollout as “disappointing” adding that slow progress will result in the need for strict containment measures for a longer period of time and that even if domestic lockdowns were eased, international travel measures could put Europe’s summer tourism season at risk.

The report goes on to add that Mediterranean destinations largely dependent on tourism such as Greece and its islands as well as Portugal stand to lose the most, especially if restrictions are not lifted before summer.

Among the four largest economies, Spain faces the highest risk with travel services exports in Q3 at around 2 percent of annual GDP plunging to 0.5 percent in 2020. 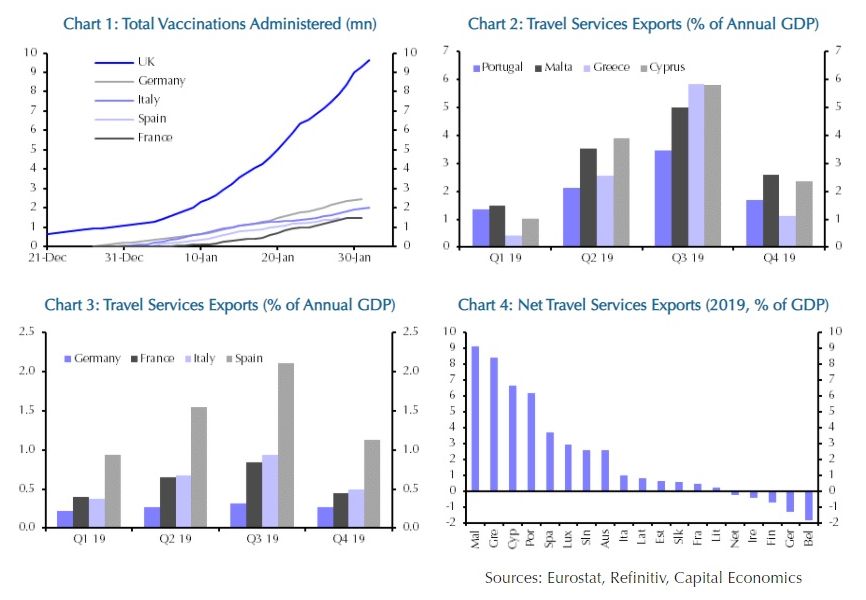 Analysts add that the seasonal pattern is “less extreme” in France and Italy, and almost non-existent in Germany. At the same time, senior Europe economist Jack Allen-Reynolds said the economies of Belgium and Germany could see increasing activity driven by domestic holidaymakers.

The report concludes that the recovery of EU economies hinges on the fast and effective vaccination rollouts.

“Our forecast that the eurozone economy rebounds strongly hinges on Covid-19 restrictions being lifted by the middle of the year,” Capital Economics analysts said.

“Unfortunately, vaccine supply shortages, distribution problems and concerns about variants could force governments to keep restrictions in place for longer, or remove them more slowly, than we have assumed,” they added.