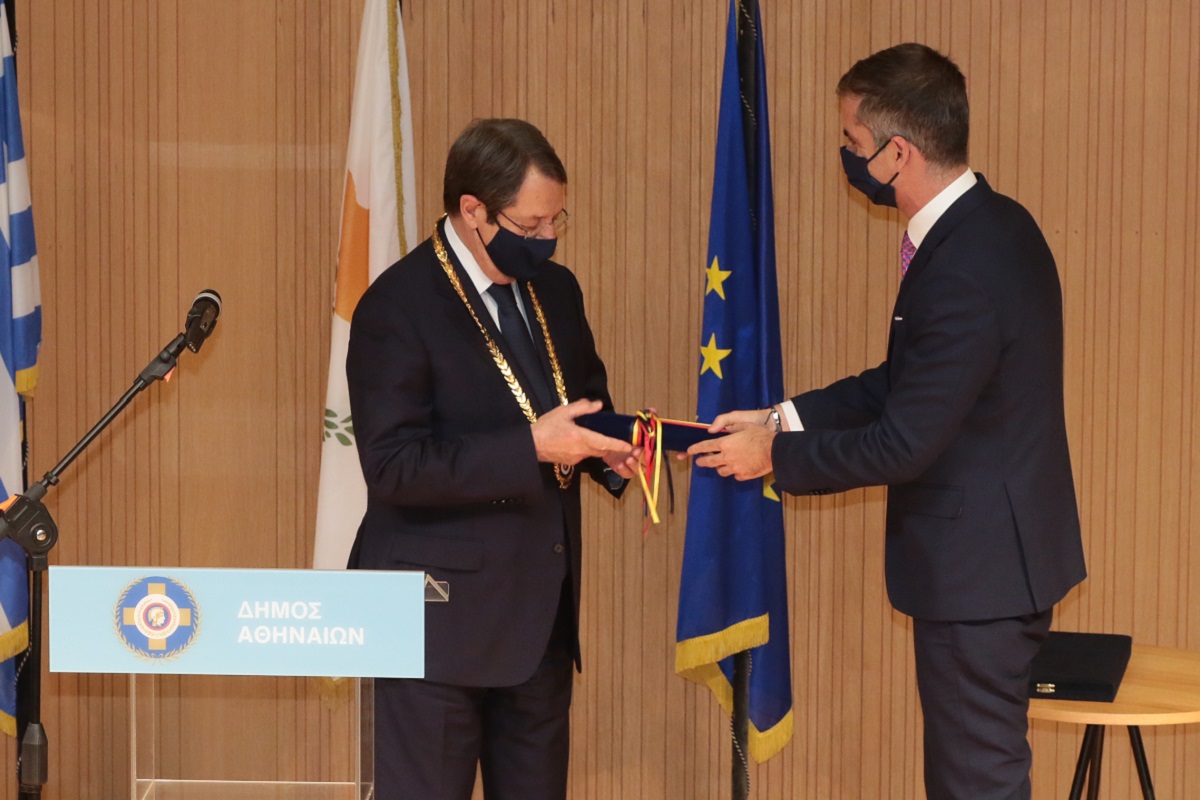 The President of the Republic of Cyprus Nicos Anastasiades was awarded the Gold Medal of Honor by the Municipality of Athens during a special ceremony held in the Greek capital on Monday.

Following a decision by its municipal council, the Municipality of Athens offered the Gold Medal to Anastasiades in recognition of his efforts for the peaceful reunification of Cyprus.

The medal was offered to the Cypriot President by Athens Mayor Kostas Bakoyannis in the presence of Greek Prime Minister Kyriakos Mitsotakis and other state officials. 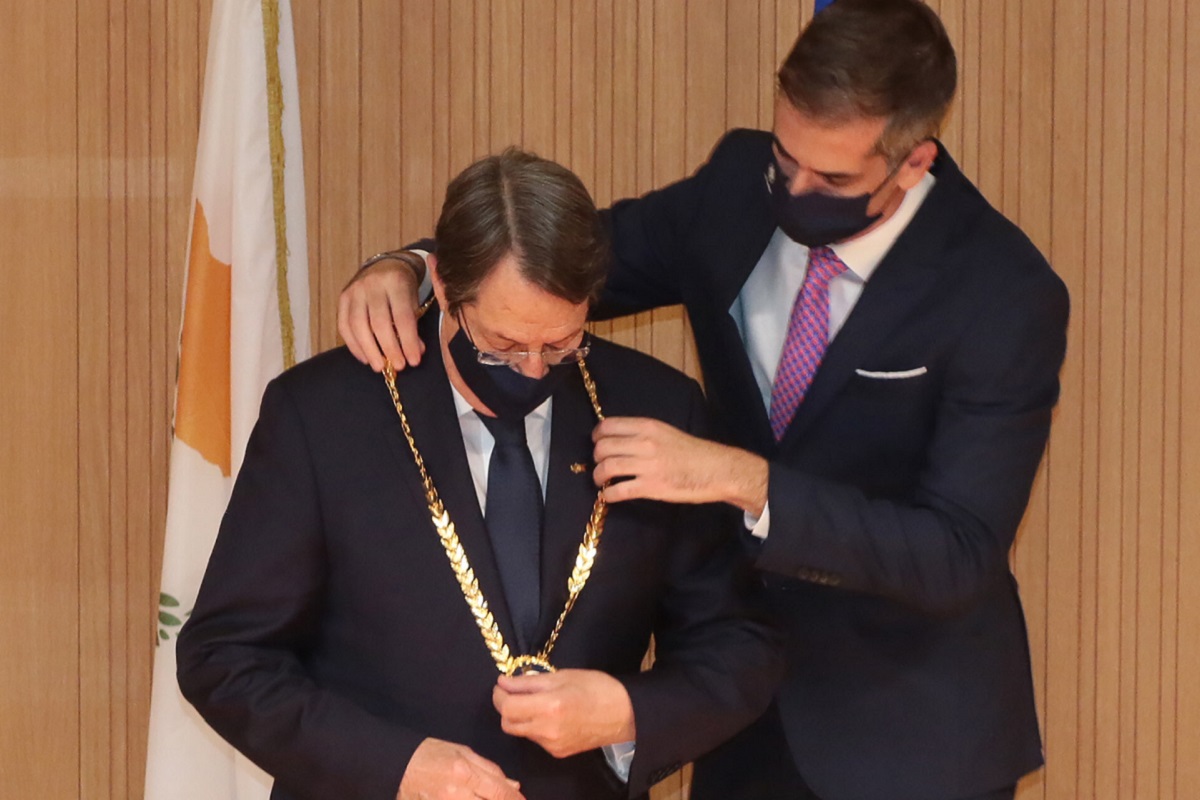 “Today, Athenians award you the Gold Medal of Honor of the City of Athens, in recognition of your efforts to benefit Cypriot people and for your firm defense of human and democratic values ​​that unite Greece and Cyprus,” Mayor Bakoyannis said.

“[Also,] for your dedication to a Europe of solidarity, development and social cohesion… and your commitment to bring peace and prosperity in the Eastern Mediterranean and worldwide, based on the principles of international law,” he added. 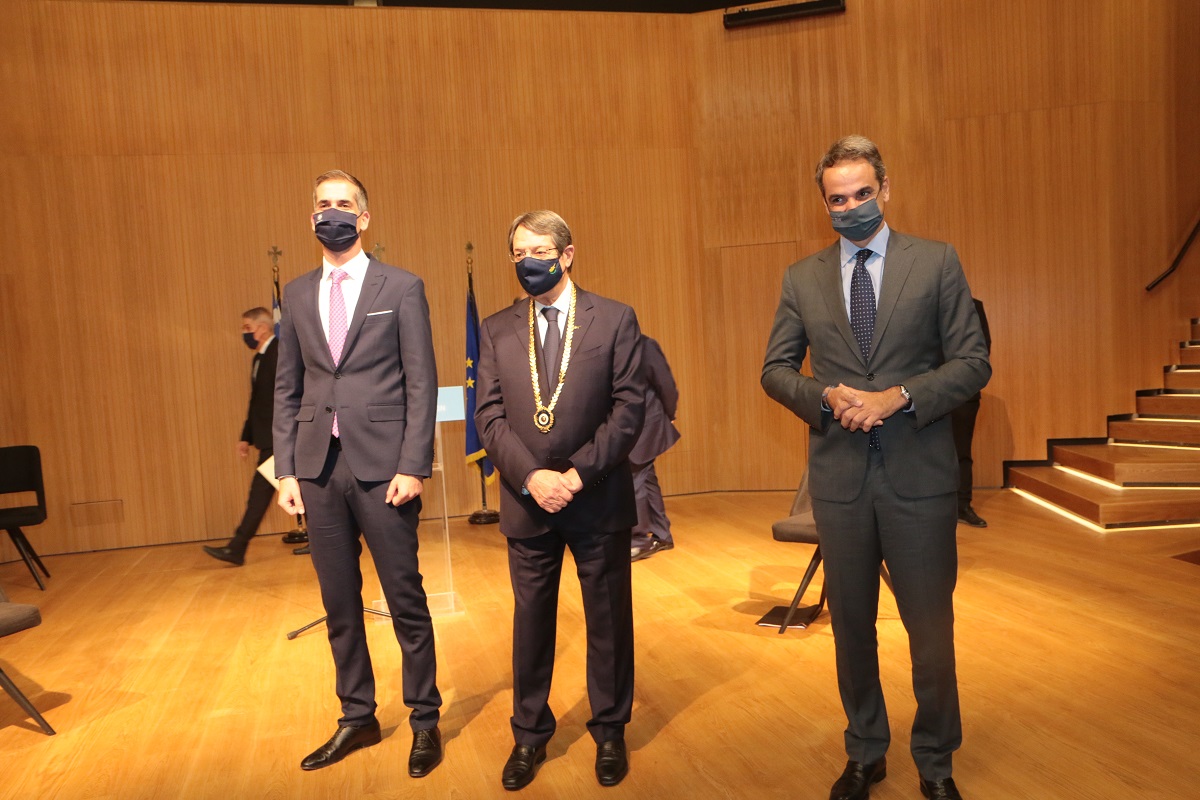 The Cypriot president thanked the Mayor and said that Greece and Cyprus were facing significant challenges as a result of Turkey’s escalating expansion policy in the Aegean sea.

Anastasiades added that his continuous goal – and the aim of Greek governments and people – was “to find a mutually acceptable solution that will not deviate from UN resolutions, the European acquis and the principles of the European Union”.

Telework Gaining Ground Among Employees in the Coronavirus Era