Hellenic Parliament Building to Get a Facelift 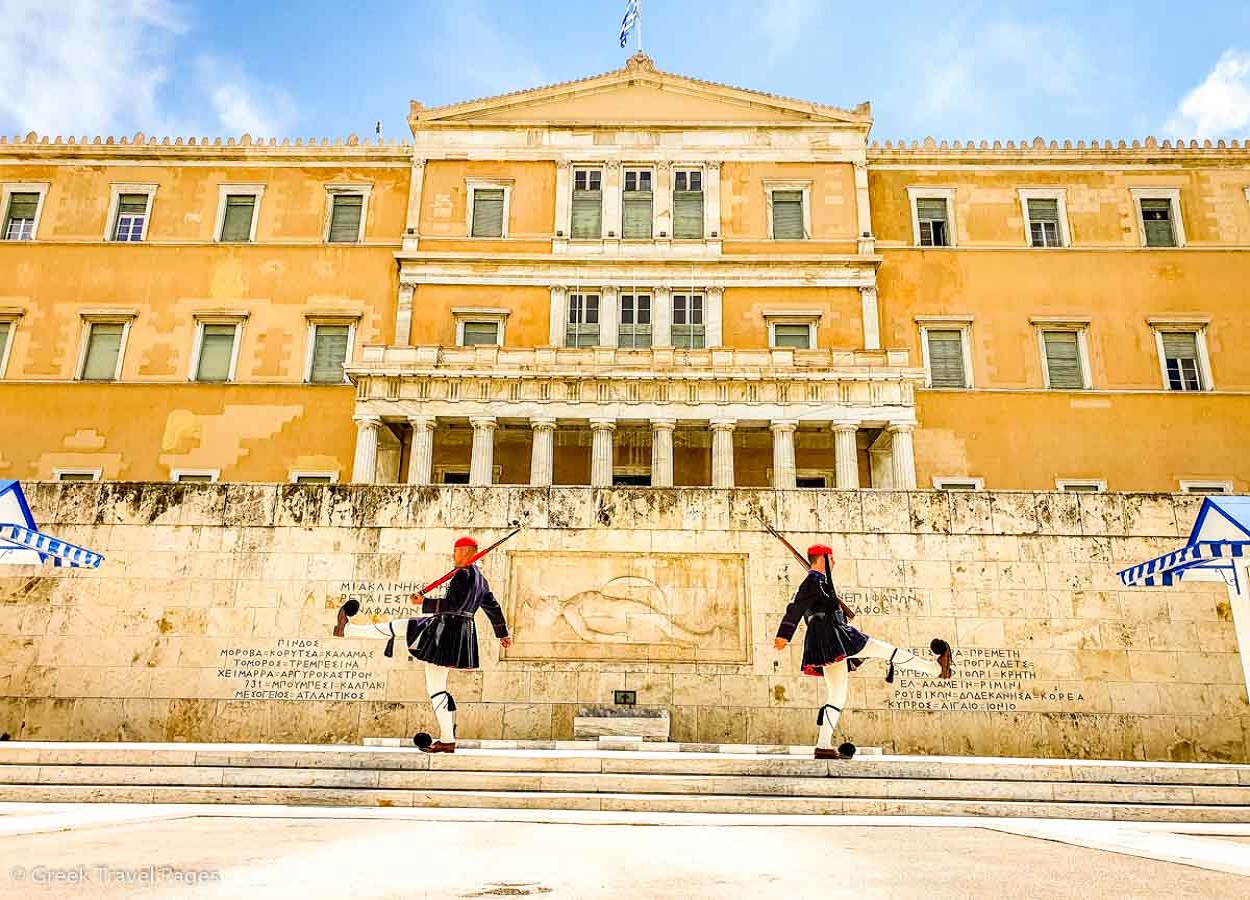 The exterior of the historic building of the Hellenic Parliament in central Athens is undergoing restoration and maintenance works, expected to be completed by March 2021 in time for the celebration of the 200th anniversary of Greece’s independence.

The history of the impressive building is linked to the creation of the modern Greek state. Its foundation stone was placed on February 6, 1836. Seven years later, in 1843, it served as the Royal Palace and was inhabited by King Otto and his queen Amalia. In 1863 it served as the residence of King George Ι and his family.

Almost 100 years after its construction it became home to the Hellenic Parliament. The first parliamentary session took place in the building on July 1, 1935. 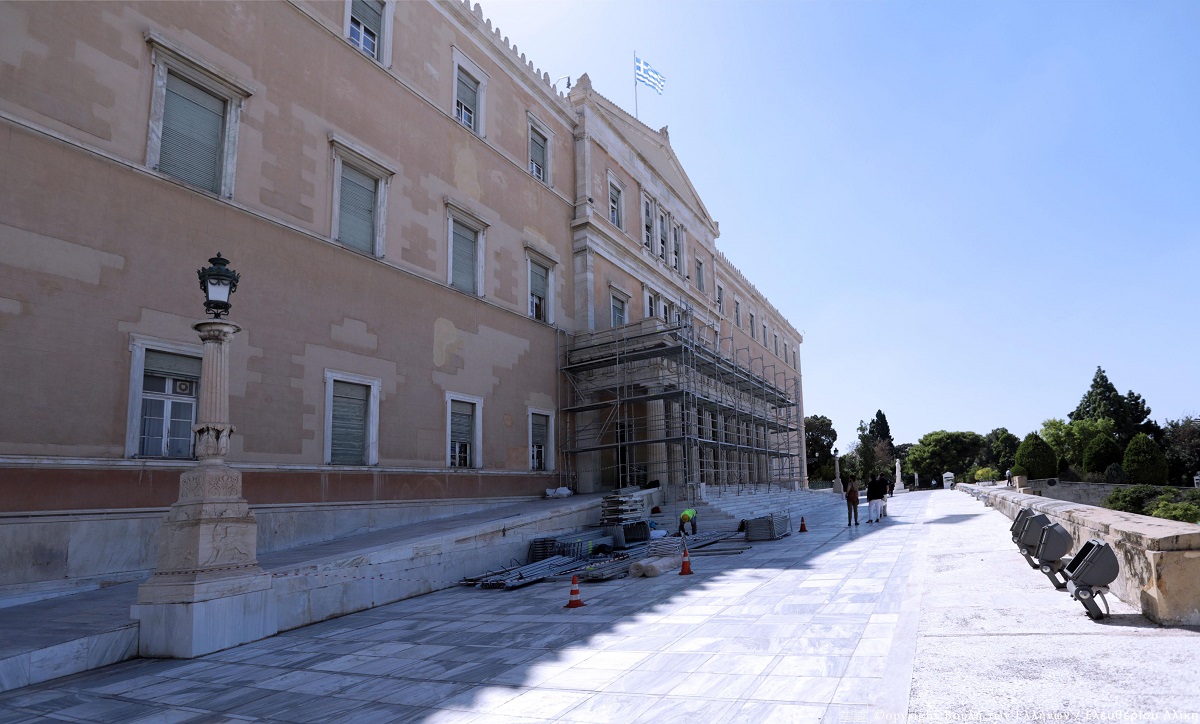 Through the years, the Hellenic Parliament has undergone a number of changes. The latest restoration work started in August in the exterior areas with the maintenance of the building’s marble elements (propylae, balconies, columns, stairs, lampstands, marble lions, etc.).

The project also includes the restoration of its wooden elements (entrance doors, frames, windows), the masonry and the facade. Furthermore, the old frames will be replaced as part of the scheme for the building’s energy efficiency upgrade. 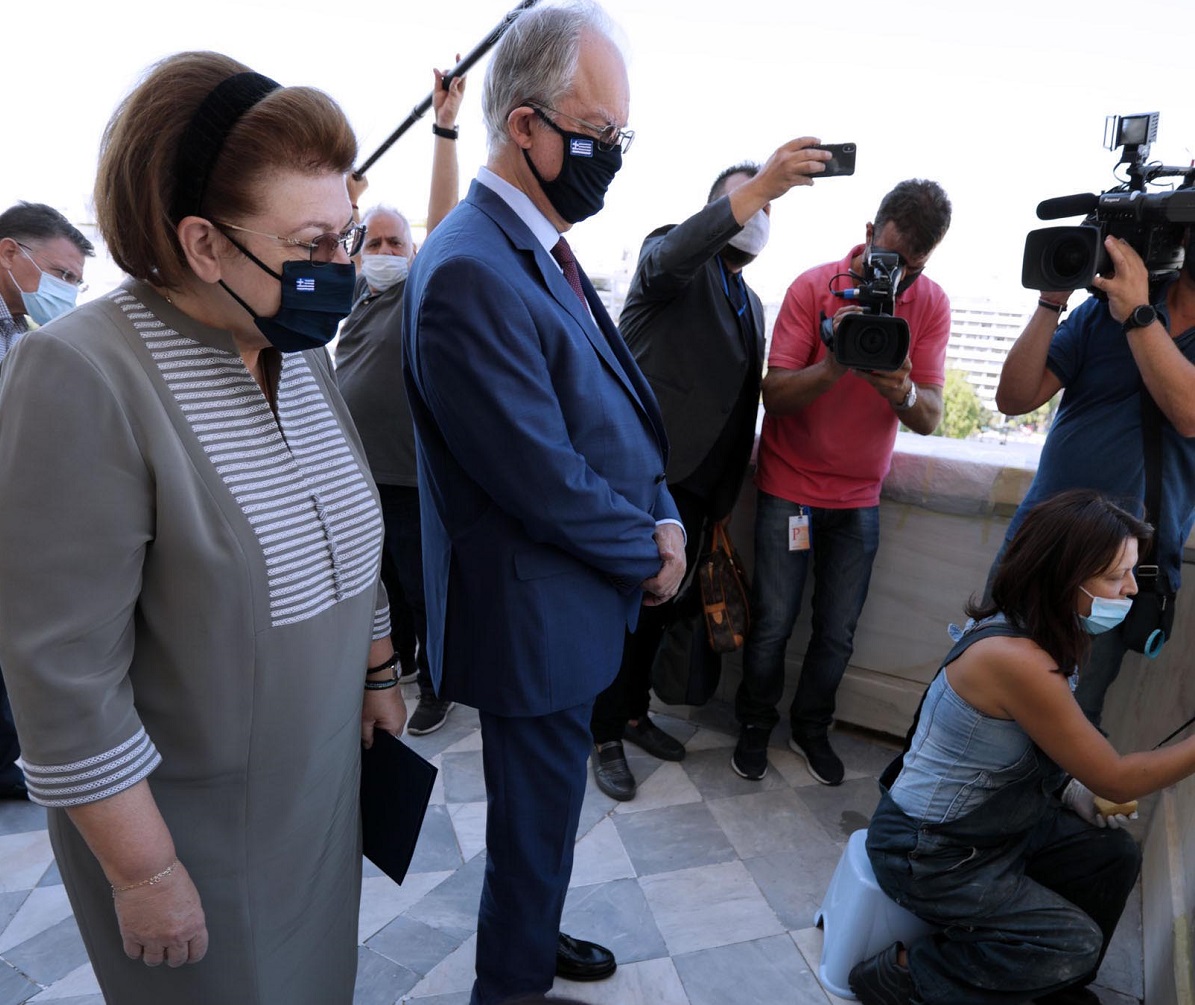 During a recent presentation, Hellenic Parliament President Constantine Tassoulas said the restoration was a difficult process with respect to detail.

“The final result will breath life [into the monument] and offer a stunning view of one of the most beautiful buildings in the world,” he added.

Funded by the National Strategic Referrence Framework (NSRF), the project is taking place under the supervision of the Ministry of Culture with 12 conservators from the Directorate of Conservation of Ancient and Modern Monuments and eight stone conservators working on the site. 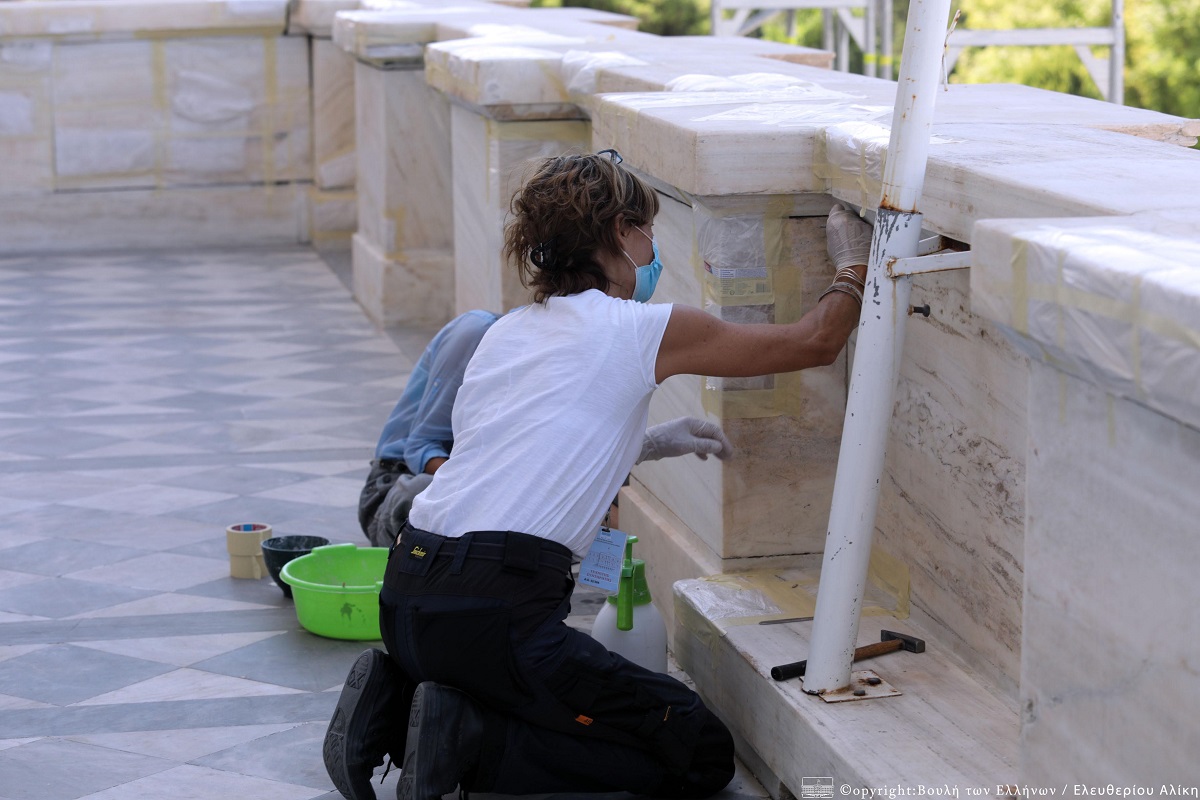 According to Culture Minister Lina Mendoni, the Hellenic Parliament still holds the elements of grandeur and authenticity with the marble being among its basic elements of structure and decoration, as was the case in temples of classical antiquity.

She also said that that for the first time, the ministry had proceeded with the digital recording of previous damages and interventions using a state-of-the-art 3D laser scanner. This process will allow the ministry to perform future maintenance work based on accurate data.