Study Shows Europeans Wary of US, Want EU to Unite 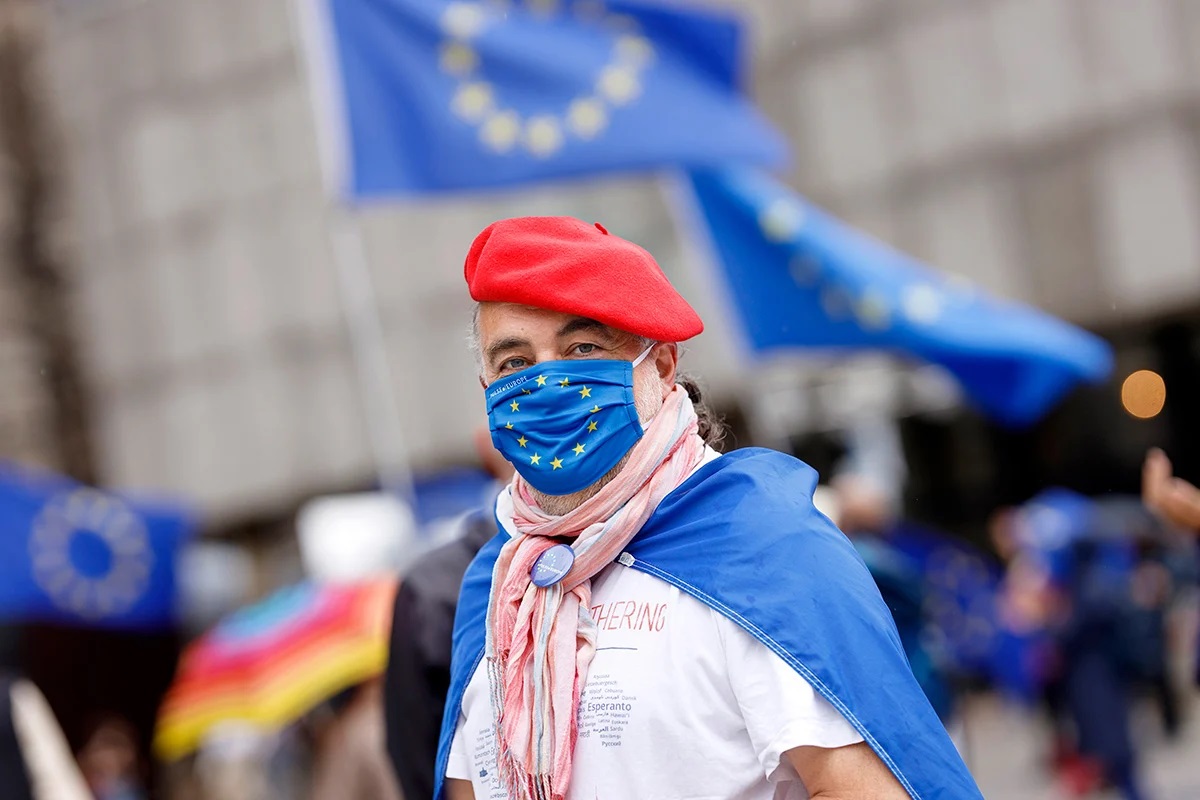 The majority of Europeans feel “alone and vulnerable” and do not consider the US an ally in their fight against Covid-19, according to a European Council on Foreign Relations (ECFR) study released this week.

Conducted by Datapraxis and YouGov in nine EU states, the poll found that just 2 percent of Europeans feel the US is a “helpful” ally in dealing with the coronavirus (Covid-19) pandemic. Indicatively, in Denmark 71 percent said their perception of the US had become negative, Portugal (70 percent), France (68 percent), Germany (65 percent), and Spain (64 percent). Two-thirds said their view of the US has worsened during the crisis. 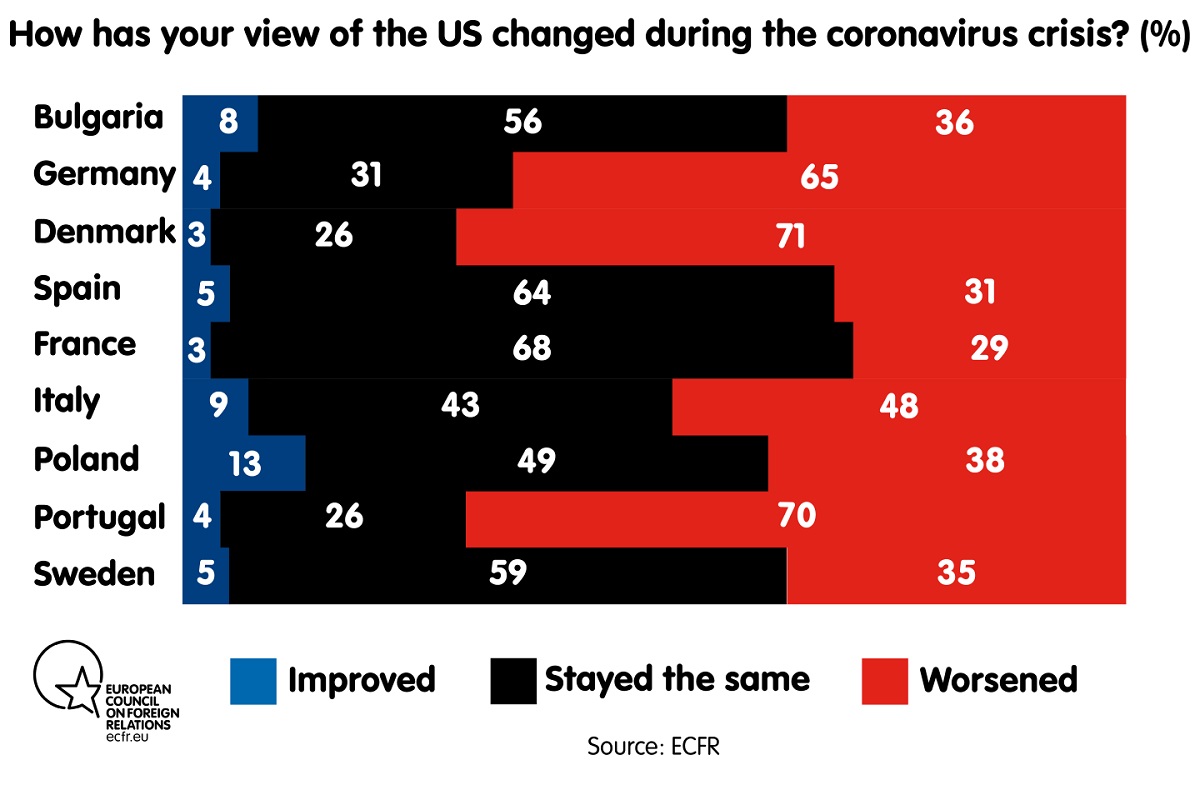 Additionally, the poll reveals a widespread hostility against China with over 60 percent in France and 62 percent in Denmark – among other states -reporting a deteriorating perception of the country. 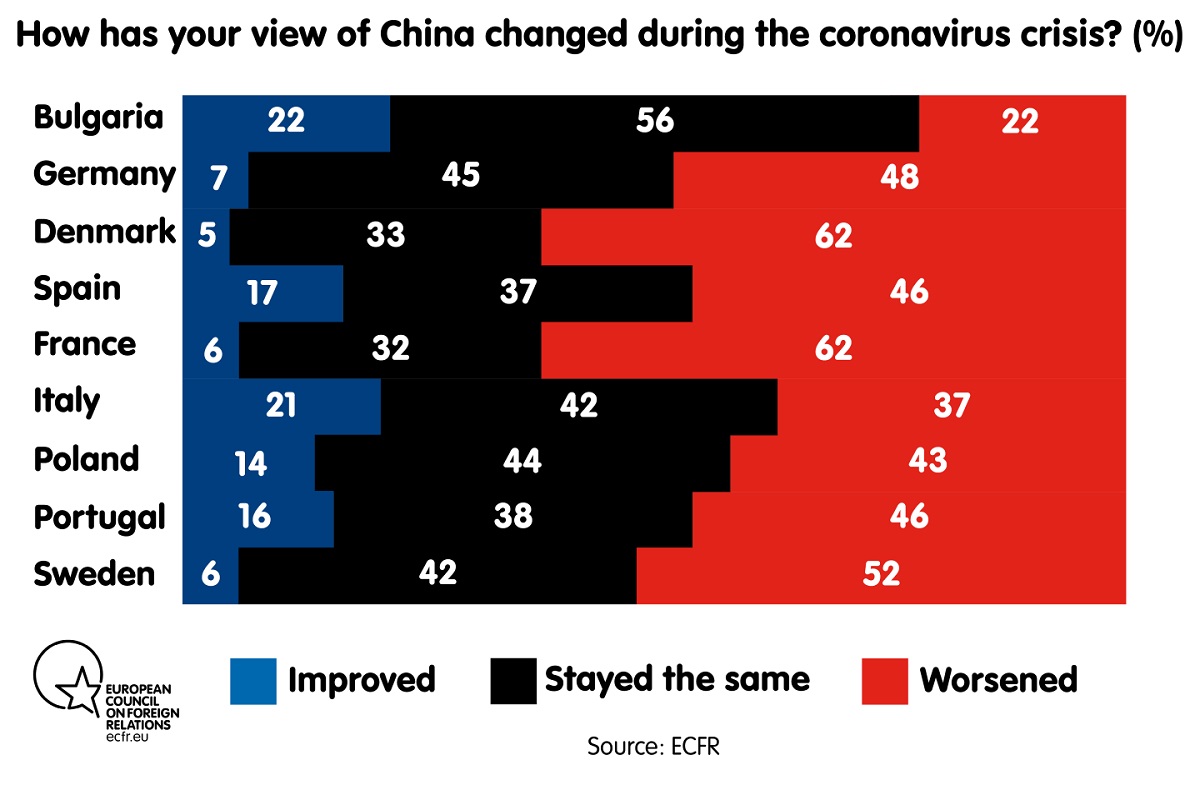 At the same time, EU citizens polled want stronger action on climate change, with over 40 percent in most member states polled claiming their support for the implementation of climate commitments had increased during the Covid-19 crisis.

Additionally, Europeans also want stricter border controls in the aftermath of the Covid-19 health crisis. Indicative are 48 percent of the population in Denmark and 73 percent in Portugal, among others.

In terms of pandemic response, most Europeans surveyed do not think the EU has “lived up to its responsibilities”. Indicative of the disappointment: 63 percent of Italians, 61 percent of French, and 52 percent of Spaniards referred to the EU’s interventions during the coronavirus crisis as “irrelevant”. 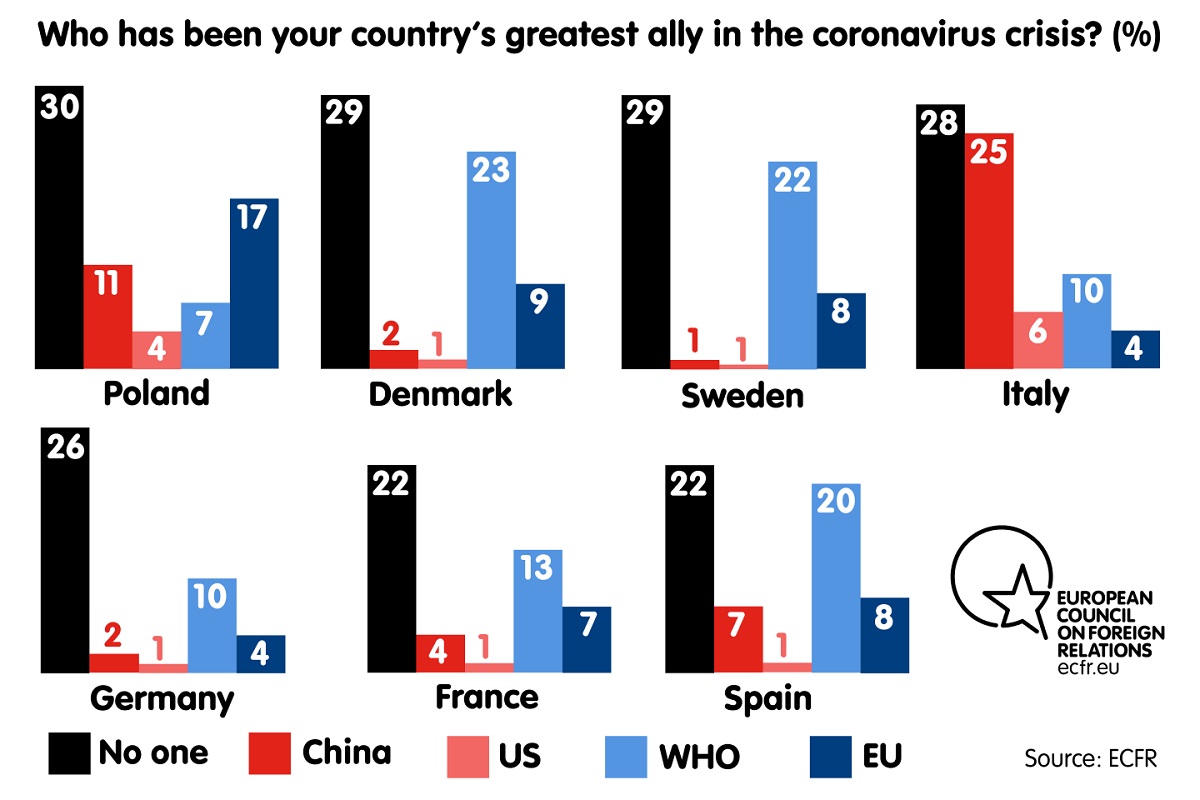 This said, EU citizens are now calling on their leaders to take heed and listen to their needs, focusing efforts on such issues as unity in the union.

According to the ECFR think tank, the majority believe European-level cooperation is the single-best way to address major foreign policy issues, including Covid-19, “particularly against a backdrop of US isolationism”.

The report’s analysts argue that this new pro-Europe sentiment will require delicate handling by EU leaders, particularly by Germany as it prepares to take the EU helm on July 1.

Policy experts who authored the report describe Europe as being in a state of “trauma after Covid-19”, which is a result of individual member-led responses and inadequate action by national governments; failure on the part of the EU to take ownership of international issues; and concerns about the new world order.

Lufthansa to Connect Rhodes and Corfu with Munich for Summer 2020