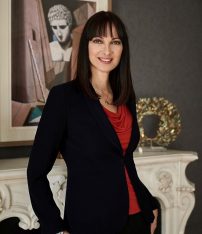 Greece’s Tourism Minister Elena Kountoura has submitted her resignation to Prime Minister Alexis Tsipras, as she plans to run in the upcoming European Parliament elections, an announcement by the Greek Tourism Ministry said on Friday.

Kountoura is as a candidate with the SYRIZA party in the European Parliament elections, to be held during May 23-26.

“I submitted my resignation today, in order to concentrate on a new battle for the future of our country in Europe,” Kountoura said in the announcement.

“Since 2015, our government has helped Greece step out of the crisis, and tourism has played a decisive role in achieving this goal… Through a targeted tourism strategy, we have managed to make Greece a top global destination,” she added.

In the announcement, Kountoura thanked the government’s ministers, her associates, the employees of the Tourism Ministry and the Greek National Tourism Organization, “for showing their best in order for Greece to stand out for its high-level hospitality”.