‘Art Makes a Difference’ at Makedonia Palace in Thessaloniki 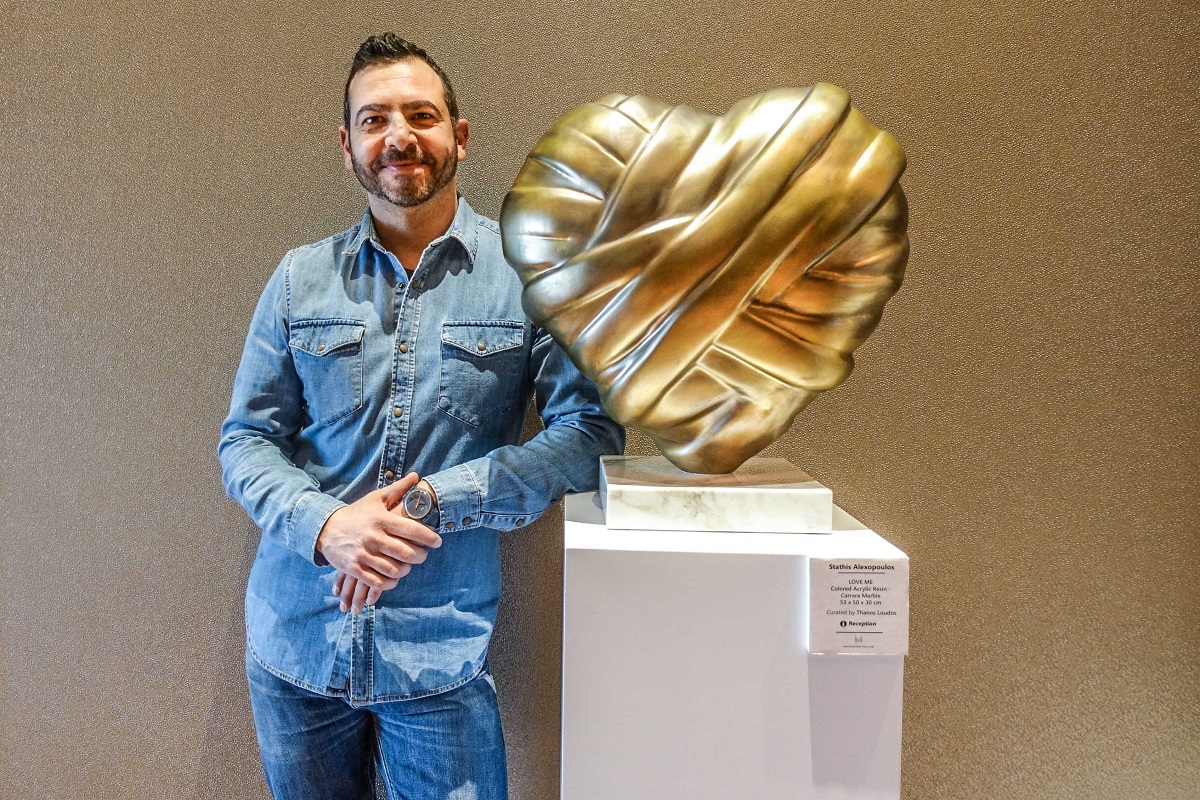 Sculptor Stathis Alexopoulos and his sculpture titled, “LOVE ME”. 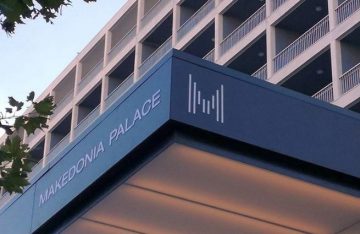 Organized in collaboration with art councilor Thanos Loudos, the exhibition includes selected artwork, as well as a large-scale sculpture titled “LOVE ME”, created especially for the hotel.

Sculptor Stathis Alexopoulos was born in Athens where he currently lives and works. He studied sculpture at the School of Fine Arts of Tinos and then at the Fine Art School of Aristotle University of Thessaloniki where he graduated with distinction. He has participated in many group exhibitions and won numerous awards in Greek and international sculpture symposiums.

According to an announcement, Alexopoulos uses Ancient Egypt’s  mummification techniques to redefine the form. His works connect the past with the present, aiming to bring the essences of time and art closer. His sculptures feature hubs formed by belts and stripes. 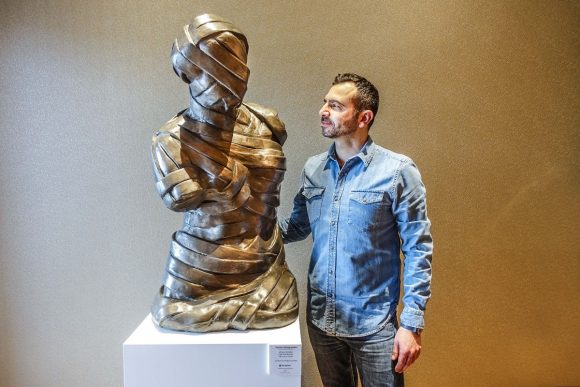 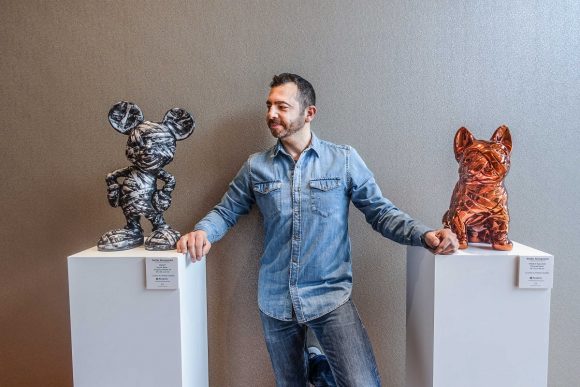 The exhibition is open to Makedonia Palace’s visitors and the residents of Thessaloniki in the main lobby, until September 2019. All sculptures are available for sale. 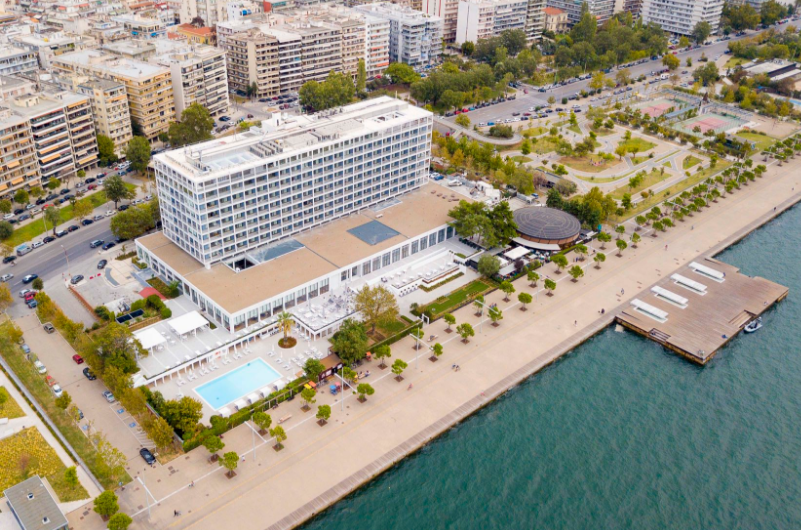 The five-star Makedonia Palace is Thessaloniki’s first luxury hotel established in 1971. Following its ambitious “Remake Project” in 2017, the hotel aims to further enhance its services and support the development of tourism in Thessaloniki and the wider region.

Marriott Runs for the Children and Cares for Clean Seas