The contribution of Athens International Airport (AIA) to the Greek economy has significantly increased during the last six years, due to a sharp rise in air arrivals and revenues generated within the airport’s economic system*, according to a study presented by the Foundation for Economic & Industrial Research (IOBE) during AIA’s 6th Airport Chief Executives’ Symposium, “ACES – Athens 2018”. 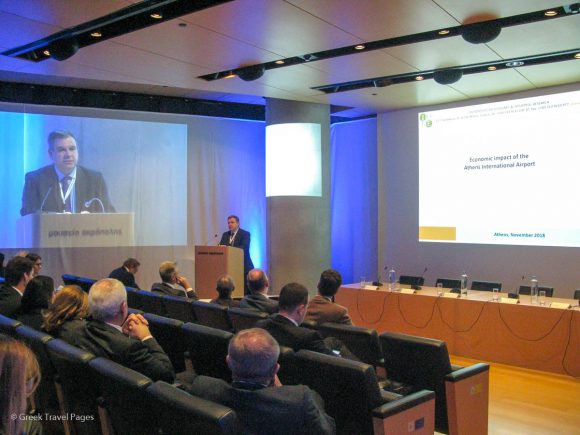 According to the study titled “The Economic Impact of Athens International Airport”, AIA’s contribution to the country’s GDP is estimated at 7.9 billion euros or 4.4 percent for 2017, from 2.6 percent in 2012.

The airport also contributed to Greece’s employment with 181,000 jobs, which corresponds to 4.8 percent of the total domestic employment for 2017. The percentage was at 2.5 in 2012.

IOBE Director General Nikos Vettas said that there are substantial multiplier effects for the Greek economy from AIA’s operation. “Greece got out of its third bailout program in August 2018, while Greeks have experienced a massive drop of income by 25 percent. On the other hand, ΑΙΑ has achieved the strongest increase in passenger traffic among the 30 largest European airports between 2013 – 2017,” he underlined.

The study revealed that during 2013 – 2018, air traffic at Athens International Airport increased by 92 percent, with international arrivals up by 116 percent in the same period. 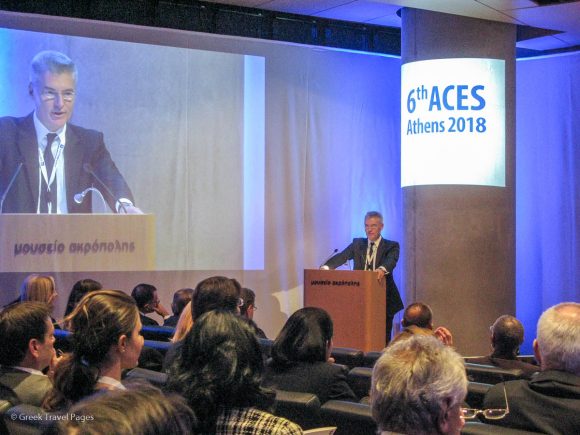 “Each euro produced in AIA generates 3.4 euros in the wider Greek economy. Likewise, each job in AIA corresponds to 4.5 full-time jobs on a national level,” Vettas said, also adding that the largest contribution to Greece’s GDP and employment comes from the operation of airlines.

According to data also presented during the symposium by AIA’s CEO, Yiannis Paraschis, international arrivals at Athens Airport in 2018 are expected to increase by 19 percent to 5.7 million compared to 4.8 million in 2017.

Nikos Vettas also referred to foreign expenditure and its impact on the Greek economy, underlining that one out of six foreign residents arrived to Greece through Athens Airport in 2017. Travel expenditure by foreigners reached 2.9 billion during the same year and directly contributed to Greece’s GDP with 1.6 billion euros. 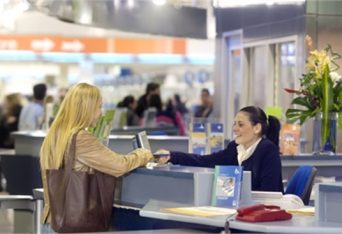 Meanwhile, the overall contribution of spending by incoming travelers through AIA is estimated at 4.1 billion euros for 2017 (or 2.3 percent of GDP).

In terms of employment, more than 102,000 jobs were supported by the arrival of foreign travelers on a national level during the same year.

* economic system is a system of production, resource allocation and distribution of goods and services within a given geographic area.