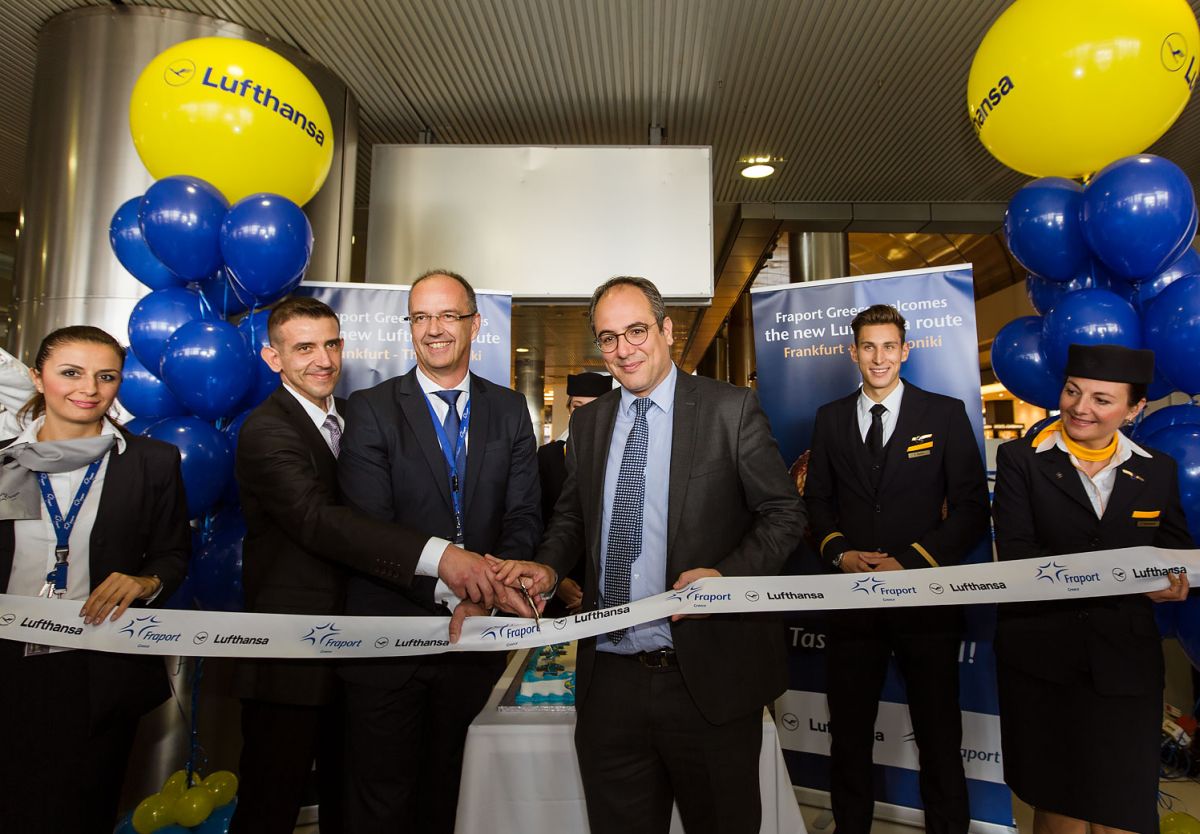 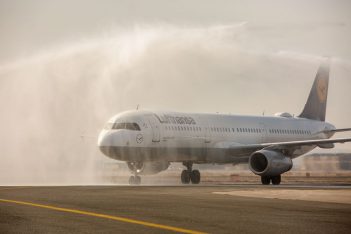 Lufthansa’s Airbus A320 was welcomed to Thessaloniki’s airport with a traditional water cannon salute.

“By launching the direct Thessaloniki-Frankfurt route, Lufthansa demonstrates its confidence in the development prospects of the wider region of Macedonia,” said Lufthansa Group’s general sales manager for Greece and Cyprus, Konstantinos Tzevelekos, referring to the airport as “a modern gateway to North Greece”.

“The potential of Makedonia Airport, combined with the beauty of Thessaloniki, which is a pole of attraction for tourists throughout the year, are the main factors that led the Lufthansa Group to resume its connection with Frankfurt,” said Lufthansa Group’s Peter Pullem, Senior Director Sales Central, Eastern and Southeast Europe.

The airline’s Airbus A320 was welcomed on Friday morning with a traditional water cannon salute, followed by a special welcome ceremony held by Fraport Greece. The airport of Thessaloniki is one of the 14 Greek regional airports that Fraport Greece manages. 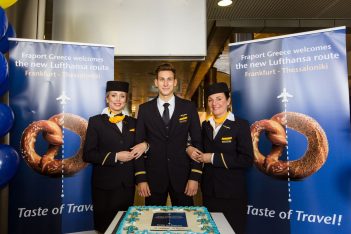 “It is a great pleasure to see day by day that Makedonia airport evolve into a hub not only for Thessaloniki and Northern Greece but also for the Southeastern Balkans,” said Alexander Zinell, CEO of Fraport Greece.

“Makedonia (airport) is linked to Frankfurt, one of Europe’s largest airports and economic center, and from there to the rest of the world,” he added.

Thessaloniki-Frankfurt flights will be operated with Airbus A320 aircraft, equipped with Lufthansa FlyNet, which allows passengers to remain connected to the Internet throughout the journey.